There’s a freezin’ reason the ground might seem to snap, crackle and pop in the depths of winter. 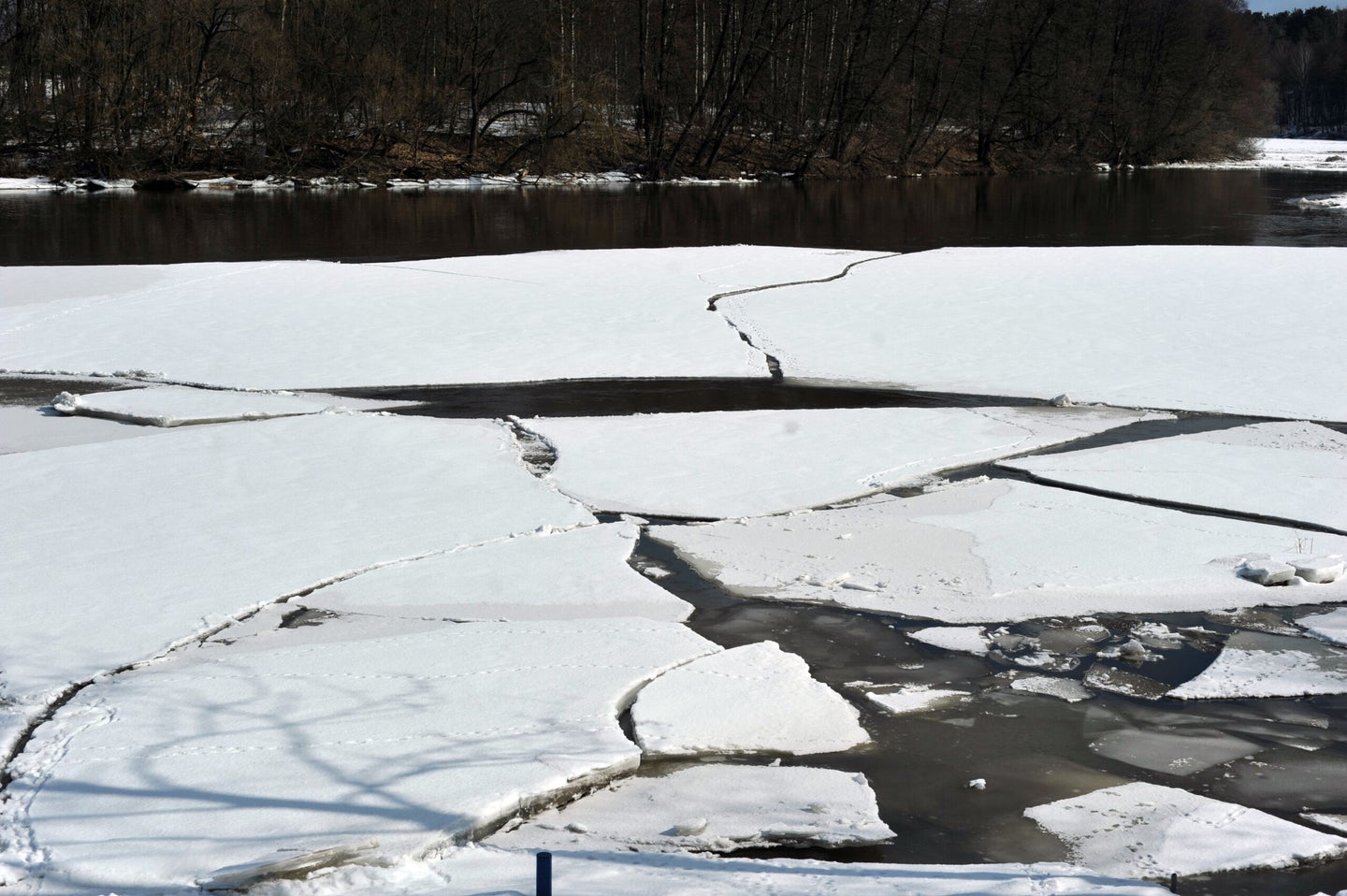 Frost quakes (also known as cryoseisms) can generate tremors, thundering sensations and explosive noises. But they are weather-driven, not tectonic.
SHARE

Last January, as Chicago suffered through a multiday subzero freeze, local TV station WGN asked viewers whether they’d been startled by any nocturnal bangs or booms.

One woman said she fretted all night about her pipes, roof and furnace. Another said she searched her whole home for intruders, knife in hand. Others wondered if frigid cold could kill birds mid-flight and send them spiraling downward. Meteorologists weighed in with their own explanation: Frost quakes.

“They’re kind of strange,” says Brian Jackson, a meteorologist for the National Weather Service who grew up with the cracks and booms of frost quakes in Rochester, New York. “If you’ve never heard them and then you hear one, it’s eerie.”

Like earthquakes, frost quakes (also known as cryoseisms) can generate tremors, thundering sensations and explosive noises. But unlike earthquakes—which occur when the slow-moving plates of the Earth’s crust suddenly slip—cryoseisms are caused by sudden cracks in frozen soil or underground water, and are weather-driven, not tectonic.

As simple as it is, water does some crazy things when it gets chilly. While other liquids shrink as they cool, water actually expands by about 10 percent when it freezes. That’s why an ice tray brimming with water produces domed ice cubes.

The same thing that happens in your freezer can happen underground. At subzero temperatures, the upper surface of ice is brittle—but underneath lies a more plastic, moveable ice, according to a 2018 paper by University of Western Ontario earth scientists. As underground water freezes, it expands and builds up pressure until a cryoseism explosively relieves the stress, like an overfilled balloon finally popping.

“This ear-splitting, fast-action fracture and clamor is a frost quake,” explain a pair of Illinois meteorologists, Steven Battaglia and David Changnon, in a 2016 article. A certain set of weather events come together to create the perfect conditions for frost quakes, they say.

Most importantly, cryoseisms require a sudden drop in temperature from near-freezing conditions to subzero ones. “It’s got to get cold quick, so all this water starts to freeze at the same time and there’s nowhere for it to go,” Jackson says, “Eventually it just snaps.”

Frost quakes also tend to occur in permeable and absorbent materials like sand or gravel that can easily become steeped in moisture from rain, sleet, or snow showers. A snow cover between one and six inches that is too thin to insulate the ground from an intense cold snap can also be a contributing factor. Bodies of water like a pond or a river can also provide reservoirs of moisture to saturate nearby sediment, explains Lucas Zoet, a glaciologist at the University of Wisconsin-Madison. Zoet speaks from experience: He once felt a frost quake near the university’s campus, which is located on a strip of land separating Lake Mendota and Lake Monona.

Surprisingly, it can be hard to differentiate a frost quake from your average bang. Small-magnitude seismic events like frost quakes can be hard to pinpoint since chemical explosions, mining-induced quakes, construction blasts and even major cultural events (like Ohio State football games) can generate their own seismic waves, according to the 2018 University of Western Ontario paper. But when the ground-shaking events occur alongside plummeting temperatures, cryoseisms become a more likely possibility—especially in regions that experience seasonal frost, like Canada and the Midwestern and Northeastern regions of the United States.

More than 200 years ago, in 1819, American geologist Edward Hitchcock purportedly made the first North American report of a frost quake. In a letter to the American Journal of Science, Hitchcock reported a large surface crack on the ground in Deerfield, Massachusetts. He wrote that “about one o’clock in the morning of March 4th, Mr. Seth Sheldon and family, living one mile south of this spot, and being awake, were alarmed by a loud report from the north, by which their house and furniture were much shaken.” Others living near the spot, Hitchcock said, were also awakened by the clamor, which he suspected was related to a nearby river flooding followed by a cold air front.

Meteorologists went on to document “tremors caused by freezing action” over the following decades, wrote geophysicist Andrew Lacroix in 1980. In January 1921, a series of simultaneous cryoseisms in Glens Falls, New York, were mistakenly lumped together into a reported earthquake. Thirty years later, on January 29, 1952, a cryoseism in Burlington, Vermont left 2-mile-long cracks in the ground, according to Lacroix. And just last month, Zoet explained to Madison, Wisc., residents they might have felt the city’s annual cryoseism.

“There’s not a lot of earthquakes in Wisconsin, so people are not used to experiencing those kinds of waves traveling through the earth,” he says. “But we get them at least once a year.”

Though they might be startling, the explosive wintery phenomenon is not considered dangerous. “You can imagine they might crack a sidewalk or something like that but they’re not shaking enough to knock a structure down,” Zoet says. “They’re not huge magnitude events.”