Dissecting a lightning strike, from flash to boom

The steps that lead from a charged sky to that signature bolt. 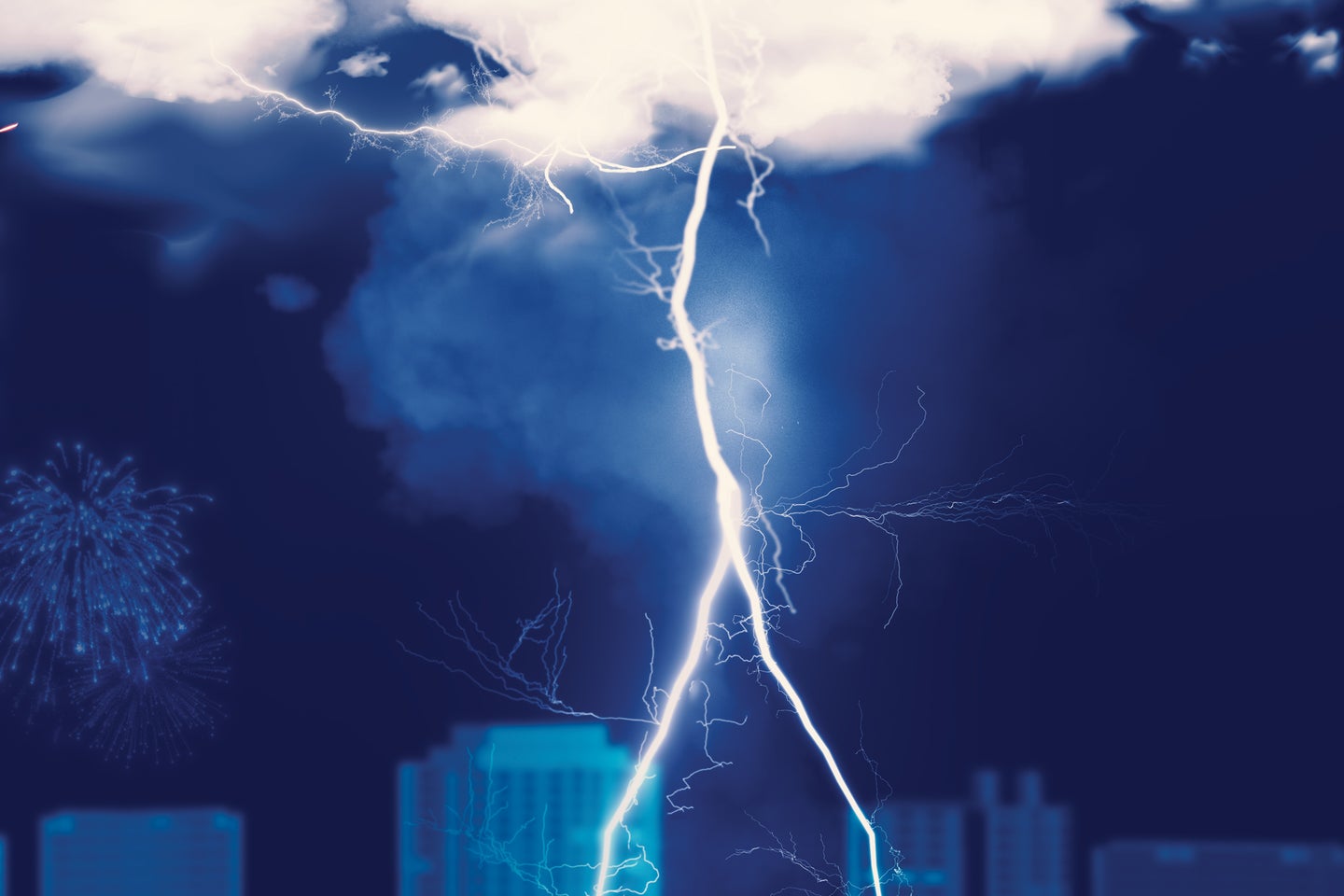 Most lightning just bounces around within its cloud of origin. But the rogue charges that ­escape are enough to dazzle observers, inspire awe and fear (which is fair—the zaps do kill a few dozen people in the US every year), and make some magnificent thunder. A typical cloud-​to-​ground strike lasts for just a fraction of a second. Here’s how the short but brilliant lifetime of a bolt goes down.

The show starts in a thunder­head, where ice particles collide so fast, they knock off each ­other’s electrons. That leaves posi­tive charges hanging near the top of the cloud, while negative ones accumu­late in the middle.

Energy zipping between opposing charges forms bolts. Given enough buildup, electricity escapes the cloud in a series of cascading branches roughly 160 feet long; a new spur forms every 50-millionths of a second.

As negative charges shoot down from the cloud, they repel electrons—leaving positively charged columns of air stretching up from the earth and the tops of buildings and trees. When one of these connects with a bolt’s branch, the merger sets the lightning’s path.

The meetup forms a wire in the sky that sends electrons spilling into the ground and carries about 30,000 amps (enough to power 2,000 wall sockets). The bolt looks like an instant flash but actually zaps up its path at one-third the speed of light.

Much more rarely, a cloud’s positively charged upper region manages to connect with negative particles on the ground. Such strikes can carry 300,000 amps, and are so strong, they can make landfall as far as 25 miles from the storm itself.

Here’s the boom: The main stroke heats air to around 50,000 degrees Fahrenheit, causing gases to expand and create a shock wave. That force weakens to audible sound as it travels, eventually reaching your ears as thunder.

You see lightning instantly, but thunder moves at—​you guessed it—​Mach 1. That familiar trick for calculating distance really works: Begin counting when you see the flash, and stop when you hear the crash. For every five seconds, the strike is about a mile away.