Not just cockroaches: Here are other crazy objects found in people’s skulls

Warning: This post may cause you to believe something is residing in your skull. Don’t worry, it's all in your head. 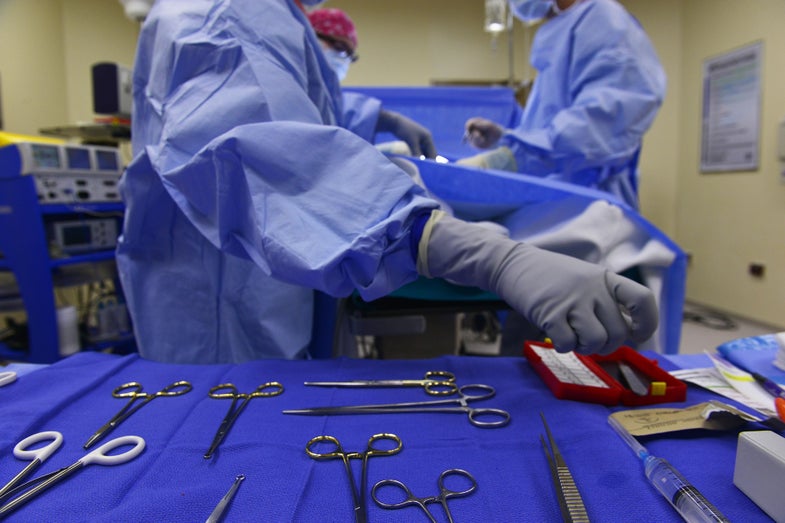 A 2007 report in the Indian Journal of Psychiatry tells of an 18-year-old boy who—after a motorbike accident that injured his right parietal—underwent brain surgery. Nine months later, he was experiencing psychiatric and behavioral problems. An X-ray revealed a dense area right in the spot that had required surgery. When doctors opened his skull back up, they found a piece of cotton gauze that had been left behind. The boy's symptoms disappeared after its removal. Pixabay
SHARE 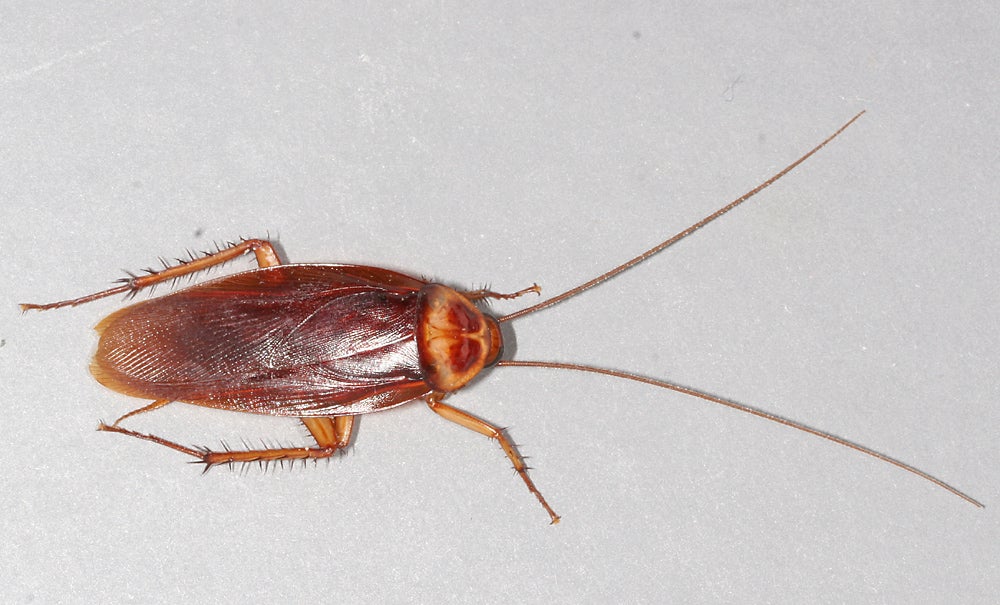 Doctors removed a cockroach from a woman’s nasal cavity this week.

This week, The Times of India reported on a 42-year-old Indian woman who went to the emergency room complaining of a severely painful “tingling, crawling sensation” in her head. Two sets of doctors couldn’t figure out the cause of her pain, but the third set finally made a breakthrough: They determined it was a “foreign body that seemed to be mobile,” ordered a scan, and found a living, fully-grown cockroach lodged inside her nasal cavity. Doctors quickly guided a flexible tube called an endoscope up the woman’s nose to remove the bug. Luckily, everything turned out okay for both the woman and sneaky pest, which doctors noted was crawling around a petri dish after it had been removed.

Don’t panic. Adult-sized, living cockroaches making their way up someone’s nostrils without them knowing it is an extremely rare event. However, finding objects that don’t belong in someone’s skull is not that uncommon in the medical world. In fact, according to the Indian Times, the doctor that successfully removed the roach already had the pleasure of excising beads, a button cell, a leech, and chalk from other unfortunate noggins.

Here are some other reports of crazy objects making their way into available brain passages: 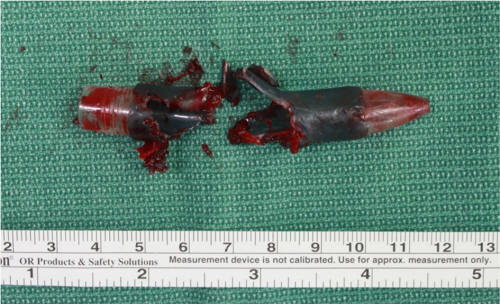 Hazards of the classroom

In the January 2014 issue of the Journal of Medical Cases, doctors in South Korea report on a 13-year-old schoolboy who apparently fell in his classroom, resulting in a few minutes of syncope (fainting). When doctors did a precautionary CT scan, they found an “air-filled tubular structure” in his right sinus area. Upon removal, it turned out to be the tip of ballpoint pen, measuring 8 cm x 1 cm.

In 2014, The New England Journal Of Medicine reported on a four-month-old infant who had a tumor surgically removed from his brain. Upon excision, doctors found that the tumor contained a few fully-grown teeth. Further analysis showed that the tumor was a craniopharyngioma, a very rare type of brain tumor. Apparently, researchers studying this tumor already believed that it formed from the same substances that form our teeth, but this was the first time that doctors had seen one with actual teeth inside. 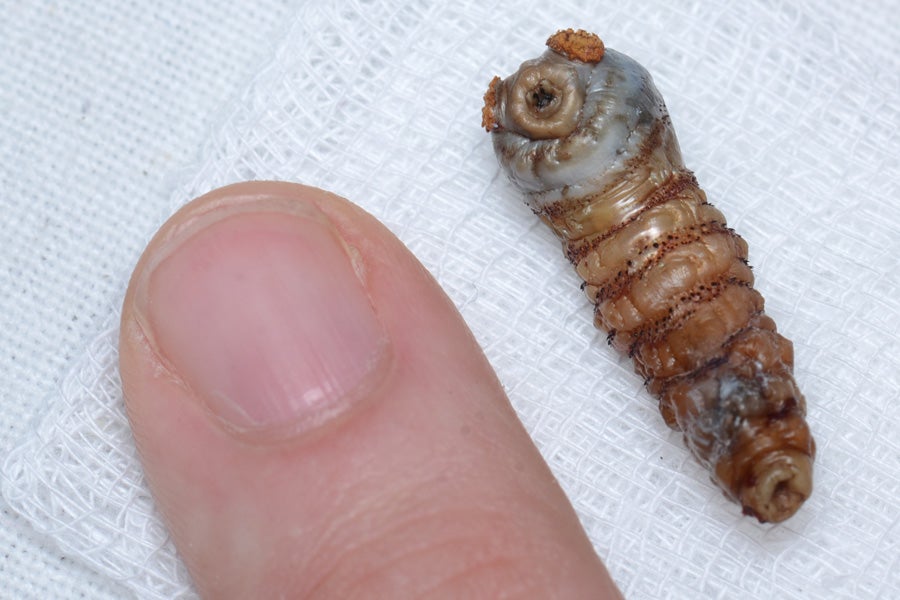 In 2007, Aaron Dallas of Carbondale, Colorado went to his doctor after noticing bizarre, bleeding bumps on top of his head—that were prone to wriggle. “I’d put my hand back there and feel them moving,” he told a local paper at the time. His doctors identified and removed five botfly larvae living inside his skull, which he apparently acquired on a trip to Belize. 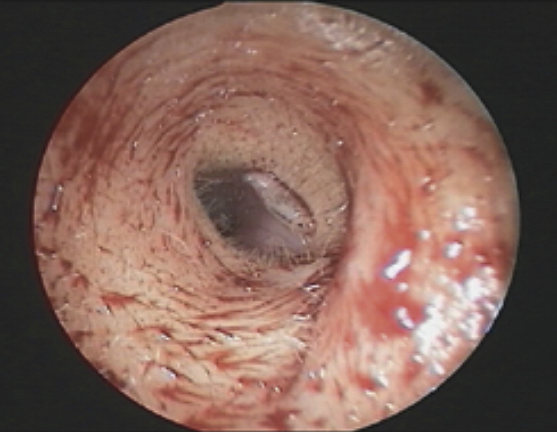 Apparently your ear is a much more common location for foreign bodies to enter than your nose, as some studies have reported. So it’s no surprise that a bunch of bugs have gone this route. In 2014, NBC News reported that a 48-year-old woman with a bad earache actually had a live fruit-fly larva resting comfortably beneath her hearing aid. Doctors reporting on the case in the New England Journal Of Medicine said that the bug was found happily crawling deep within her left ear canal. If you need to see video to believe it, you can find it here. 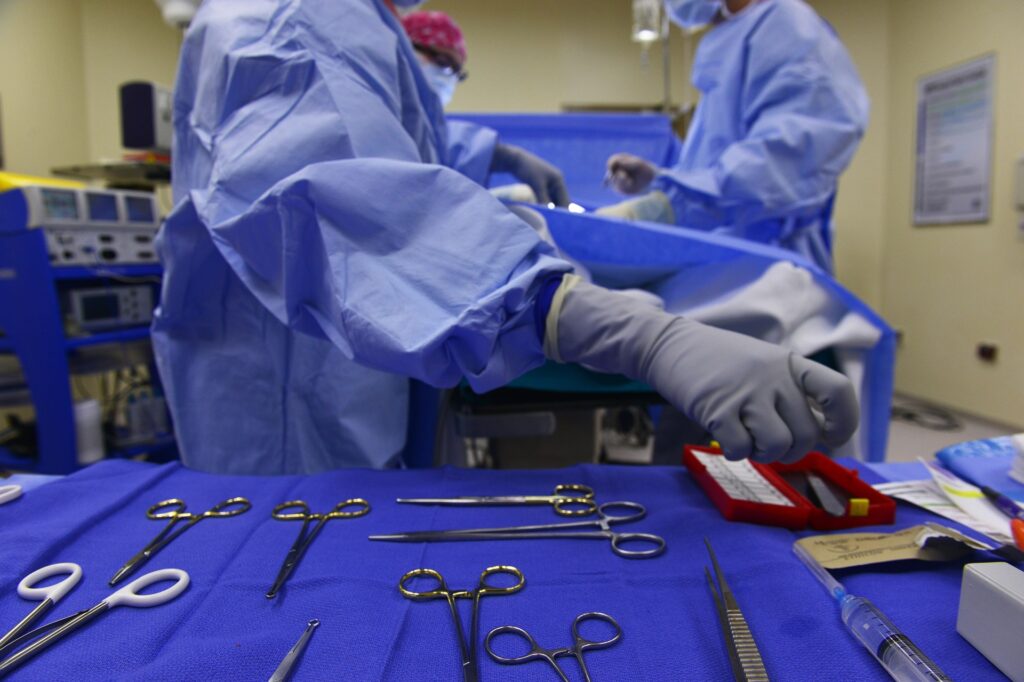 The case of the mind-altering cotton gauze

A 2007 report in the Indian Journal of Psychiatry tells of an 18-year-old boy who—after a motorbike accident that injured his right parietal—underwent brain surgery. Nine months later, he was experiencing psychiatric and behavioral problems. An X-ray revealed a dense area right in the spot that had required surgery. When doctors opened his skull back up, they found a piece of cotton gauze that had been left behind. The boy’s symptoms disappeared after its removal.

Lastly, it’s important to note that the aforementioned Indian woman was absolutely not the first person to have a cockroach crawl into a bodily crevice. Some doctors claim that cockroaches and flying insects are actually the most common living things to enter the ear canal. A 2014 BBC report told of a man who had a 2 cm cockroach removed from his ear. Its a scary world, you guys. Good luck out there.