The world’s oldest, deepest lake is full of life. Humans are changing that. 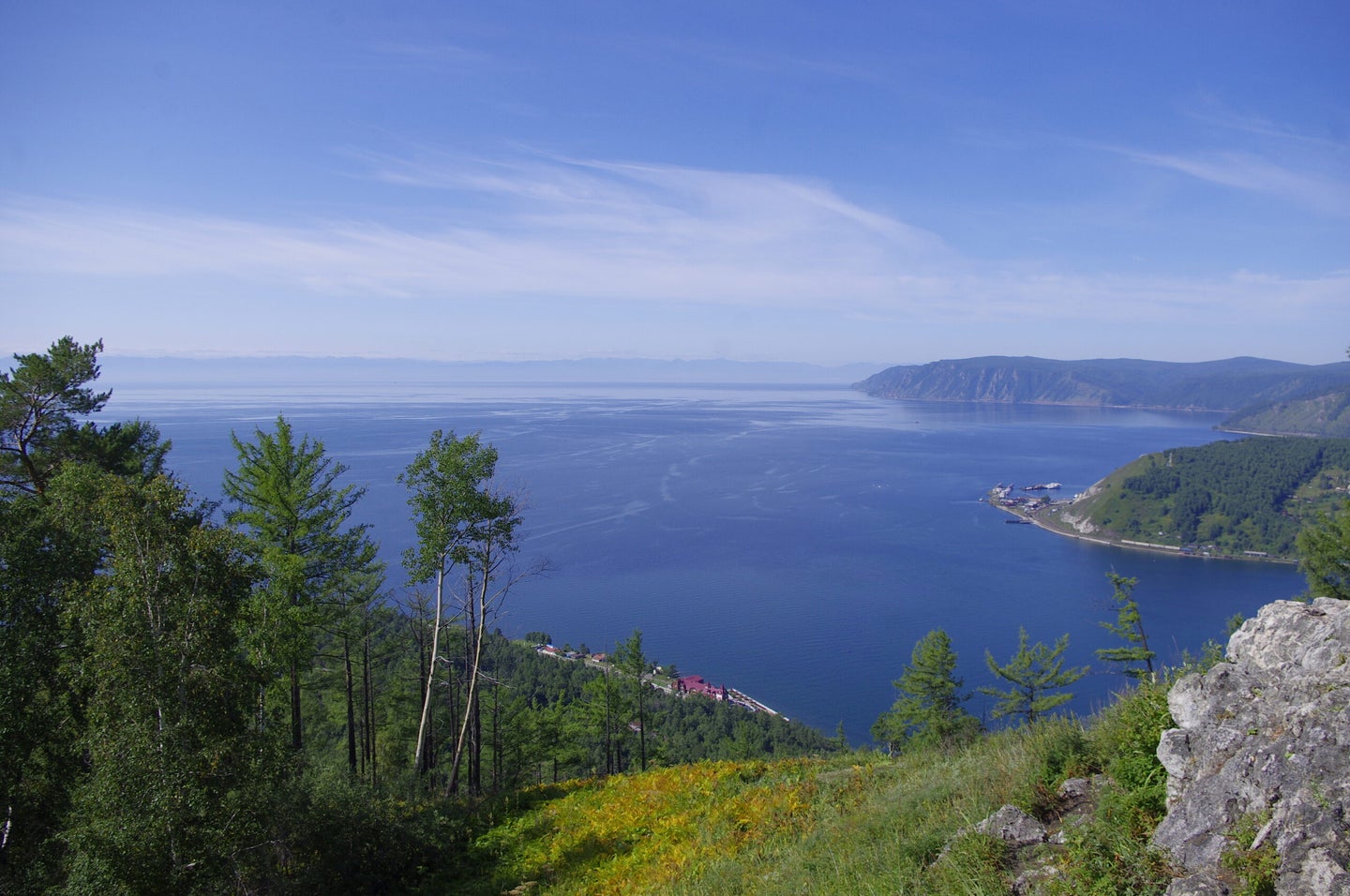 Lake Baikal is the world’s oldest and deepest lake. It’s at least 20 million years old, and roughly a mile deep at its lowest point. The Siberian lake contains holds more water than all the North American Great Lakes combined, what amounts to more than one-fifth of all the water found in lakes, swamps and rivers. It was formed by the shifting of tectonic plates, which created a valley that filled with water. That shift continues today at a rate of around 1 to 2 centimeters a year, meaning the world’s biggest lake is only getting bigger. What’s more, Lake Baikal — the name means “nature lake” in Mongolian — is rich in oxygen from top to bottom, meaning life can thrive in its furthest depths. In most deep lakes, the lower waters are absent of oxygen. The surfeit of oxygen helps support a rich diversity of life. Most of the species in the lake —often called the “Galapagos of Russia” — are found nowhere else in the world. UNESCO has designated Baikal a World Heritage Site, calling it “the most outstanding example of a freshwater ecosystem,” saying “its age and isolation have produced one of the world’s richest and most unusual freshwater faunas, which is of exceptional value to evolutionary science.” So it seems especially tragic that Lake Baikal — like many critically important ecosystems around the world — is now under siege from climate change. Its wildlife face increasing dangers from rising temperatures and pollution. In some places, untreated sewage has fed the growth of green algae, which gobble up oxygen, leaving little or none leftover for other marine life.

“These threats interacting together pushes the lake into unknown territory, for which we can only speculate on the outcome,” said George Swann, a researcher at the University of Nottingham’s school of geography and co-author of a recent study in the journal PLOS ONE that examines the risks climate change poses to the lake.

Climate change has been causing the lake’s water temperatures to rise, reducing ice cover, a trend researchers expect to continue. What’s not been clear until now is the extent to which these changes have affected diatoms, microscopic algae that sit at the base of the food chain and help uphold the ecosystem.

What the researchers found was alarming: diatoms have been declining rapidly as the lake gets warmer. This is bad as these algae provide essential nutrients to other creatures in the water, such as plankton, fish and the world’s only freshwater seal, the Nerpa, found only in Lake Baikal. Currently, the Nerpa are safe, but “the potential risk is that as diatoms change, this could, in time, lead to impacts further up the food chain that ultimately impact the Nerpa and their food,” Swann said.

The scientists found that other diatoms have been replacing the native diatom species. The invading diatoms, found more commonly in other parts of the world, are lighter and have grow faster. This change is having a ripple effect on the lake, causing a shift in feeding patterns, and possibly the lake’s natural cycle of energy and nutrients.

“We already see changes in population numbers of different types of zooplankton which eat the algae,” Swann said. “We can also speculate that a warmer lake may become more vulnerable to invasive species, several of which, including some aquatic plants, have already gained a foothold in the bays and coastal reaches.” The scientists learned about changes in the ecosystem by examining sediment drawn from the lake.

“After death, diatoms sink through the water column with their fossilized remains accumulating alongside other mud at the bottom of the lake,” Swann said. “We collected mud that contains these fossils from across the lake, and used a microscope to examine what species were present. By then dating this mud, we can see how the diatom species have changed across Lake Baikal over the last 100 years.”

While the entire lake is warming, the decline of native diatoms currently is confined to only one part of the lake, its south basin. Also, while the shoreline of Lake Baikal is suffering from pollution — there already are algae blooms along long stretches of the shoreline — there is no evidence yet that it is hurting diatoms in the deeper open waters.

“Although climate change is impacting the north basin — for example, seasonal ice is thinning as the lake warms — it is still a very hostile place for the growth of most diatoms, and our data show that only the most specialized species continue to flourish,” Swann said. “This may well change in the future.”

Moreover, while pollution is abundant enough to worsen water quality along the shoreline, as reaches the further into the lake, it is diluted by clean water. “However, we can’t rely on this process continuing in the future,” he said. “We know that these shoreline regions can act as early indicators of future widespread change.” As pollution accumulates, oxygen-hungry algae may grow in other parts of the lake.

Moreover, the double whammy of pollution and global warming “can often have the same impact,” he added. “So both together mean the lake will become stressed from a number of different factors at the same time.”