Q&A: To Solve The Water Problem, We Need To Solve Energy

Answers from the U.S. Department of Energy’s Michael Knotekon on the "water-energy nexus" 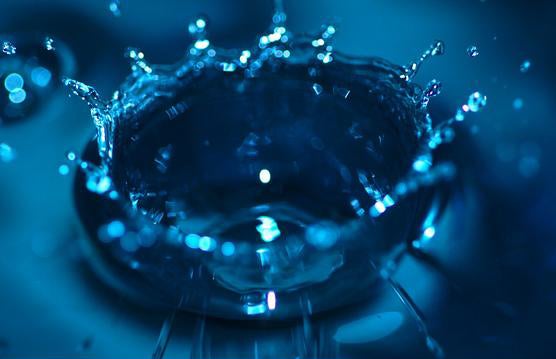 Within policy circles, people often bandy about the term “water-energy nexus.” Like most wonk-speak, it’s a rather complex way to express a simple relationship. Energy production requires a tremendous amount of water, almost on par with irrigated agriculture. And water production needs a lot of energy, for pumping, treating, and transportation. They’re interdependent. And therein lies the problem. We asked the U.S. Department of Energy’s Michael Knotek, the deputy under secretary for science and energy and a scientist himself, how to plan for a future in which we’ll demand a lot of both.

Why worry about the water-energy nexus anyway?

If you look around the world, the water-energy nexus is the first thing foreign governments talk about, particularly in developing countries. Over the next 40 years, we’re going to have a growing population and an evolving climate system. So we’ll be facing, almost in real time, a continually evolving set of challenges.

That could create big issues geopolitically. If you want to know where the big conflicts in the world are going to occur, you go to places that are right at the edge today. Take, for example, the parts of India and China that are currently dependent on very few sources of water. They could be impacted heavily by climate change. As the population grows and their economic productivity goes up, they’re going to be much closer to being at the crisis point than we are. Much closer.

What about here in the U.S.?

The western United States has similar issues. How are we going to manage water needs when the population’s growing and the climate models say the region will face serious problems? We have to prepare the whole country to deal with that. It may turn out that we have to move a lot of water around this country sometime in the next 30 to 50 years.

“We may have to move a lot of water around this country in the next 30 to 50 years.”

Where do we start?

The first thing we need to do is to look at the big challenges. Those go all the way from the materials underlying new technologies to systems analysis. But we also need enough data and data-management systems to understand the water-energy interface across this country. Once you understand it, the question is, What are you going to do about it?

What is the DOE doing about it?

We have a tech team around water-energy, which cuts across all of our programs. It also intersects with our national laboratory system. Desalination is big on the energy-for-water side of things. We’re also looking at new power systems for the thermo-electric cycle—for example, supercritical carbon dioxide as opposed to steam as a driver for the turbines on power plants.

Most renewables, except for hydropower, don’t need much water at all, if any. And there’s a lot of recovered, or produced, water that turns out is very usable. In the case of fracking, where this water can be an issue, people have to learn how to use it again or treat it in another way.

Where does climate change fit in?

If you have a more climate-impacted world in the future, you’re going to have more droughts and floods. So everything is going to have to be hardened against extreme weather. That’s just going to be a feature of all our systems. Look at what happened with Hurricane Sandy. Whether it was or was not a climate change event is arguable, but what it did do was demonstrate the vulnerability of coastal populations and infrastructure. It just went in there and caused a mess.

What more can we do?

I’ve been working on the problem of new energy systems for 40-plus years. The mindset has always been that if you can understand the problems, you can solve them. But you’d better understand them first. And you’d better get a sense of urgency. We have to start preparing for the future. We can no longer just whistle past the graveyard.