3 of the biggest climate decisions from COP27

The United Nations conference ended on a mixed bag of action and agreements. 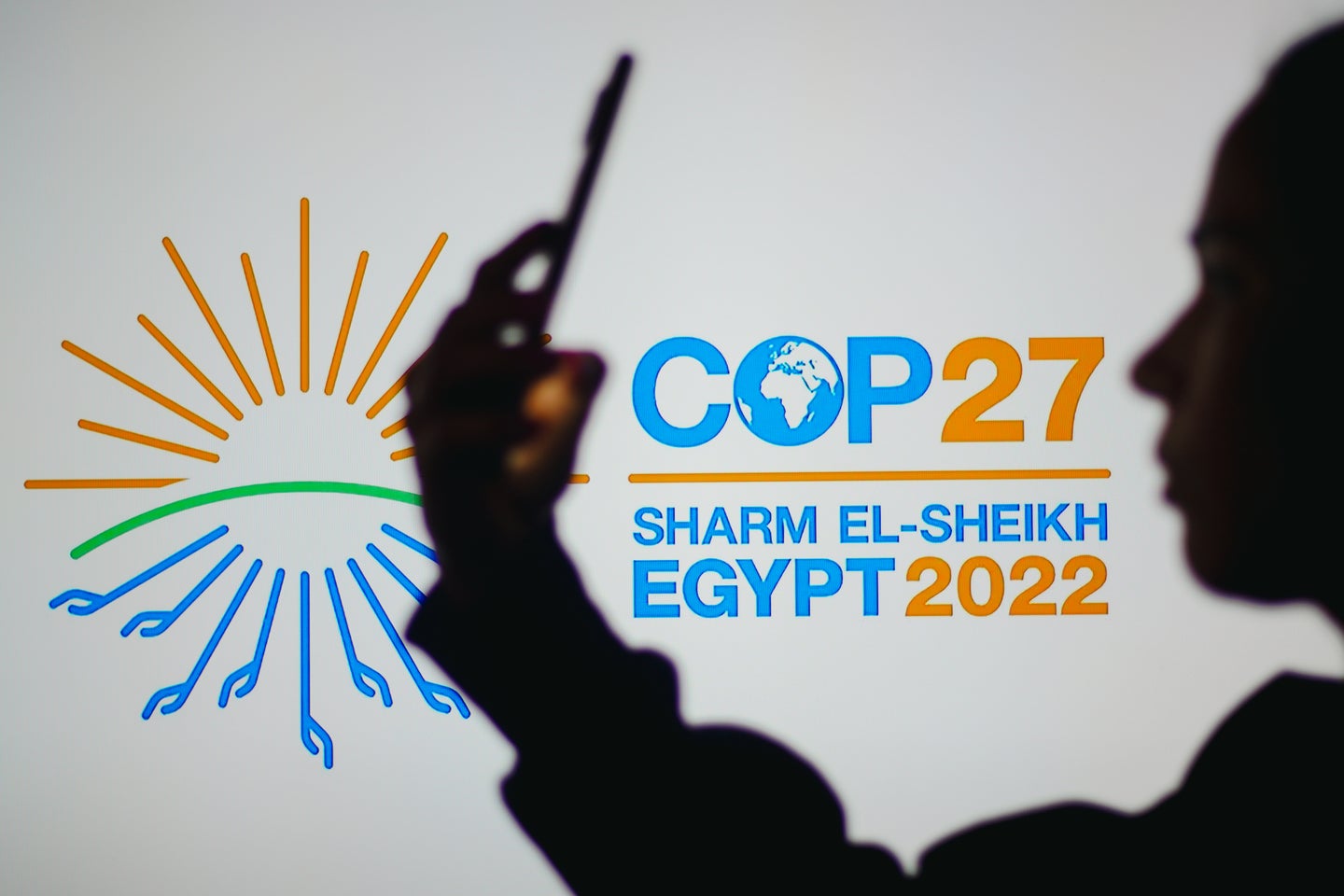 The next COP conference is set to take place in Dubai. Deposit Photos
SHARE

On Sunday, the United Nations’ annual climate change conference came to a close in Sharm el-Shieth, Egypt, following two weeks of meetings and talks by over 200 countries. Issues ranging from funds for climate justice to maintaining the goals set by the 2015 Paris Climate Accords were on the to do list, and the conference was attended by more than 45,000 people.

Here are three of the main takeaways following year’s meeting.

A climate justice fund is finally in motion

After years of debate and resistance from wealthier countries, a deal was signed to create a fund to help developing countries pay for damages and losses due floods, storms, and drought that are made worse by climate change. The decision, called the Sharm el-Sheikh Implementation Plan, calls for a committee with representatives from 24 countries to figure out what form the fund should take, the countries should contribute, and where the money should go over the next year.

Countries primarily from Africa, Asia, the Caribbean, South Pacific, and Latin America fought to add this fund on the formal agenda, and maintained a pressure campaign on the matter of climate justice. Developing countries do little to contribute to the climate crisis, while facing the worst effects of it.

“The announcement offers hope to vulnerable communities all over the world who are fighting for their survival from climate stress, and gives some credibility to the COP process.”” said Sherry Rehman, Pakistan’s minister for climate change. Pakistan lead a group of 134 developing nations pushing for loss and damage payments, following the country’s devastating flooding over the summer. The devastating floods pushed one-third of the country under water and was exacerbated by global warming. It was responsible for 1,500 deaths and caused roughly $30 billion in damages, all as Pakistan contributes less than 1 percent of the world’s emissions.

Roughly 636 representatives from fossil fuel companies were part of representative delegations and trade teams, much to the frustration of climate activists. A final deal brokered by the host Egyptian delegation did not explicitly put phasing down fossil fuels in the final text of this year’s agreement. The final agreement instead encourages “efforts towards the phase down of unabated coal power and phase-out of inefficient fossil fuel subsidies.”

The deal also calls for the phasing down of unlimited fossil fuel powers and some fossil fuel subsidies, but the use of fossil fuels was affirmed for the near future, with United Arab Emirates President Sheikh Mohammed bin Zayed al-Nahyan saying the UAE would continue to deliver oil and gas “for as long as the world is in need.” The UAE, which produces an average of 3.2 million barrels of oil per day, will host next year’s climate summit (COP28) in Dubai.

The tepid language and incomplete fossil fuel reduction was seen as not enough by many attendees.

“Over the past year, our climate leadership has been tested in many ways,” said Dan Jorgensen, acting climate and energy minister for Denmark. “We are not calling for any sudden disruption of energy supplies, but we must equally recognize that the energy crisis is driven by the dependency on fossil fuels.”

[Related: Three nations pledge to reverse decades of destruction in the rainforest.]

Many countries are still committed to the 2.7 Fahrenheit (1.5 Celsius) target

Desipe a 50/50 chance that the world will exceed the 2.7 Fahrenheit (1.5 Celsius) of warming over the next five years, many more developed countries showed a commitment to strengthening the promise to keep that goal set in 2015 alive.

However, the final agreement did not include a reference to the phasing out of all fossil fuels, which many scientists believe is necessary to advance the decision made during COP26 in 2021 to phase down the use of coal.

“The current text is not enough. But we’ve shown with the loss and damage fund that we can do the impossible. So we know we can come back next year and get rid of fossil fuels once and for all,” said Kathy Jetnil-Kijiner, the Climate Envoy of the Marshall Islands, who along with other island states fear near total destruction if temperatures rise above this threshold.

Commitment and belief in this temperature threshold appears to be a difference between different major players. China has several concerns about the 1.5 goal. Li Shuo, a policy adviser for Greenpeace based in Beijing told The New York Times that the goal would put pressure on the Chinese government to implement a more stringent target for cutting greenhouse gases in China, which the government wants to avoid. Meanwhile, representatives from the United States and the EU both said that any final agreement must underscore the importance of limiting warming to 1.5 degrees.

Other key moments include the US and China re-kindling cooperation around climate change and Brazil’s president-elect Luiz Inacio Lula da Silva declaring “Brazil is back” in the global climate fight. Lula defeated right-wing President Jair Bolsonaro, who refused to hold the 2019 climate summit that was originally planned for Brazil and presided over mounting destruction of the rainforest.