This worst-case climate scenario might be the most realistic

Climate scientists are still debating what's the most likely outcome, though none of them are looking good. 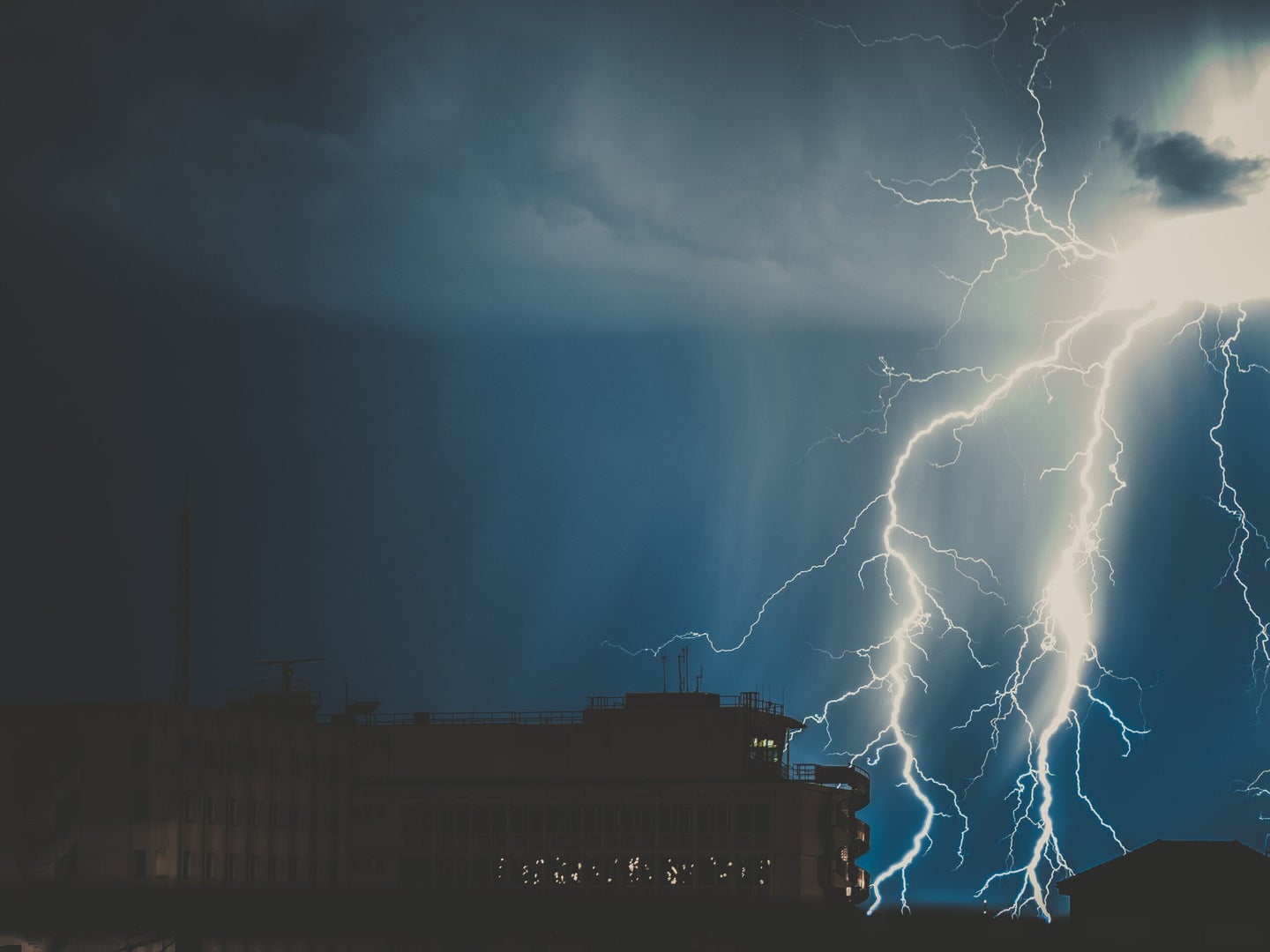 A worst-case climate scenario will mean many more severe storms in our future. Artur Aldyrkhanov/Unsplash
SHARE

With news every day of environmental protections being stripped away, hotter summers, more powerful storms, and biodiversity in crisis, it’s perhaps easy to assume we’re on a dangerous path for climate change. However, among climate scientists, there’s a surprising amount of debate around the so-called “worst-case” scenario and whether it’s fair to say we’re going down that route.

The technical term for this worst-case scenario is Representative Concentration Pathway (RCP) 8.5. The Intergovernmental Panel on Climate Change first used the RCPs in preparing their Fifth Assessment Report, published in 2014. There are four main RCPs: 2.6, 4.5, 6.0, 8.5. The numbers represent different values for radiative forcing, a measure of how much of the sun’s energy the atmosphere traps. Starting with 2005, the RCPs project the trajectory of greenhouses gas into 2100. Each projection has different assumptions about future human population, economic activity, and fossil fuel use.

All except RCP 8.5 include climate change mitigation. For that reason, it’s sometimes also called a “business-as-usual” scenario—in which we continue to pump carbon dioxide into the atmosphere with abandon, including by increasing coal use by about 500 percent by 2100.

On Monday, Christopher Schwalm and colleagues at the Woods Hole Research Center published a report in Proceedings of the National Academy of Sciences that argues we are indeed in line with RCP 8.5′s trajectory. But other scientists argue that RCP 8.5 doesn’t provide an accurate picture of what’s happening now, and is especially unlikely as a future scenario moving into 2100.

Schwalm found that, since the RCPs were developed, we’ve been closest to that worst-case pathway. For the past 15 years, our greenhouse gas emissions have tracked most closely with those projected under RCP 8.5. “It was designed to track the high end of what might be plausible,” says Schwalm. But it appears to match what’s happened since then and into the near future. “It is a very good characterization of where we are going to be if current trends are simply extrapolated out forward in time … And it tracks historical emissions within 1 percent.”

Schwalm and his team also considered where we might be heading. Putting together historical emissions, energy-related emissions forecasts created by the International Energy Agency, and policy commitments by countries, they projected where we might end up in 2030 and 2050. That pathway, it seems, is somewhere between the emissions of RCP 4.5 and 8.5. The authors argue that if you consider some of the factors the RCPs don’t include—including complex feedback loops like permafrost degradation that will probably result in greater emissions—it’s best to plan for an RCP 8.5 world.

Schalm thinks that, considering how close we are to matching the RCP 8.5 path now and into the next couple decades, it’s worth using it as a tool in planning. If you’re building a dam today that needs to sustain the impacts of a warmer climate, it may be wise to consider what an RCP 8.5 world will do to the intensity of storms in 2050 just in case. “The overall terms of the debate, in terms of trying to understand what a useful scenario is, really have to be much more focused on the near term as opposed to the end of the century,” says Schwalm. “That is much more important, both from a policy standpoint and just from a standpoint of human relatability, than some technical discussion about the level of coal use that may or may not happen 80 years from now.”

Not all climate scientists agree with Schwalm. Some, including Zeke Hausfather, director of climate and energy at the Breakthrough Institute, have issues with describing RCP 8.5 as similar to our current track because its underlying assumptions about energy use don’t match reality. For example, it projected that the  world will use five times as much coal as it did in 2005, due to a growing population and weak market for alternative energy. As Hausfather explains, global coal use peaked in 2013 and the especially-dirty fossil fuel seems to be slowly losing steam. Although our emissions on the surface are similar to the 8.5 track right now, we’ve already started moving away from it’s assumptions on fossil fuels.

Hausfather says that framing this climate scenario as the one we’re on track for is misleading. He says that RCP 8.5 way underestimates emissions that rise from changing land uses (think, a forest being chopped down for use in agriculture), and conversely overestimates energy emissions. Therefore, while total emissions so far match the worst-case projection, it’s not because we’ve been burning fossil fuels at quite the rate projected by RCP 8.5. As Hausfather put it, “It’s the right answer for the wrong reason.”

The RCPs were formulated in 2005, and a lot has changed in energy and policy since then. Experts have estimated that, based on the policy commitments countries have made since then, we’re most likely on track to warm the planet by 3°C at the end of century. RCP 8.5, however, puts us at around 5°C. This is important because numerous studies use the 8.5 trajectory to predict the resulting impacts of a world warmed under that scenario. Hausfather thinks researchers should use less-extreme climate scenarios than RCP 8.5 to provide a clearer picture of what we’re potentially in store for.

Where the two scientists agree is that we should not just throw away this worst-case pathway. As Hausfather explains, there are certainly scenarios in which we could reach an RCP 8.5 level of warming by 2100, or at least close to it. And it’s probably best not to ignore a worst-case scenario with something as profoundly impactful as climate change.

Adding another dimension to the RCP projections could help. As part of its next assessment, the IPCC has developed Shared Socioeconomic Pathways, or SSPs, which interact with the RCP scenarios to influence the pathways of our emissions. For example, in a world of “resurgent nationalism,” as one SSP describes, countries may fail to cooperate on climate agreements, and spiral toward a future of 4°C warming in 2100. Considering these SSPs, which also include information about land use change, will help scientists make better predictions.

Even as climate scientists improve these projections, though their main message hasn’t shifted much over the decades. “The overall narrative that was articulated some 30, 40 years ago, is really the exact same one that we have today, which is we have to wean ourselves off of fossil fuels,” says Schwalm. “And the sooner we do that, the better.”