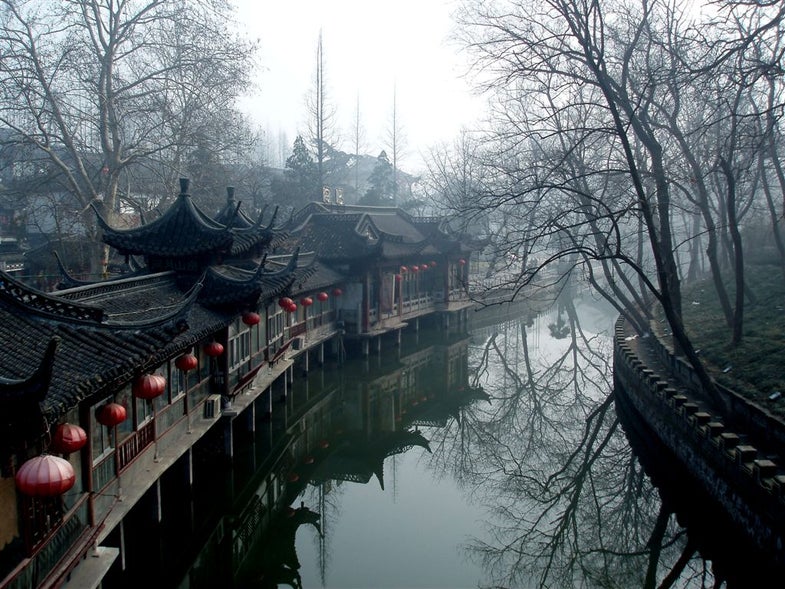 Drone delivery works best in places where people aren’t. Unmanned machines navigating through dense, populated areas are doubly disadvantaged: more people to avoid, and plenty of cheaper, faster competitors to compete with. If drone delivery becomes a thing, and plenty of companies such as Amazon are intent on making it so, it will start in places that are challenging for cars, not worth it for helicopters, and slow for people on foot or bicycles.

All signs point to drone delivery taking off first in rural areas, and according to China’s state-owned news service Xinhua, Chinese online retailer JD.com is using drones for delivery.

The drones carry up to 33 pounds of cargo, over a distance of 12 miles, and at a top speed of 33 mph (24 mph in moderate rain or wind), according to JD.com’s vice president, Xiao Jun, who also said the flights each cost less than a dime. The drones are currently only used in Jiangsu Province, which is mostly low-lying coastal plains sometimes crossed with canals. That’s a fairly ideal environment for drones, and a fairly difficult one for cars and trucks.

That’s especially important, as the drones aren’t delivering to customers directly. Instead, they’re stocking up warehouses. From Xinhua:

Previous drone delivery successes are also from rural areas. In Germany, DHL flew drones between designated stations in the Bavarian mountains. When Australia’s postal service tested drone delivery, they used it to extend the reach of delivery trucks in rural areas.

Drones, rather than replacing other forms of delivery, are becoming part of larger logistics networks. If Xinhua’s reporting is accurate and JD.com’s drone delivery service is working, then it’s part of just a larger delivery network. Not as exciting as an all-drone “Droney Express,” perhaps, but likely more useful.