DHL Delivery Drone Is Three Times As Fast As A Car

A fraction of the cargo capacity, though 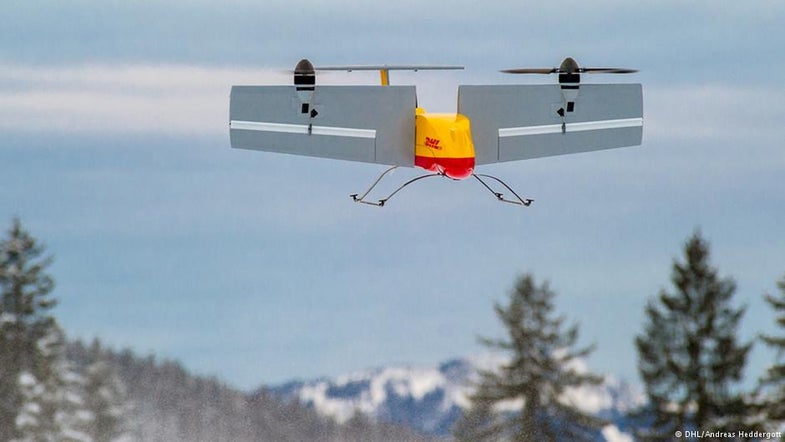 This first draft of history is messy. We accept now that the Wright Brothers were the first to achieve powered, human flight, and that they did so on December 17th, 1903. They were hardly the first to experiment with flight, though, and at the time the brother’s work was viewed skeptically by many rivals. In the new age of drone flight, video and the internet make success easier to prove, but it’s the exact definition of success that’s hard to pin down. Today, DHL claimed major progress in drone delivery, joining the ranks of other companies claiming the same.

DHL’s parcelcopter drone is the latest in a series of DHL delivery drones. The first was a quadcopter that carried blood across a river for testing. Since then, they’ve kept testing and improving delivery, with autonomous drones flying through bad weather. The current version instead is a vertical takeoff or landing (VTOL) craft, which flies between locations like a plane but takes off and lands with rotors pointed upwards like a helicopter. 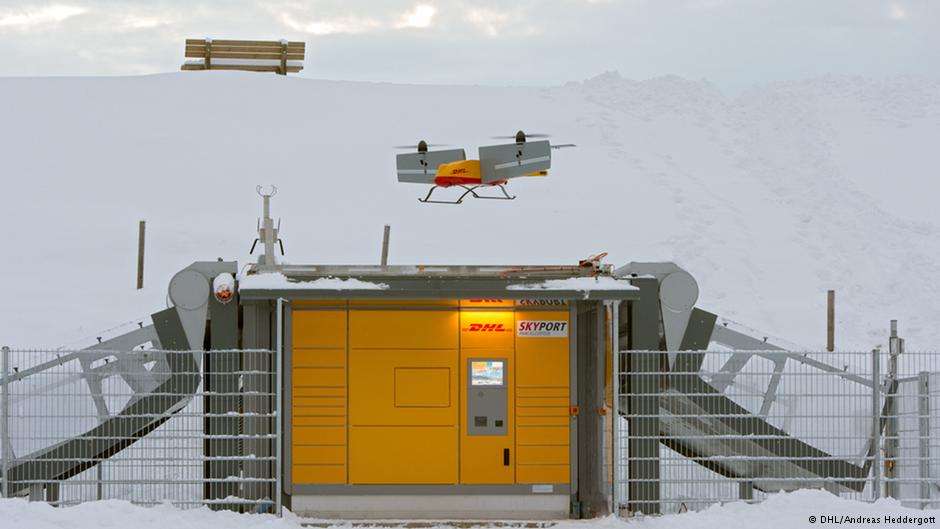 The parcelcopter can fly at least 5 miles, at an altitude of over 1,600 feet, carrying 4.4 pounds of cargo at a speed of over 40 mph. It was tested in the Bavarian mountains, and according to DHL, it flew in 8 minutes a trip that takes cars half an hour. This wasn’t a one-off test. DHL flew 130 deliveries to special, DHL-made “skyports.” Think of them as a combination mailbox and helipad which, while cool, limit where the drones can go. No backyard drop-offs, here.

DHL may claim the first drone delivery in the history books, but there are other contenders to that record. Amazon and Google are each testing their own drones, as is the Australian postal service. Drone delivery company Flirtey claims the first urban deliver in Nevada, though its definition of “urban” is limited to a sparse town of around 3,000 people.