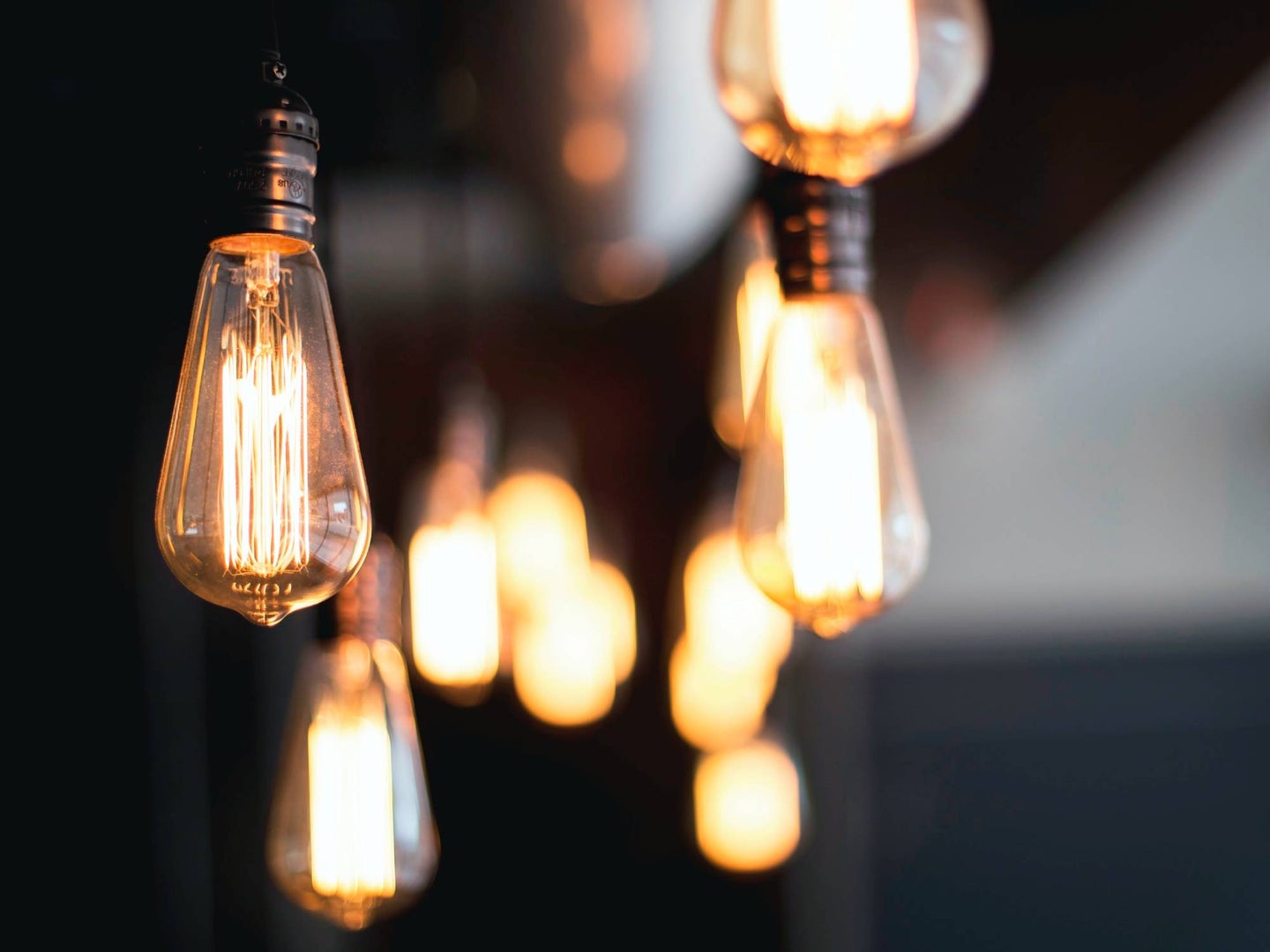 The light bulb in your lamp has burned out, so you go to the store to buy a new one. If you’re like me, you stand in the middle of the aisle, look at the display, and become increasingly confused. I remember I used to pick light bulbs based on wattage. It was easy—the more watts it had, the brighter it shone.

Now, there’s a lot more information on the package, and some of it seems to be written in a language I don’t speak. I’m tempted to pick a bulb at random and get on with my day, but the risk of having my space lit under a harsh bluish color, or ending up with an inefficient bulb could make that a mistake.

Learning how to read light bulb packages can help you see the light, and get exactly what you need so you can enjoy your living space.

Over the years, the traditional incandescent bulb has largely been phased out under the Energy Independence and Security Act of 2007 and was even banned in California, Nevada, and Washington. These bulbs create more heat than light and their lifespan is only up to 4 percent that of a modern LED, making them highly inefficient.

In 1959, General Electric patented the similar-looking halogen incandescent, which is about 25 percent more energy-efficient than its predecessor, and one of the three main types of light bulbs currently in the market.

[Related: This lightbulb is more than 100 years old—and it still works]

Another popular option is the compact fluorescent light bulb or CFL, which is even more efficient. It uses 79 percent less energy than incandescent bulbs and can last up to 20,000 hours. As good as they sound, they’re not as available as they used to be mainly because they contain mercury. The presence of this toxic chemical means you can’t just throw them in the garbage like other bulbs, and you can only dispose of them at places equipped to handle them, like home improvement stores including Lowe’s, Home Depot, and IKEA. Some people also dislike their unusual spiral shape and the fact that colors don’t always look right under the light they emit thanks to the internal phosphorus coating on the glass.

Finally, light-emitting diodes, or LEDs, look very much like old-fashioned incandescent bulbs, but they are exponentially more efficient. When they first hit the market in 1962, these bulbs were costly, but prices have dropped considerably from $40 in the ‘60s to about $3 in 2010. Now you can buy a basic LED for as little as $1.49. In the long run, they are the cheapest alternative, as they last up to 25,000 hours and use 90 percent less electricity than an incandescent bulb.

Knowing the types of bulbs is a good start, but there’s a lot more to buying the correct one for you and your space. Every package explains the features of the bulb inside, but understanding what those descriptions mean is a whole other thing.

Watts measure energy consumption. In general, manufacturers use the 60-watt standard incandescent bulb as a standard, so the amount of light and energy consumption of an LED, for example, will likely be described in relation to that. This is why you’ll see a lot of packages explaining the product inside provides equivalent light to the old-style 60-watt bulb while only consuming a fraction of the wattage.

The capital Ks you see on a light bulb package stand for Kelvins. This is a temperature unit, but in this particular case, it is used to describe the chromaticity or light color produced by a bulb. You’ll usually find this letter in a small chart titled Light Appearance, which shows where a particular bulb is in a range going from warm (yellow and orangey tones) to cool (bluer and white hues). The lower the amount of Kelvin units, the warmer the light will be.

“If an LED bulb puts out 2,700 to 2,800 Kelvins, it’s going to feel like your room is lighted with candles,” explains Terry McGowan, director of engineering and technology at the American Lighting Association. This warmth is what most people expect and like when they turn on the lights in the most-used rooms in the house, including the kitchen, bathroom, living and dining rooms, he adds.

From 2,800K to 2,900K, he continues, it will look like you’re using traditional incandescent bulbs, while at 3,000K everything will look a little whiter and brighter, like a supermarket aisle illuminated with halogen bulbs. Above 3,000K, the light in the room will start to look like cloudy or blue sky daylight coming in through a window. Once you get up to 4,000K and higher, rooms and people start looking blue and cold, especially at night.

Manufacturers sometimes add phrases like “soft white”, “pure clean”, or “daylight” to describe a bulb’s light on its packaging and give people a real-life reference for what the Kelvin units mean. Unfortunately, there’s no standard, so different brands don’t use the same words to describe the same thing.

Some stores have displays where you can see lit bulbs so you can better decide whether you like the color before buying.

There is a clear connection between the color of the light and how we feel or respond to a space.

Studies indicate colors created by artificial light can lower your heart rate, evoke different emotions, and even make you feel calm. Furthermore, blue/white light has been found to suppress melatonin levels, so it may disturb sleep when people are exposed to it close to bedtime. The opposite is also true, and red/amber light in the evening can help increase melatonin levels, leading to better sleep. Research has also shown that brighter lights can make us feel and express our emotions more intensely, while low light can help eliminate emotional bias from our decisions.

“Illumination matters,” McGowan points out. “Humans are designed to live with bright days and dark nights and this is what they prefer. Even indoors in the daytime, people still prefer low chromaticity light for a warm, inviting appearance.”

He recommends using bulbs rated from 2,800K to 3,000K for all the main rooms in a house, as the uniform light allows furnishings and people to look the same as they move through the space. “Rooms lighted with lamps of different Kelvin values have an unsettling ‘hodge podge’ look,” he says.

However, when it comes to people with visual impediments or tasks that can produce eye strain, like sewing, or putting together jigsaw puzzles, some find that their sight is improved with a higher or lower Kelvin value, he adds.

One piece of useful information for selecting bulbs that’s not always on the package is the color rendering index. Also known as CRI, this rating ranges from zero to 100, and the higher the number, the more accurate and true to life the color of things will appear.

Most LED bulbs have CRI ratings of about 80, but if you can find them, go for ones rated 90 or higher, as they’ll help the colors in your home look closer to how they look under natural daylight. If the packaging doesn’t show the CRI rating, you can usually go to the retailer’s or manufacturer’s website to see the spec sheet for a particular product. A warning, though—bulbs with higher CRIs may be slightly pricier.

Other considerations when buying light bulbs

Not all bulbs are made for all fixtures. The high temperatures of an enclosed fixture can wear out certain LED bulbs, for example, making them last only a few months instead of many years, McGowan says. To avoid having to get a replacement sooner rather than later, check the packaging carefully and look for any warnings saying the bulb is not suitable for enclosed fixtures.

Likewise, if you have dimmable fixtures, you’ll need to buy dimmable bulbs compatible with your specific setup. If instead, you only have dimmable bulbs at home, McGowan says you can use them in regular fixtures. Just don’t expect them to transfer their dimming powers.

[Related: The quest to build a cozier LED lightbulb]

How long LED bulbs last depends on the amount of time they shine every day—turn them on for one to three hours and they’ll last 10 to 20 years. This long lifecycle makes them perfect for high ceiling fixtures and other hard-to-reach spots where replacing a bulb is a hassle.

LEDs normally don’t just burn out, but they will gradually get dimmer over time. When that happens, you’ll know it’s time to do some shopping. Consumers generally think buying a replacement bulb is a nuisance, but McGowan says there’s a way to make it easier: if you liked the bulb that failed you, just get the same one. That way, you’ll avoid any mistakes that will make your home look like the frozen foods section at the grocery store.

Jean Feingold is a freelance writer based in Gainesville, Florida. Published often in trade magazines in diverse industries, she moves information from people who have it to people who need it. She also writes short stories; some of them have been published. Her last real job was managing the Alachua County Farmers Market. After that, she was a correspondent for United Press International and the Gainesville Sun. She is a collector of too many things, a film club member, and a guitar student.