The quest to build a cozier LED lightbulb

LEDs may be efficient, but they can also feel sterile and hurt your sleep. Researchers are working on a fix. 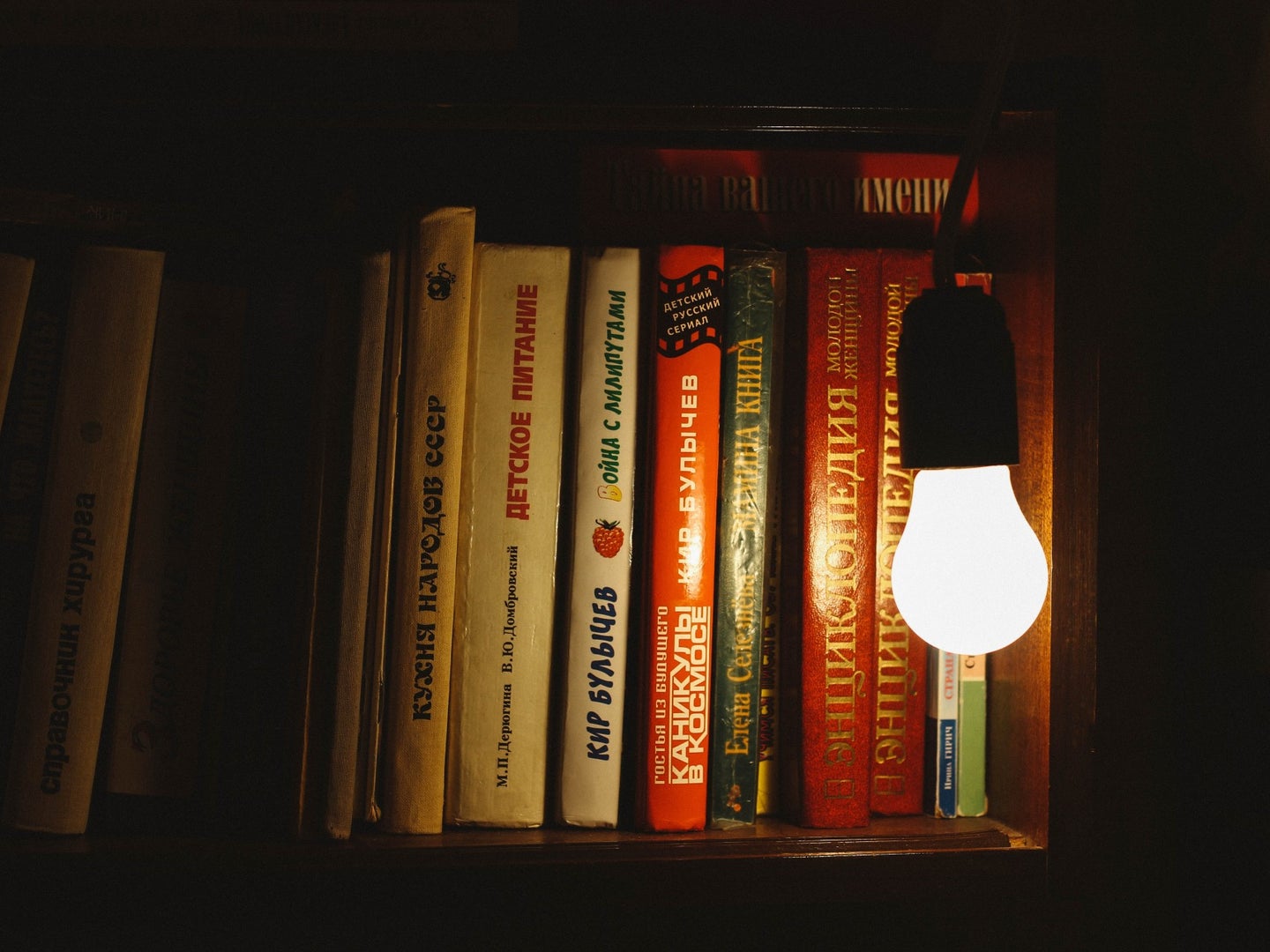 LED bulbs, by all indication, herald the future of home lighting. Next to their older, energy-eating incandescent cousins, LED bulbs are several times more efficient and last up to dozens of times longer.

But there’s a catch: Current LED lights are very blue. And there’s a reason you or someone you know might own blue light-filtering glasses. Scientists think that overexposure to blue light suppresses melatonin and disrupts the circadian rhythms that guide your body to sleep.

[Related: There’s a lot to learn about how blue light affects our eyes]

So researchers are working to create friendlier LED bulbs. One such group has succeeded in making a compound that could alleviate the blue light problem. The researchers believe this work, published in March in ACS Applied Materials and Interfaces, could one day illuminate what they call “human-centric” lights.

“If we just worked a little bit harder on creating this bulb that has this human-centric component,” says Shruti Hariyani, a graduate student at the University of Houston and one of the paper’s authors, “we can eliminate the need for these super-expensive glasses.”

An LED (short for light-emitting diode) generally produces light in one color. To create the full spectrum of white light, LED bulbs rely on chemicals called phosphors. When a particular phosphor is excited by particular wavelengths of light, it in turn emits light of another color.  Most LED bulbs rely on blue light-emitting diodes, with a fine-tuned set of phosphors that are activated by blue light and “convert” it to a spectrum that forms white.

But that leaves a lot of blue, and as we switch out incandescent bulbs in favor of fluorescent or LED bulbs, our quest for more energy-efficient lighting is casting more blue light into a world already filled with blue-light-emitting, sleep-disrupting televisions, monitors, and smartphones.

“It turns out incandescent bulbs are just human-centric lights,” says Jakoah Brgoch, a chemist at the University of Houston and another of the authors. “We’d never really considered them this way.”

If you ever thought that incandescent bulbs look warm and cozy in contrast to stark and sterile LED or fluorescent lights, there is good reason for that. For all their faults, incandescent bulbs—which, by heating up a filament until it glows, rely on the same physics that light up the sun—are quite good at emulating the spectrum of natural sunlight.

To help create LED light that reduces blue light and better matches sunlight, some bulbs since the mid-2010s have experimented with replacing the blue core with a violet LED, relying on a different cast of phosphors. That works well for producing warm colors like red, but to create truly natural-looking light, those bulbs still need to produce the other end of the spectrum as well. Unfortunately, researchers have yet to find an effective phosphor that turns violet into blue—a missing link which could help violet LED bulbs better emulate the full spectrum we get from incandescents.

“There are a lot of blue-producing phosphors, but there are not a lot that work with violet LEDs,” says Brgoch. “We’d come across a few in our recent years of work, but none that sort of checked all of the different boxes.”

In particular, phosphors need to stand up to the balmy temperatures inside a lightbulb—around 300 degrees Fahrenheit, or 150 degrees Celsius. And, crucially, they need to be efficient; it won’t do if too much of the LED’s light is lost when you change its color.

In their quest to make blue from violet, Hariyani and Brgoch turned to a phosphor containing the rare-earth element europium. Hariyani predicted that the compound would produce blue when activated by ultraviolet light, just outside the visible wavelengths. But after tests, it turned out that the phosphor was excited by a far wider band of wavelengths, edging into violets.

“We can use visible light to excite this phosphor, and that’s pretty uncommon for blue-emitting materials,” says Hariyani. “Once I saw that, that’s when I knew we can use this with a violet LED. We can target this human-centric component for its application.”

[Related: Stop blaming blue light for all your problems]

Phosphors aren’t a new technology. Old cathode-ray tube televisions used them beginning in the 1960s. Many phosphors are well-understood beasts that have been tinkered with for years. But Hariyani says that this new phosphor already compares well to its industry-standard counterpart, even before researchers have begun fine-tuning it for wider use. “It was really exciting,” she says.

The phosphor’s creators are hopeful that it could one day make it into home and office lighting, but they are realistic about future prospects. It’s one thing to make this substance in the lab; it’s another to produce it at scale. “How does something go from one gram to a kilogram?” says Brgoch. That “is a big hurdle.”

Indeed, blue-LED bulbs are so common because they’re easier to mass-produce. But it’s not just a duel of cold white blue-LED bulbs versus warmer yellow violet-LED bulbs. Because sunlight changes throughout the day, blue-hued white bulbs aren’t really a problem for our circadian rhythms during the afternoon.

There are LED bulbs that change color, but they’re expensive, and there’s a ways to go before they are commonplace. That’s where Mitchell sees work like this is going. “This paper addresses the ideal warm LED,” he says, “and we already have good white ones.”