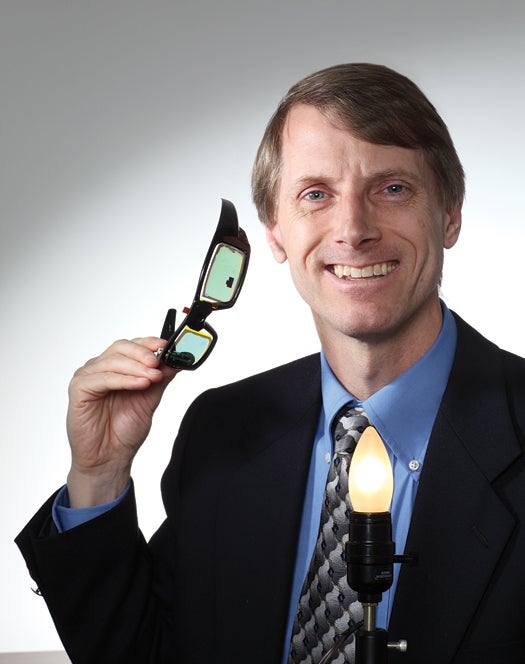 When Chris Mullin was a physics postdoc at the Lawrence Livermore National Laboratory in Northern California, one of the most annoying parts of his day was his commute. He had to drive half of the 35 miles between his home in Berkeley and his lab in Livermore into near-direct sunlight. The glare gave him headaches and made it tough to see oncoming traffic. “I thought, ‘God, I feel tense, I feel unsafe,’ ” he says. So he came up with an idea: sunglasses that would use an electronic shield to block glare instantly.

He put the idea on hold for a few years while he worked as a research engineer. But when he got laid off in 2002, he took the opportunity to develop his invention, which he dubbed Dynamic Eye. He used a liquid crystal for the lens material, which he had studied extensively while getting his doctorate. Although the visual properties of a liquid crystal can be electronically modified, the material can be as easy to see through as a typical sunglass lens. A small sensor on the nose bridge detects glare and alerts an adjacent microcontroller to its location. The microcontroller, in turn, instructs the liquid-crystal lens to display a four- or six-millimeter black square in front of the eye to block glare. The square moves with the wearer to block the source of glare at any angle but still allows the surroundings to remain visible. 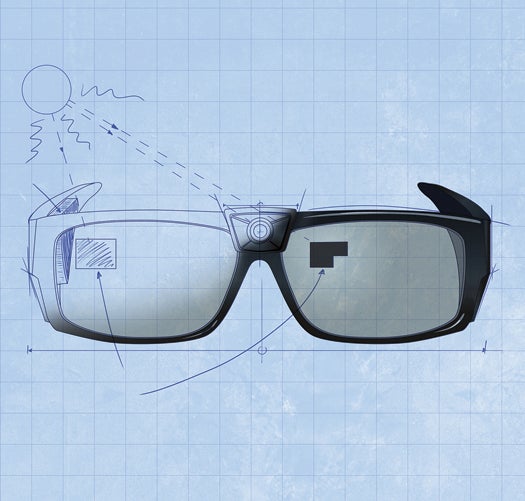 How It Works: Glare Killing Glasses

When the sensor detects glare, it alerts a microntroller that commands the lcd lenses to display a glare-blocking black dot.

It took Mullin five years and five prototypes to shrink the components. His first version, completed in 2003, included a circuit board tethered to a laptop that processed incoming sensor data. Now—in part because of a low-energy, light detecting sensor that he developed—the battery and all the necessary electronics are compact enough to fit within standard sunglass frames. Still, the glasses aren’t quite market-ready; while testing the most recent prototype, the LCD lenses occasionally malfunctioned. “After they were in the glasses, some of the rows [of pixels] stopped working,” Mullin says. To prevent such problems, he plans to strengthen the electrical connections that allow commands to be sent from the microcontroller to the lenses. In addition, he’s developing flexible plastic-based LCDs (in lieu of glass), so the finished product will be lighter and shatterproof enough for commercial sale.

Mullin—whose work was funded partly with a research grant from the U.S. Air Force—is initially focusing his work on creating eyewear for fighter pilots and soldiers. “Troops could go from high-noon sun into a hut with no illumination, and the eyewear would respond,” says Air Force research biologist Jeffrey Wigle. “They could see instantly after walking into the place and have a tremendous tactical advantage.” Mullin also plans to target sunglasses manufacturers like Oakley, so that anyone will be able to buy Dynamic Eye shades within a few years.