What to do when your apps keep crashing 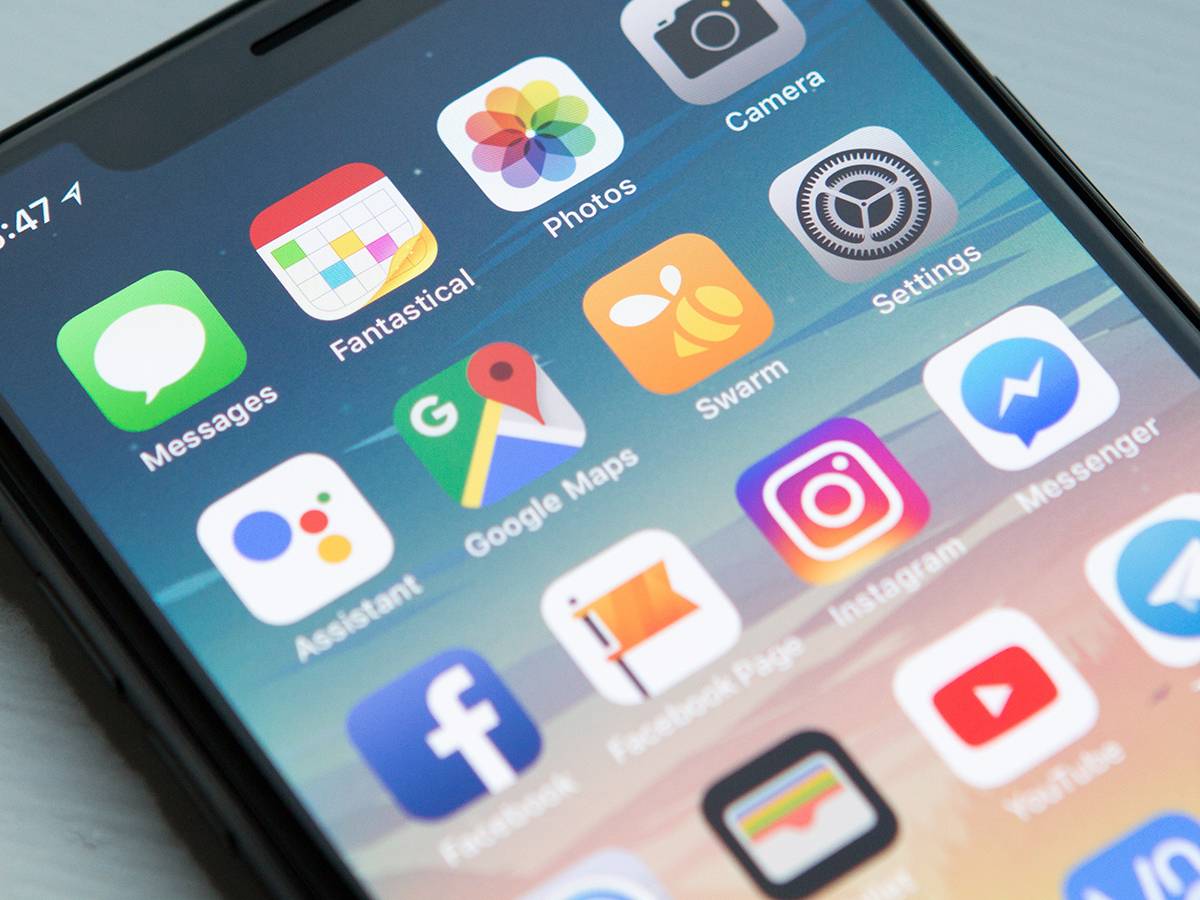 When your apps keep crashing, it can feel like the walls are closing in. William Hook/Unsplash
SHARE

This story has been updated. It was originally published on June 24, 2018.

You’re organizing your notes on the computer or chatting with friends on your smartphone when the app crashes. You open it back up, only for the program to shut down again. When an app starts acting like this, it’s a huge inconvenience.

But there’s good news: Fixing crashing apps isn’t too difficult, whether you’re on Android, iOS, Windows, or macOS. In this guide, we’ll walk you through the key steps you should take to make everything run smoothly again. However, make sure to double-check that your issues are related to one app in particular. If several programs are misbehaving, you might be facing a larger problem with your computer or smartphone.

When a mobile app acts up, the culprit is often corrupted data. Many apps cache bits of data—like a friend’s recent status update or a menu icon—in your phone’s local storage. This lets you access the app more quickly the next time you pull it up. However, the locally stored information can also get glitchy, crashing the app. You can sometimes fix the problem by forcing the app to refresh its data from the cloud or the app’s original files, rather than the local storage.

To perform a basic cache refresh on Android, clear an app from your phone’s recent memory. Your device keeps recently-used apps active, which maintains their local caches. By erasing the app from memory, you reset the cached data. To do this, first enter the app carrousel by slowly swiping up from the bottom of your screen. Then exit out of the glitchy app by swiping it up. For good measure, restart your phone immediately afterward.

For a more comprehensive reset, go to Settings > Apps & notifications > See all apps, and select the glitchy program from the list. Once there, go to Storage & cache and tap Clear cache. The next time the app loads, it will have to refresh its data, which should erase the corrupted bits. If this doesn’t do the trick, tap Clear storage on the same screen as the Clear cache option. This erases all stored information, resetting the app to the state when you first installed it. That means you’ll have to log back and reconfigure your settings. Still, the hassle is worth it if this step fixes the problem.

With a program that keeps misbehaving, there might be a significant issue with the app’s code, or it could no longer be compatible with your device. The developers might be aware of these problems, so you should check whether there’s an update that solves them. Open the Play Store app, tap your avatar in the top right, choose My apps & games, and see if the app in question is on the list under Updates pending. If it is, install any updates and see if it makes a difference. Updating your Android operating system could also minimize compatibility issues. Check for Android updates in Settings > System > Advance > System update.

If you don’t see updates, or they don’t affect how an app runs, then uninstalling and reinstalling the program might help. Head back to the app’s Play Store listing, tap on the name of the app, and then tap Uninstall. Once this process is complete, the button should revert back to Install. Restart the phone, then open the Play Store and install the app once more.

After all that, if the app keeps crashing, it’s time for the last resort: Contact the developer directly and explain your issue. On the app’s Play Store listing, tap on the name of the app and you should see a Developer Contact option with an email and a website to help you get in touch.

The process for iOS and iPadOS is very similar to the one for Android: Try clearing the data cache, restarting the phone, updating the software, and ultimately contacting the developer for extra help. Here’s how you follow these steps on your iPhone or iPad.

First, refresh the app’s cache by clearing it from memory: Swipe up from the bottom of the screen and hold until your open apps appear (or double-tap the Home button), then swipe up on the app that’s causing issues. Next, force an iPhone reboot by holding down the Volume down and Side buttons at the same time until a slide to power off option appears. If your phone has a Home button, hold down the Home and Side buttons until the Apple logo appears. To restart an iPad, press Volume up, then Volume down, and then hold the top button.

Unlike Android, there isn’t an easy way to clear an app’s cache or data on an iPhone or iPad. So your first step should be checking for updates. Open up the App Store, tap your Apple ID avatar, and install any updates you see. While you’re at it, check for any pending updates in Settings > General > Software Update.

If the troublesome app doesn’t have an available update, or updating it simply doesn’t work, it’s time to uninstall and reinstall the app. This should clear out any corrupted data or poorly-configured settings, forcing the program to start over from scratch. Press and hold the app’s icon on the home screen, then tap Remove App from the menu that appears, followed by Delete App. Restart your phone and reinstall the app from the App Store.

Beyond a reinstall, your final step should be to reach out to the developer. Head back to the app’s App Store listing and look for the Developer Website entry. This should lead you to contact details where you can ask about the problems you’re having.

These days, computer operating systems handle apps much like phones do. That means you can follow broadly similar troubleshooting steps. You install updates, which can fix bugs and update compatibility, and erase a program’s cache of local data, which may have become bloated or corrupted.

Windows doesn’t have a central application-management system like a smartphone does, so the update process will vary slightly from app to app. First, open the program and see whether the menu includes an update option. Or head to the app’s official website to see whether the latest version is available for download. For example, you can get the latest version of iTunes here and the latest version of Spotify here. Programs you purchased from the Microsoft Store are easier: You can update them in bulk. Head to the taskbar, search for “Microsoft Store,” and select the top option. Then click the menu button (three horizontal dots) in the top right and pick Downloads and updates > Get updates.

Your computer is a more complex beast than your smartphone, which means there are more potential problem areas. For example, a computer program is more likely to have compatibility problems with other software and with the hardware itself. So in addition to updating the problem program, you should make sure your other applications are up to date as well. While you’re at it, head to Settings > Update & Security and install any pending updates that appear on that screen.

[Related: 4 hidden tweaks that will speed up Windows]

If updating the app doesn’t fix it, your next step will be to clear its data cache, potentially removing any bugs. On Windows, the only way to do this is by uninstalling and reinstalling the program. To remove a program, hit the Start menu and select the cog icon to open Windows Settings. Choose Apps, find the problem program, click on it, and choose Uninstall to remove it. Then reinstall the application from the web or the Microsoft Store.

When problems keep cropping up after that, it’s time to get in touch with the developer team. The program’s website should point you toward whatever support system the developers offer.

The method on macOS closely resembles the Windows process. Again, you will follow the principles of updating and cache-clearing.

First, install updates. For programs you installed from the internet, check the application’s menu for an update option, or download the latest version from the web. Anything you got from the Mac App Store will alert you automatically when updates are available. Check on and install pending updates by opening the App Store and selecting the Updates tab.

The same tab will also tell you if any macOS updates are available. If a new version of the operating system has recently been released, but you haven’t installed it yet, some of your installed programs might experience occasional bugginess due to compatibility issues. Update the operating system to eliminate this problem. As on Windows, one of your applications might be going haywire in response to another application or even a hardware device. If you’ve recently changed something about your system, that might be a clue. That’s why it’s important to keep all your other software up to date, even if you’re not noticing any buggy behavior in other apps.

If updates don’t fix your application, then it’s time to clear as much of its data as possible by uninstalling and reinstalling the program. If you installed the app from the Mac App Store, open Launchpad, click and hold the app’s icon, and select the X icon that pops up. For programs installed separately, look for an uninstaller tool, which should appear in the program’s folder in Finder > Applications. If you can’t find an uninstall option, just drag the app from Applications to Trash, then click and hold on Trash and select Empty Trash.

After you reinstall the software from the App Store or the web, it should erase any buggy data and reset to factory settings. If this doesn’t clear up the issues you’ve been experiencing, try contacting the developer. You can often find a contact option through the app, or check for contact information on the official website.

As we’ve mentioned, your computer is more sophisticated than your smartphone, which means a problem has more potential culprits. Extensions and faulty hardware can make your apps keep crashing.

Computer programs like web browsers often work with third-party extensions—and a bad plug-in can ruin them. If you think this might be the root cause of your woes, try disabling the add-ons for your browser (or whatever application you’re using) one by one. In Chrome, go to Chrome menu > More tools > Extensions; in Firefox, choose Firefox menu > Add-ons; in Microsoft Edge, choose Edge menu > Extensions; and for Safari open Safari > Preferences > Extensions.

In addition to extensions, recently-installed hardware devices can cause app issues, particularly when the device in question is older. To check whether it’s to blame, disconnect the hardware and see if this clears up your problems. If it does, you might be able to fix the issue by downloading updated hardware drivers from the manufacturer’s website.

Finally, whether an app is misbehaving on your computer or your phone, you can always consult the internet. A quick web search can turn up known issues with specific apps, along with potential fixes for the problems. Even if your research fails to find a solution, you’ll at least know that the fault doesn’t lie with you.