A no-touch system tracks your health 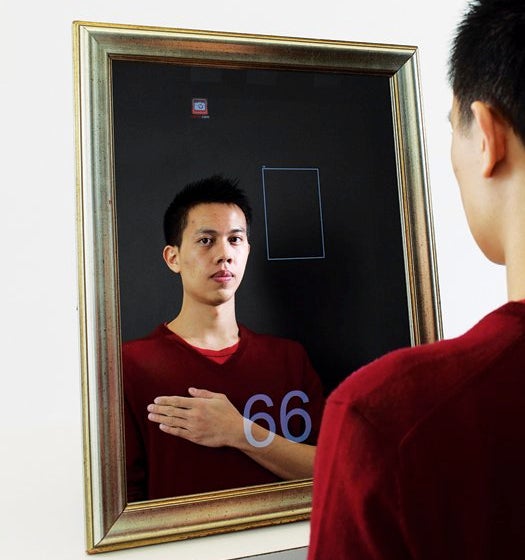 One night in late 2009, Ming-Zher Poh and his roommate, Dan McDuff, asked some friends to sit in front of a laptop. Poh, an electrical- and medical-engineering graduate student at the Massachusetts Institute of Technology, was trying to transform the computer’s webcam into a heart-rate monitor. He hoped that his software would allow doctors to check the vital signs of burn victims or babies without attaching uncomfortable clips, and that it would make it easier for adults to track their cardiovascular health over time. That night, the program wasn’t working in real time, but its measurements were near perfect. “Right away I knew we had something special,” Poh says.

A year and a half later, a large framed mirror embedded with a more refined version of Poh’s system sits in the MIT Media Lab. Behind the two-way glass, a webcam-equipped monitor is wired to a laptop. Stand before the mirror, and the otherwise blank monitor projects your heart rate on top of your reflection.

When your heart beats, it sends a pulse of blood through your blood vessels. Blood absorbs light, so when more of it travels through the vessels, less of the light hitting your skin is reflected. A webcam can pick up those small fluctuations in reflected light, Poh says, and a computer program can translate that data into a heart-rate reading. 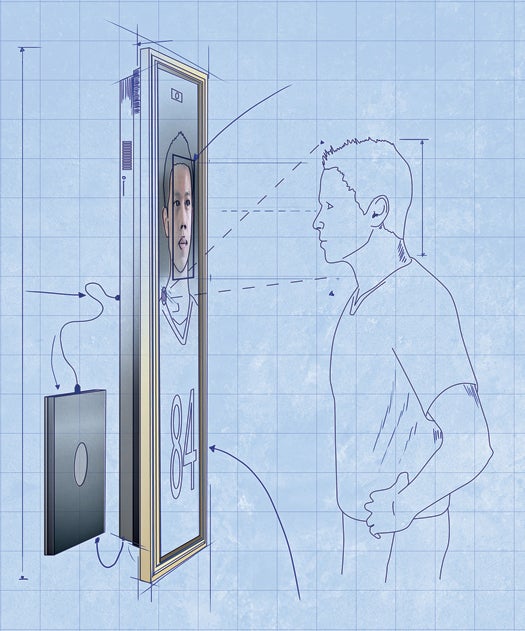 How It Works: Medical Mirror

The webcam in a monitor behind the two-way mirror captures the changes in the light reflected off the subject’s face when the heart beats. The computer translates the light data into a heart rate reading.

Researchers had tracked this effect with a high-resolution camera, but Poh wanted to use a simple webcam so that nearly every computer and smartphone could double as a heart-rate monitor. To make that possible, he developed an algorithm that could pick out the heart rate’s light pattern from all the other reflected light captured by a webcam. With help from McDuff, a grad student at the MIT Media Lab, Poh wrote code to process the data in real time, allowing the laptop to generate an instant heart-rate reading.

Poh plans to try to bring the mirror to market after he finishes his Ph.D. later this year. He says the system could be used to measure other vitals as well, including respiratory rate and blood-oxygen saturation, which should broaden its appeal. “This shows your inner health,” he says. “Maybe as people use it, they’ll say, ‘This is part of my identity. It’s not just how I look on the outside.'”