2011 Invention Awards: From Waste To Water

A machine that uses exhaust heat to treat onboard sewage 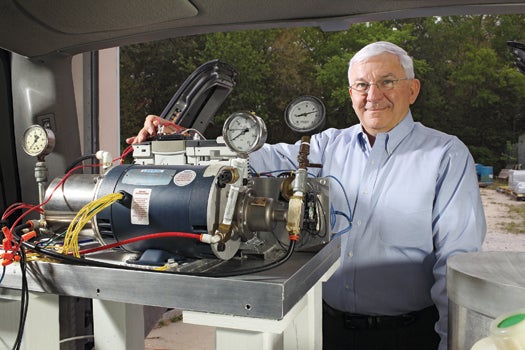 When Namon Nassef had to buy a new engine for his boat, he saw an opportunity. He could finally install the invention he had been working on, a machine he calls the Zero Liquid Discharge Sewage Elimination System (ZLD). The device uses engine heat to oxidize and evaporate toilet, shower and galley waste.

A typical combustion engine makes use of only 30 to 35 percent of the energy contained in fuel; the rest escapes as heat through the radiator or the exhaust. The microwave-oven-size ZLD puts that exhaust heat to work. When a passenger flushes a boat’s toilet or drains the waste-containment tank, the wastewater runs through a pipe to the ZLD, which can be installed anywhere in the craft. First the waste enters the machine’s equalization tank, which grinds it into pieces a quarter of an inch or smaller in diameter. Next it moves to the homogenizer, a container with three sets of blades that dissolve solids into 0.002-inch-diameter particles. Then an injector pump pressurizes the waste stream and sprays it through a nozzle into the engine’s exhaust system as a fine aerosol.

The exhaust of an idling engine is at least 550°F, which is hot enough to flashevaporate the waste and thermally oxidize the organic materials. Quite simply, the device can break down anything organic that’s put into it. The process eliminates all odors, Nassef says, and the main by-products are carbon dioxide and clean water vapor. 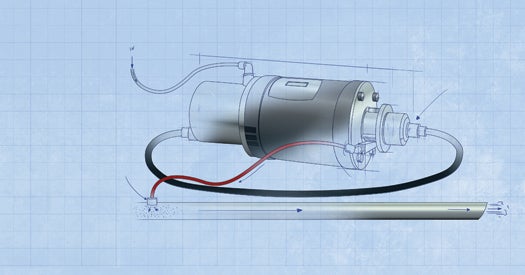 How It Works: Zero Liquid Discharge

Waste flows from the boat’s toilet to an equalization tank, which breaks it into small pieces. The material next moves into the homogenizer, a container where it gets chopped into particles. The injector pump pressurizes the material and sprays it through a nozzle into the engine’s exhaust system, where the heat cleans it.

Nassef built a ZLD prototype in 2004 from washing-machine parts and a five-gallon paint bucket. The current version, his 11th update, uses only as much energy as ten 100-watt lightbulbs, sterilizes waste without any of the harsh chemicals of other portable toilet-waste-disposal systems, and can be scaled up or down. In 2007 it earned a certificate of approval from the U.S. Coast Guard for marine sanitation devices.

Nassef is starting with boats, but the ZLD has the potential to work in just about any vehicle with hot-enough exhaust and a toilet. He’s drawn interest from RV manufacturers and the U.S. military, which often resorts to burning waste with jet fuel (at a total cost of $400 per gallon) at its forward operating bases. Another promising market is airlines, which could plug the ZLD into existing toilets, allowing some planes to shed up to 500 pounds of wastewater weight over the course of a flight.