Be Your Own Hotspot

Turn a backpack into a portable, solar-powered Wi-Fi hotspot, and share a high-speed connection anywhere 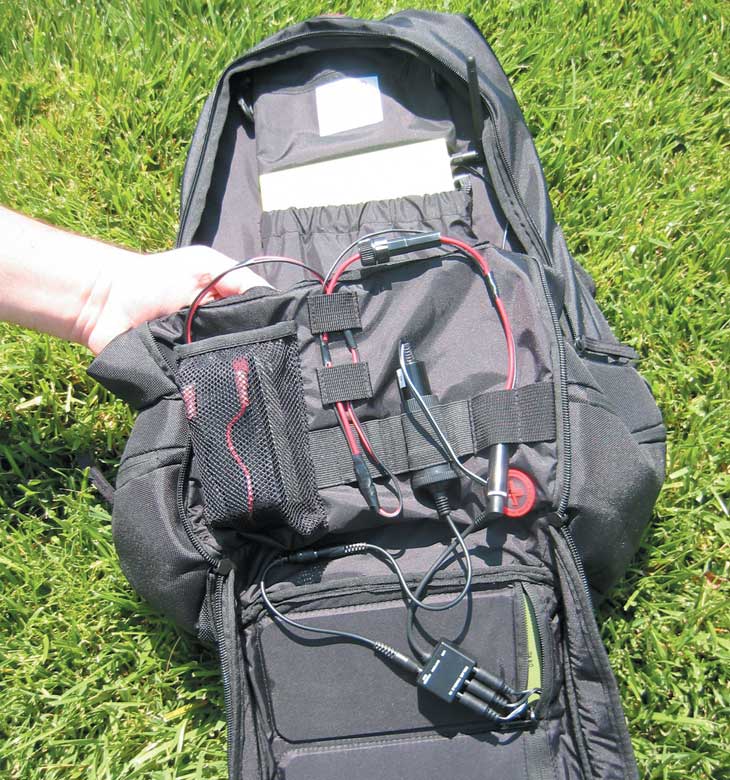 I love the fact that more and more devices are sporting built-in Wi-Fi–the Sony PSP, smartphones, even Kodak’s EasyShare-One digital camera. The lone hitch: Wi-Fi is useless without a hotspot. Sure, thousands of spots are available, but few are free, and coverage is far from ubiquitous. What if you could marry the short-range power of Wi-Fi with the huge coverage areas of high-speed cellular services such as EV-DO to create a portable hotspot? You could use any Wi-Fi-enabled gadget anywhere you’ve got a cell signal. Play multiplayer games with friends in the park, or blog an event in real-time. Since EV-DO works at freeway speeds, you could even give Internet access to an entire road-trip caravan.

Those are exactly the kinds of things you can do with the backpack below. Its secret ingredient: the Junxion Box. Plug a cellular-network card into the book-size open-source-based device, and voil–instant Wi-Fi hotspot, with speeds averaging around 700 kilobits per second. To power the box, I wired it to a 1.2-amp-hour battery and dropped both into the Voltaic Systems backpack, which has a built-in solar charger. Now I can surf for as long as three hours without being tethered to anything but a cell signal. The project isn’t cheap, but prices for the components and service are sure to come down in the next year or so. In the meantime, you can find me in the hills around Southern California. I’ll be the one surrounded by PSP-packing hikers.

Instructions
1) Plug in your EV-DO card and set up the Junxion Box to automatically assign TCP/IP addresses using DHCP, and disable the authentication splash page.

2) To build the power-adapter cable, cut a length of red wire and a length of black. Strip one end of each wire and crimp a spade terminal connector onto each.

3) Connect the Junxion Box cigarette-lighter adapter to the backpack “power out” plug.

4) Connect the battery cable to the “battery” plug on the backpack’s charge controller. 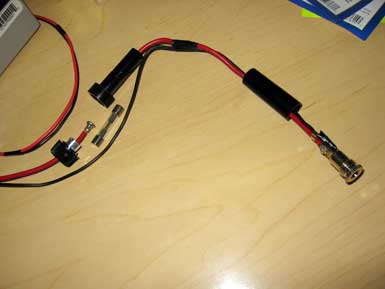 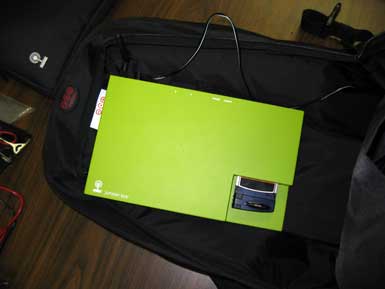 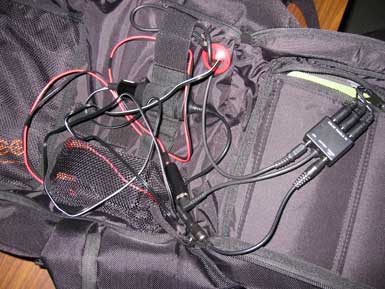 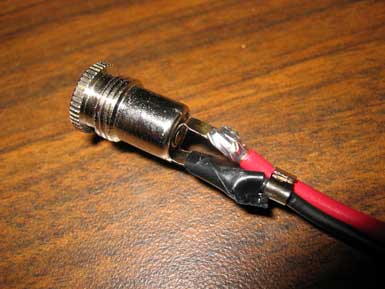 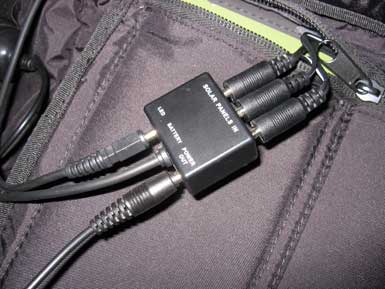 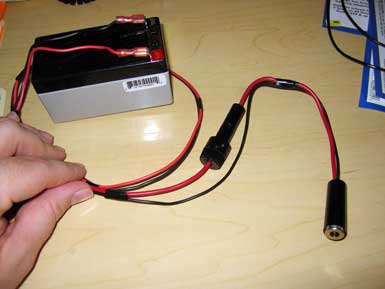 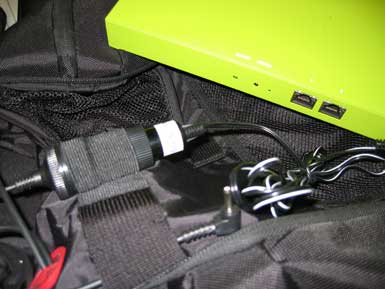 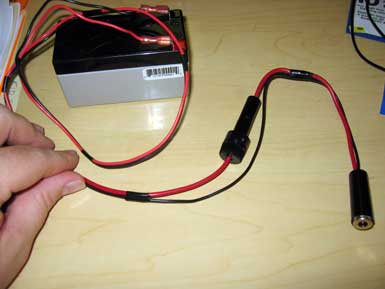 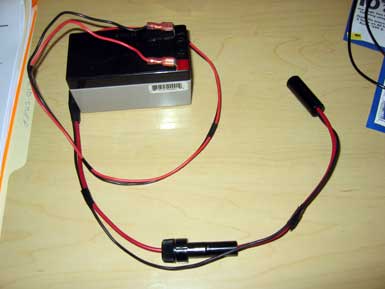 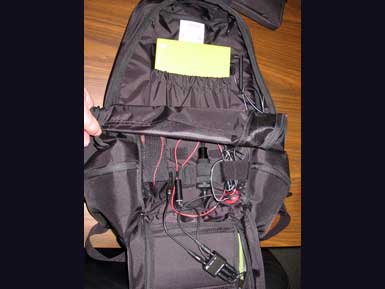 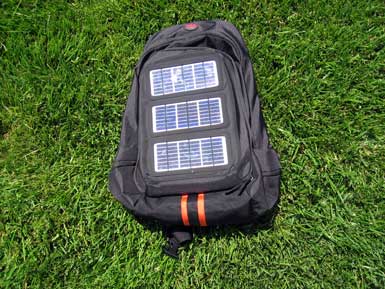 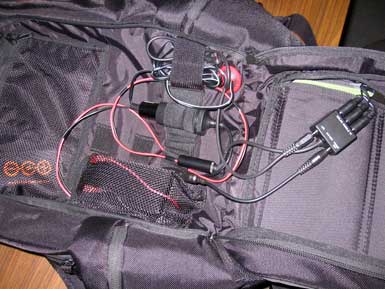 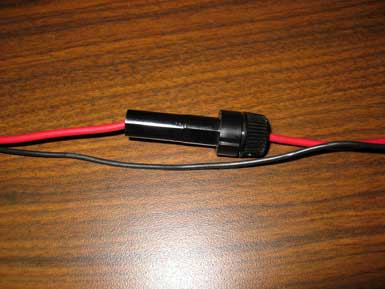