Prius in the Sky

A new competition aims to inspire the 100mpg personal plane 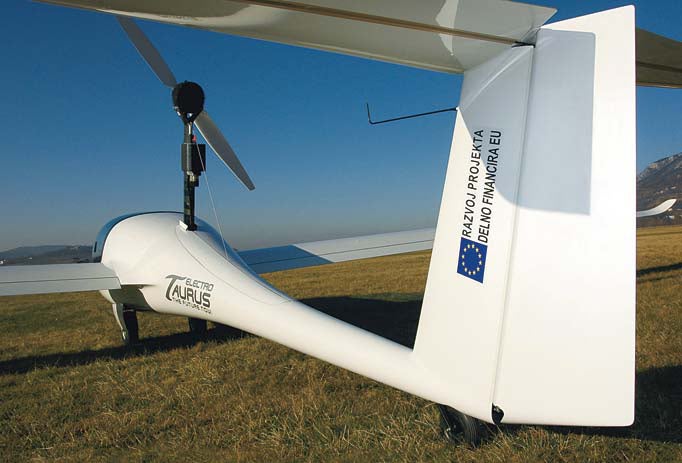 Imagine a ’57 Chevy cruising through the air, and you get an idea of what single-engine, propeller-driven airplanes do to the environment. The average private plane, such as the popular two-seat Cessna 172, is 30 years old. It carries a four-cylinder piston engine designed in the 1940s that burns leaded gasoline, has no catalytic converter, and gets as little as 12 miles per gallon. “It’s fair to say that small aircraft are gross polluters,” says Mark Moore, an engineer who has led personal-aircraft projects for NASA. 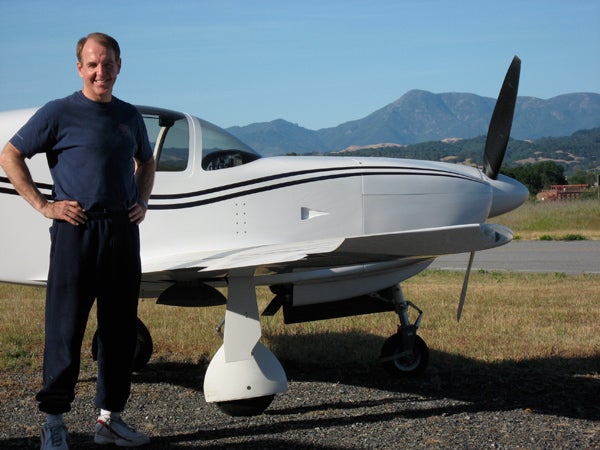 This month, on an airstrip just north of San Francisco, a handful of inventive pilots hope to help turn that sooty reputation around, as they compete in the nation’s first eco-aviation challenge, called the Green Prize. Up to 16 teams will fly their experimental personal air vehicles (PAVs), each tuned for optimal fuel efficiency, along a course that sweeps above Northern California and includes climbs and descents. The team that burns the least fuel over the two-hour race—30 mpg is the record for a two-seat PAV—wins up to $50,000.

But the organization behind the race, the Comparative Aircraft Flight Efficiency Foundation (or CAFE, pronounced “café”), has a much grander goal in mind. Inspired by the $10-million Automotive X Prize competition for a 100mpg car, CAFE president Brien Seeley is courting private contributors who can fund a prize of up to $10 million for the first plane to fly 100 miles, at 100 miles per hour, on one gallon of gasoline. (Though he has yet to write a check, Google co-founder Larry Page attends all the CAFE meetings.)

Only about 170,000 personal planes are registered to fly in the U.S., a pittance compared with the nation’s 244 million cars. But Seeley believes that personal aviation can free us from gridlock. “It’s time to get off the pavement,” he says. “The goal of the Green Prize is to bring forth a consumer-popular vehicle that transforms the way we move”—trading traffic jams for what he calls “the wormhole in the sky.”
Seeley and Moore, the co-creators of the Green Prize, envision a future in which people own or rent inexpensive PAVs, user-friendly planes for quick hops of 50 to 500 miles from one neighborhood airstrip to the next. To help make that happen, NASA is funding a five-year “Centennial Challenge” program of annual CAFE-run competitions, including the Green Prize, to encourage PAV technology. Last year’s inaugural competition featured awards for handling, noise reduction and overall performance. 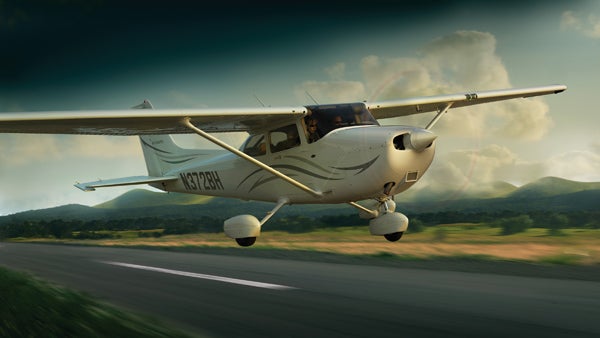 A Cessna Skyhawk, which gets less than 20 mpg.

Today’s private planes are dirty and outdated largely because companies have no economic incentive to clean them up. Of all the transportation sectors, the general-aviation category has the fewest pollution regulations. But the green potential is tremendous, Seeley argues. Airplanes are far more aerodynamic than cars and, once aloft, they can cruise on minimal power. Cessna’s Columbia 300 gets only 20 miles per gallon at 200 mph. But planes designed to fly half as fast could do far better. While slower planes might not attract barnstormers, they would look great to commuters. “One hundred miles per hour is pretty much twice as fast as you get to go in a car,” says Greg Cole, the Columbia’s lead designer.

Cole is building a two-seat electric plane called the Goshawk that he estimates will travel at an average speed of 102 mph and get the equivalent of 438 mpg. And later this year, Slovenian plane-maker Pipistrel will begin selling its Taurus Electro, a glider that uses an electric motor on takeoff. “Electric propulsion is where it’s at,” Moore says. The clearest benefit is efficiency. Whereas piston engines extract about 20 percent of the energy in gas, electric motors use at least 90 percent of the power stored in batteries. The biggest obstacle is packing enough on board. Cole’s Goshawk can hold only enough
lithium-ion batteries for a one-hour flight.

New designs also borrow ideas from cars, like plug-in gas-electric hybrids. The Green Prize competition will allow entrants to use familiar automotive technologies, such as diesel, biodiesel and electric. Although a 100mpg plane won’t emerge at this year’s competition, Seeley expects to see planes getting well above 30 miles per gallon, a big step toward a new wave of cleaner, greener personal aircraft. “It’s critical that small aircraft be shown to be highly efficient,” Moore says. “You’ve got to show that before people are going to accept a lot more aircraft in the sky.”