Tiny Pygmy-Possums Can Smell Smoke And Move While Dormant

Hibernating animals might sense fires in time to get to safety 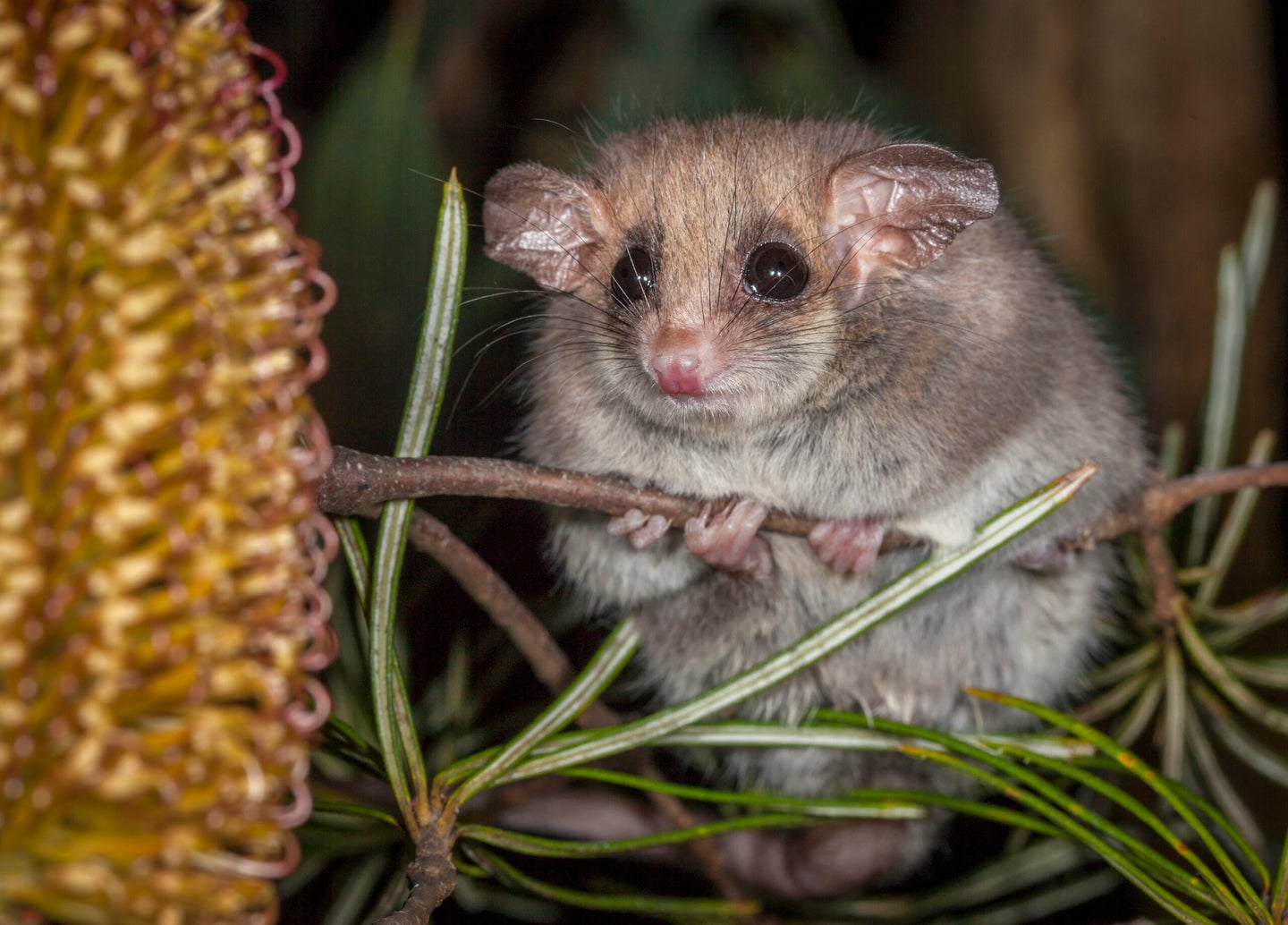 Pygmy possums can smell smoke and start moving while still emerging from torpor. These abilities may help them survive bushfires. Gerhard Koertner
SHARE

When the Australian pygmy-possum goes dormant to save energy, it doesn’t completely lose its ability to respond to danger. Pygmy-possums can smell smoke and begin to climb while in a state of torpor, scientists from the University of New England in Armidale, Australia reported today in the journal The Science of Nature. The results offer evidence that hibernating animals can wake up and flee an oncoming blaze.

Wildfires are becoming more frequent due to climate change. To lower the risk of large fires, controlled burns are often set during the colder months, when many animals are in the throes of torpor or its extended version, hibernation.

While in these states, animals don’t eat, and their metabolism and body temperatures drop. Being able to enter a state of torpor after a fire has burned out can actually help an animal survive. Going dormant means less need to forage in scorched landscapes, where food is sparse and there is little shelter from predators.

But it’s dangerous for an animal to be torpid in the path of a fast-spreading bushfire. To investigate whether dormant animals can detect and evade fires, the scientists rounded up five eastern pygmy-possums (Cercartetus nanus), nocturnal marsupials found in trees along Australia’s southeast coast. Pygmy-possums shelter underground and in tree hollows or bird nests, and can enter a deep state of torpor year-round, making them vulnerable to fires in any season.

Once the animals had slipped into deep torpor, the scientists exposed them to the smell of wood smoke. All five of the possums registered the aroma, although the three males were roused from torpor while the two females only bothered to lift their heads.

The scientists also placed the torpid possums on a slowly rotating branch. Even at their most sluggish, the animals were usually able to grasp the branch. As their body temperatures rose a few degrees, they began to move about and eventually collected themselves to climb up their own prehensile tails.

It’s encouraging that these tiny animals can sense smoke and move about while they are still emerging from torpor. But the pygmy-possums were still slow to respond when their body temperatures hovered below 55 degrees Fahrenheit. To protect slumbering animals, authorities should avoid setting controlled burns on the coldest days of the year, the scientists recommend.