Oceanic Crabs Get Promiscuous, If The Size Of The Room Is Right 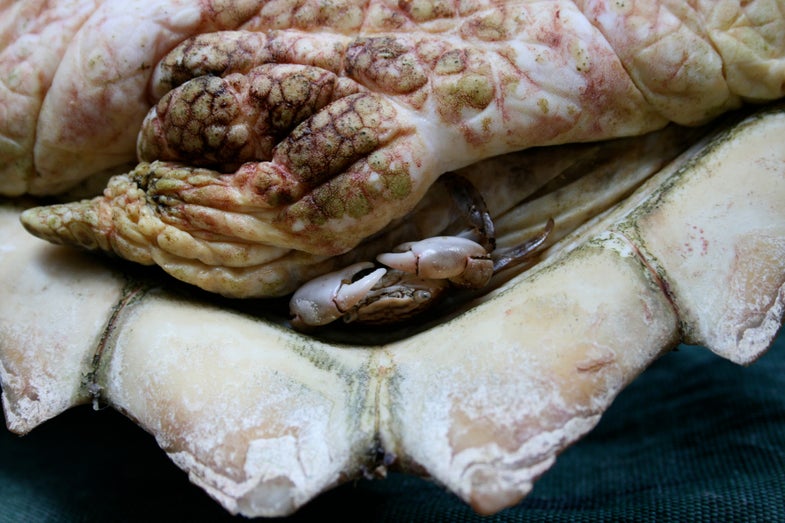 Small oceanic crabs lead a cozy life. Planes minutus often snuggle into the space between loggerhead turtles’ shells and tails, a spot that’s just big enough for a mating pair. But if their aquatic apartments were larger, would they broaden their sex lives to include more partners?

Researchers Joseph Pfaller at the University of Florida and Michael Gil at the University of California sought the answer in their study published in Biology Letters. They found that as long as a dwelling–whether it was a turtle shell or a piece of flotsam–was small enough to be manageably defended by two crabs, they kept it monogamous. But once the spaces got larger, the pair recruited new crabs to mate with and to help hold down the fort.

A crab might not have much choice on dwelling-size, as turtles and floating debris are typically spread out–and these crabs aren’t good at swimming to the next available home. The polyamory arises from a need to make the most of what they have at the moment: a crab pleasure palace, or a little love bungalow.