Raising awareness about environmental conservation, 50 million trees at a time 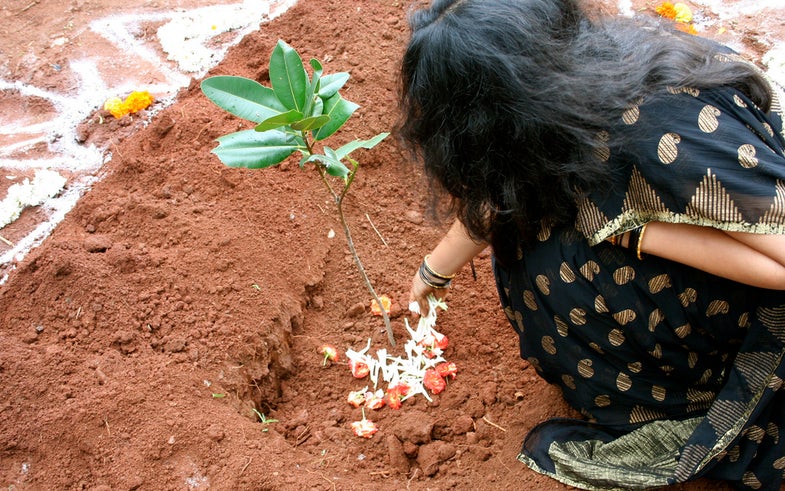 They planted 49.3 million trees in 24 hours on Monday, nearly meeting their goal of 50 million but still crushing the previous world record of 847,275, set in Pakistan in 2013. “The world has realized that serious efforts are needed to reduce carbon emissions to mitigate the effects of global climate change,” Chief Minister Akhilesh Yadav told volunteers, according to the Associated Press.

In India, air pollution kills more than half a million people per year. Planting saplings won’t cure the country’s air quality problem, but the volunteers hoped getting their hands dirty would raise awareness. The Indian government has designated $6.2 billion for states to start their own tree-planting drives.