Drinking Arsenic-Laced Water Is Like Smoking For Decades, Study Finds

Groundwater in many countries, including the U.S., has naturally high levels of arsenic. 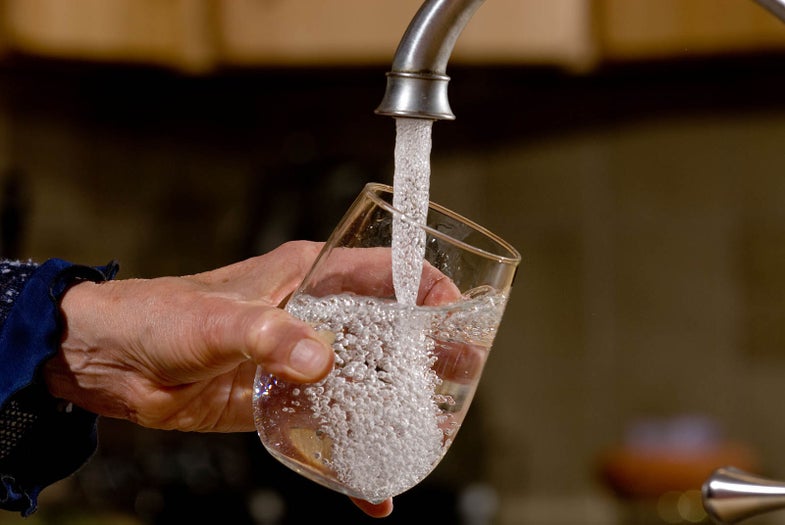 Drinking water contaminated with unsafe levels of arsenic harms the lungs as much as decades of smoking, a new study has found.

Arsenic is a notoriously poisonous element that occurs naturally in the Earth’s rocks, water and soil. Industrial activity can also concentrate arsenic in certain places. For their study of arsenic’s effects on lung health, researchers looked at arsenic levels that were at least twice as high as what the U.S Environmental Protection Agency considers permissible for drinking water. Those levels appeared in drinking water in Bangladesh.

Bangladesh isn’t the only country where the water supply contains unsafe levels of arsenic, however. Groundwater in parts of Argentina, Chile, China, India, Mexico and the U.S. is naturally high in arsenic. (Different parts of the world have differing levels of groundwater arsenic because of variations such as what types of rocks are found there, what the pH of the water is, and other things.)

In 2000, one study found that tens of millions of Americans had unsafe levels of arsenic in their tap water. The Environmental Protection Agency has since said all American drinking water must comply by its safety level, but surveys have found continuing problems in private and public wells. Just last year, Consumer Reports found high levels of arsenic in many American foods, especially in rice products. Arsenic can get into crops from the soil it grows in and the water used to grow it. One epidemiologist called Bangladesh’s water situation “the largest mass poisoning of a population in history.”

Doctors already know that people who drink water with dangerous levels of arsenic are at higher risk for a gamut of health problems: Damage to their nerves, gastrointestinal system, kidneys, livers and immune system. Increased risk of diabetes and heart disease. And arsenic is one of the few chemicals that appears in water that’s been definitively linked to cancers, including lung cancer.

In this new study, a team of public health researchers from the U.S. and Bangladesh sampled the drinking water of 20,000 study volunteers who live in a part of Bangladesh with varying levels of arsenic in the well water. They also took urine samples from the volunteers, to determine how much arsenic each volunteer had in his or her body. Then they tested subjects’ lung capacity by asking them to blow into a spirometer.

The researchers first started seeing slight effects among people whose water had between roughly twice as much and 10 times as much arsenic as the Environmental Protection Agency says is okay. A third of the volunteers were exposed to more than 10 times as much arsenic as the U.S. drinking water standard, and they had significantly reduced lung capacities. The reduction was comparable to the effects of long-term smoking, according to the University of Chicago. Several researchers from the university were part of this study team.

The problems with arsenic in Bangladeshi drinking water are both relatively new and sadly persistent. Humanitarian groups first dug deep wells in the country in the 1970s because, at the time, hundreds of thousands of Bangladeshi children died each year from waterborne diseases such as cholera. Aid groups were looking for a source of “cleaner” water than the stuff nearer the surface. Researchers first realized that the wells had high levels of arsenic in the 1990s, but people still use them.

The Environmental Protection Agency recognizes several effective ways of removing arsenic from drinking water, but apparently, they haven’t been applied to Bangladeshi wells. In a statement from the World Health Organization, U.S. epidemiologist Allan Smith has called the Bangladesh situation “the largest mass poisoning of a population in history.”

The lung-capacity research team published their work in the American Journal of Respiratory and Critical Care Medicine.

University of Chicago via EurekAlert