Measles isn’t done, and these U.S. counties are at risk

Scientists predicted this measles surge—and the next outbreaks. 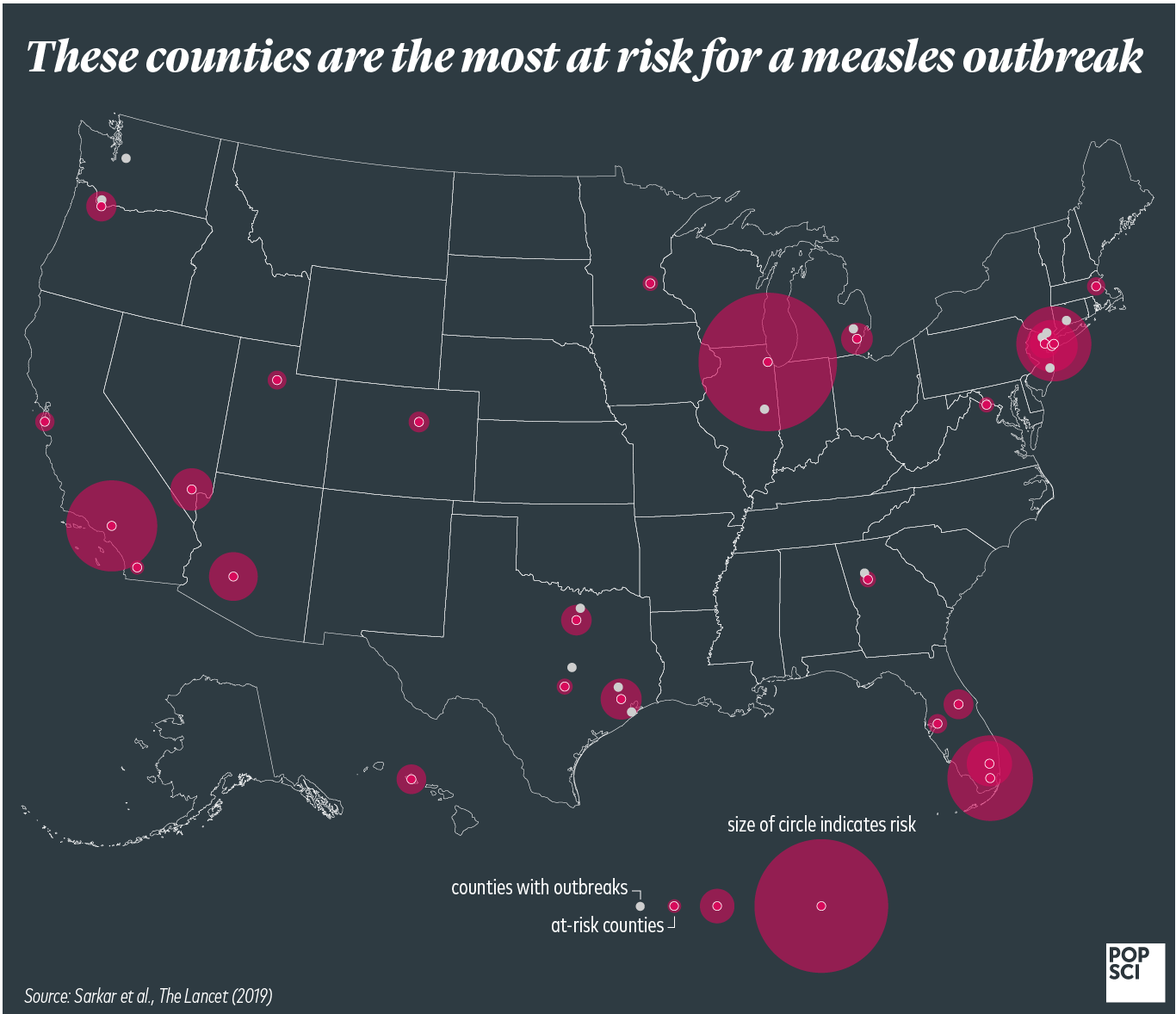 Measles doesn’t just show up out of nowhere. A cluster of unvaccinated people is always at-risk, but they’re at a much greater risk if there’s some convenient way for the virus to enter their community—like an airport.

Airports are one of the main ways measles enters the U.S. because the virus isn’t endemic to the country, which means it’s mostly visitors or returning vacationers who bring the disease back from foreign nations. So when researchers look at how likely a county is to have a measles outbreak, it doesn’t just matter how many unvaccinated people live there. Who’s traveling to that county—and from where—will also have an impact.

Prior predictions of where measles would strike next relied on rates of non-medical vaccine exemptions. Using that variable alone, researchers forecasted five of the outbreaks that have rocked 2019 so far, but another team of researchers thought they could do even more. They used a predictive model to figure out the 25 most at-risk counties based on non-medical exemption rate, international travel volume to that county, measles rate at travel origin, and the county population. They published their results this week in the journal The Lancet.

The researchers point out that all of the counties predicted to have an outbreak that haven’t seen one yet are either adjacent to a county that has an outbreak or has a major international airport in it. That means all of the remaining top 25 counties are at serious risk of developing a measles problem. In the paper, the researchers suggest that these places should be targeted with more vaccination efforts and enhanced measles surveillance. Cook, Illinois and Los Angeles, California, in particular, have each only had one case, but have airports that could, as the researchers put it “serve as the fulcrum of continuous import of the measles virus into the USA.” You can see the full list of results here.

If that’s not a good enough warning, nothing is. Get your measles vaccine. Make sure your kids get vaccinated too. Residents of these counties have the power to keep this year’s measles count from creeping even higher.