Researchers believe other mammals could also be infected 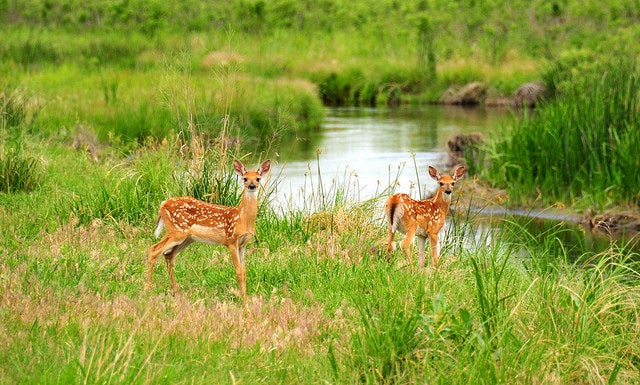 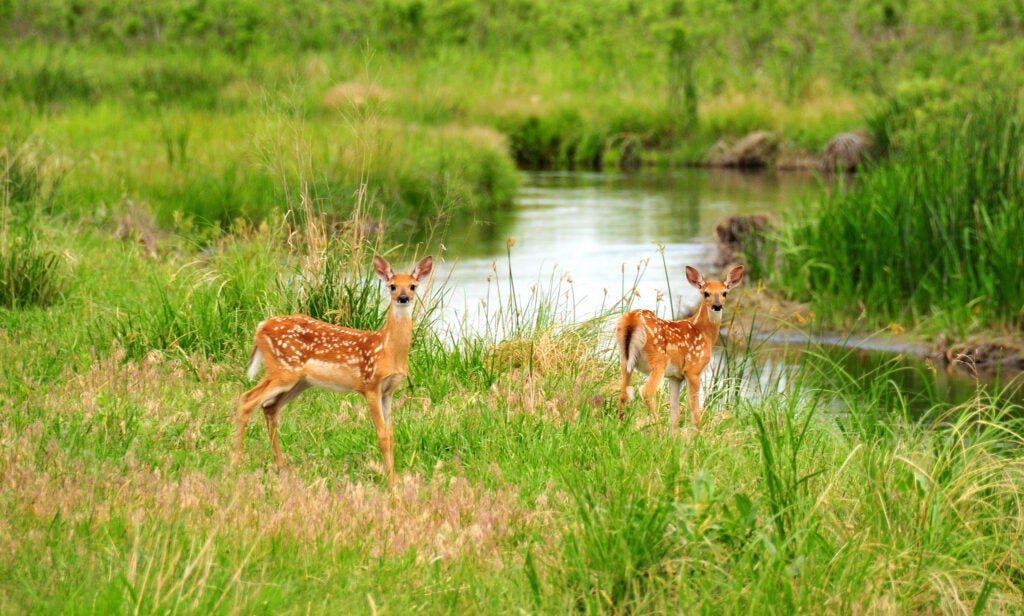 White-tailed deer throughout 10 states in the southeast are infected with low levels of malaria, according to research published today in the journal Science Advances. Until now, researchers thought the parasite had been largely eradicated in the United States.

The parasite appears to have been present in the U.S. for a long time. However, aside from a single case found in a deer in Texas in 1957, it has remained virtually undetected until now. Given this timeframe, researchers believe that other mammals in the United States could also be infected, although they haven’t yet identified any.

However, it seems this parasite cannot infect or cause disease in humans. There are more than 100 different species of malaria parasites, and only four of those consistently cause infection in humans, according to the CDC. Enough time has already passed to allow transmission to humans (a mosquito could have bitten a deer, become infected, then bitten a person), and there have been no known malaria cases in humans attributable to it. This evidence makes the researchers confident that these particular species pose no threat to humans.

“At this stage, there seems to be no health risk to humans,” co-author Robert Fleischer told Popular Science. “There is always some chance for things to change in the future, although I think it is highly unlikely to make the leap.”

The researchers found two separate species of the parasite, which gave them a clue that it may have been present in the U.S. for quite some time. Further genetic analysis suggested that this malaria parasite may have arrived in the Americas during the miocene epoch, up to about 23 million years ago.

“So far, all evidence from our study supports the hypothesis that this parasite came over on the Bering land bridge in an ancestor of the white-tailed deer,” says co-author Ellen Martinsen. 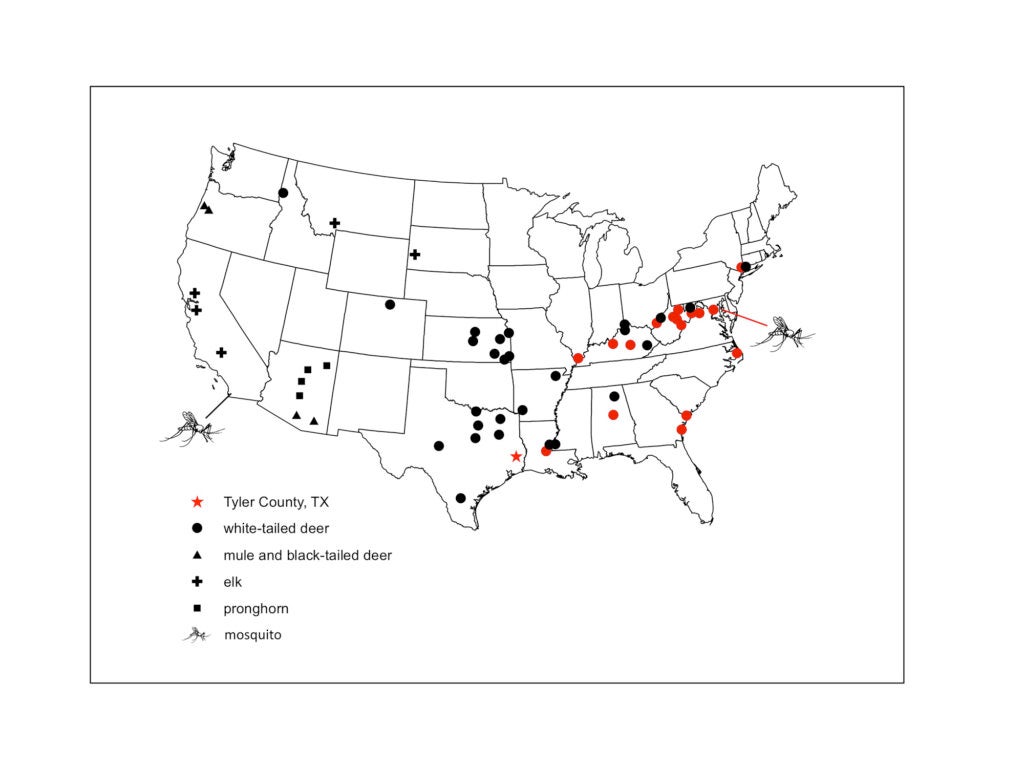 This graphic illustrates sampling sites for mosquitos and hosts. Red markers indicate infections, and the star denotes the location of the first detected case.

For the study, the researchers tested 308 white-tailed deer from 17 states and found 41 infected animals. The infection levels were likely too low to be detected by traditional light microscopy methods, so the researchers combined PCR-based screening, which allows the DNA to be amplified, with light microscopy to test for the parasite. They also tested mules, black-tailed deer, elk, and pronghorn, all of which tested negative. Though, they still believe that given the amount of time the parasite has been present, other animals could be infected.

Fleischer says that the deer are likely in a chronic stage of infection, as opposed to acute, but that it’s not yet clear how the parasite affects them. His group intends to continue researching this and performing further analysis to uncover the origin of the parasite, as well as testing other mammals in the U.S. for the presence of malaria.