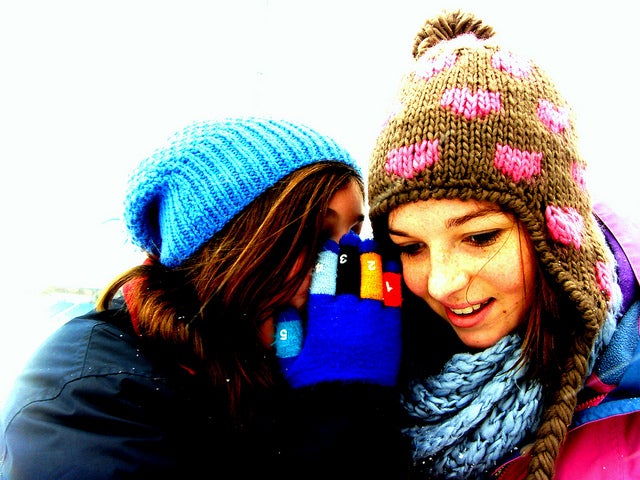 Whether it’s the outbreak of an infectious disease or news of a terrorist attack, social media is a powerful tool to spread information. But exactly how information gets transmitted, and how clearly, isn’t well understood. In order to better comprehend and predict public understanding of risk, team of German researchers conducted the first study, published today in PNAS, to test social transmission’s effect on our understanding of risk

To conduct the experiment, the researchers looked at how information was passed through a group of about 10 people. In each group, one person was “seeded” with articles about the benefits and risks of the common antibacterial agent triclosan, found in soaps, detergents and toothpastes, and told to have unstructured conversations about it with participant number two. Before and after the conversation, person number two was asked about how he perceived the risk of triclosan. Then that person had a similar conversation with person number three, and so on.

The researchers conducted the experiment with 15 groups. They found that the more people the message had gone through, the shorter the message, and the more inaccurate it was. Moreover, the inaccurate statements indicated a much higher risk than the initial “seed” did, as the participants passed on risk information based on their own biases and concerns.

These findings could have big implications for how policy-makers and communicators talk about risk in a public forum: “From a public health perspective, the social amplification of risk can have undesirable and costly consequences, making it crucial to understand how policy makers can communicate risks in such a way as to aid their transmission through social networks,” the researchers write. As social media plays an increasingly large role in how we talk to each other, the researchers hope that their work can help people pay more attention to how the public perceives information and how we can maintain accuracy.