A Pill That Monitors Your Vital Signs 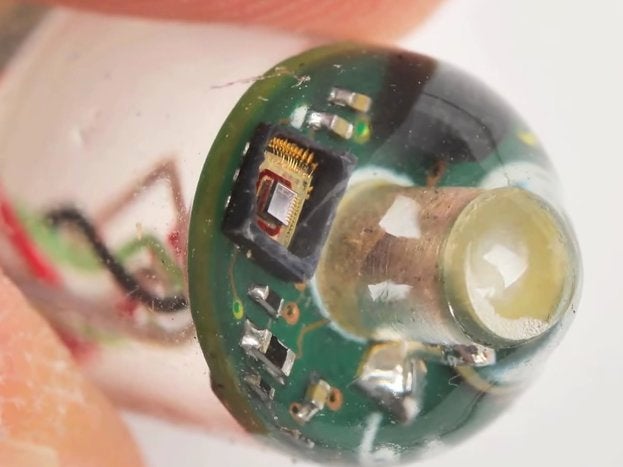 Vital signs are key indicators of health. But tracking some of these signals, such as the body’s core temperature, can require invasive tactics—which is especially problematic for active or injured patients. Almost anyone, however, can swallow a pill.

That’s what Giovanni Traverso, a gastroenterologist and biomedical engineer at Harvard Medical School, and Al Swiston, a biomaterials scientist at MIT’s Lincoln Laboratory, realized when they met at a work event in 2012. At the time, Traverso was working on ingestible devices and Swiston on vital-sign monitoring—so they decided to join forces to create what Traverso calls “an ingestible stethoscope.”

“It’s basically a really tiny microphone that is able to listen just like the doctor would,” says Swiston. The EnteroPhone (formerly called the physiological status monitoring (PSM) pill) contains special microphones that pick up the sounds of the heart and lungs, as well as a tiny thermometer that measures core body temperature. It is the only pill of its kind that can track three vital signs at once.

So far, the prototype has successfully been tested in pigs, and the team plans to try it in humans next. If all goes well, the military could one day use the device to monitor soldiers in the field for hypo­thermia or dehydration. A marathon runner could closely track her heart rate during a race. And doctors could look for abnormal heart rhythms or early signs of asthma. The researchers hope to one day incorporate drug delivery so the pill could also treat the conditions it detects.

How It Works (scroll over the numbers to see): 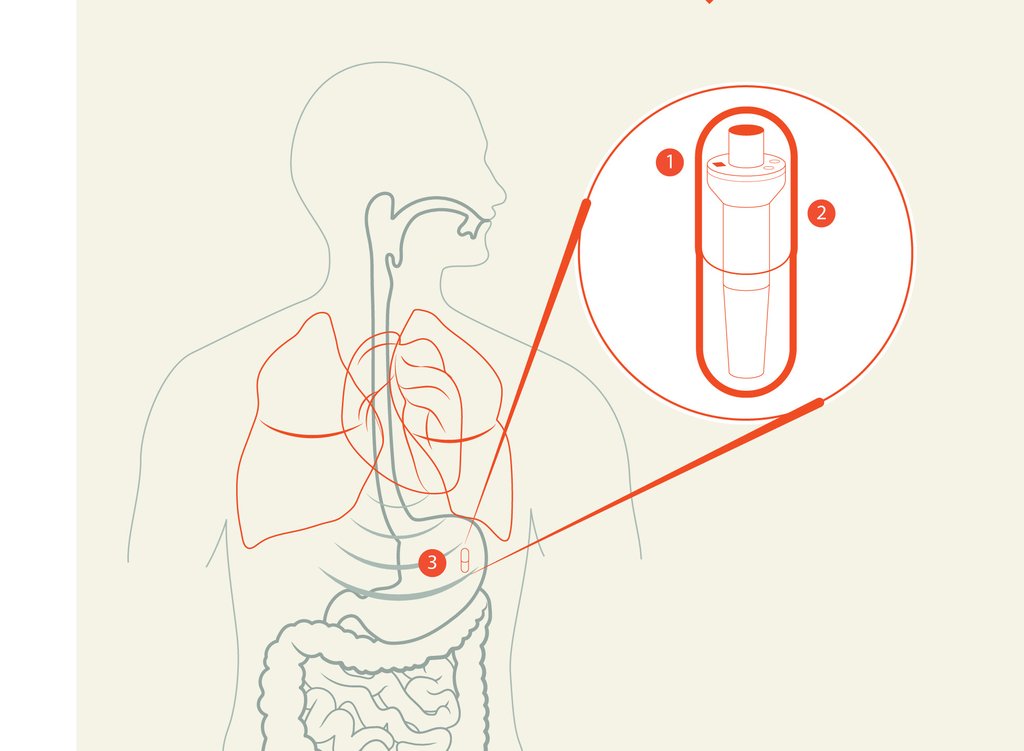