New York City's fire department has assembled one of the largest firefighter research populations in the world. 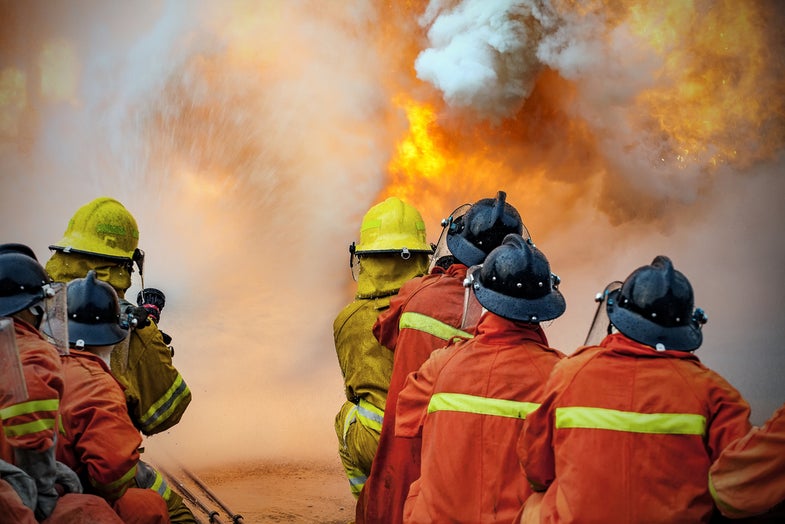 Every day for almost three years, a group of firefighters would travel from a clinic in Brooklyn to a laboratory in the Bronx, says Amit Verma, an oncologist at the Albert Einstein College of Medicine. They had precious cargo in tow: blood samples collected from individuals serving in the Fire Department of the City of New York, many of whom were first responders to the World Trade Center attack on 9/11.

Once they arrived in the Bronx, New York City’s northernmost borough, Verma says, researcher Orsolya Giricz would purify and log them in a rapidly-growing blood bank. Over the coming days and weeks, other scientists, namely Ola Landgren at Memorial Sloan Kettering, would analyze the serums, looking for signs of cancer and other diseases lurking in the blood. What, the researchers wanted to know, was the physical effect of running not away from, but directly into, one of the largest urban rescue and recovery efforts in history?

In two articles published Thursday in the journal JAMA Oncology, cancer researchers and their collaborators in the New York City fire department lay out some of the initial results of this work. Both papers argue that first responders who worked at the World Trade Center site from Sept. 11, 2001 to July 25, 2002 (the day the site closed to recovery efforts) were exposed to unprecedented environmental toxins and, as a result, have increased risks of many types of cancer, including prostate and thyroid cancer, melanoma, and multiple myeloma.

But the results are not without controversy.

Firefighting is a dangerous profession. First responders aren’t merely exposed to acute risks like, well, fire. They’re also exposed at much higher rates than the average person to known and suspected carcinogens like polychlorinated biphenyl, or PCBs, released from leaks or fires in electrical equipment; dioxin, a dangerous byproduct of combustion; polycyclic aromatic hydrocarbons, from melting plastics; and asbestos, from exposed (and burning) insulation, among other toxins.

On 9/11, every available firefighter in the greater New York City area rushed to the scene. In the immediate aftermath, an estimate 412 emergency responders died, including 343 firefighters. But according to the fire department, the deaths didn’t stop there. They continued quietly in the form of cancers and other illnesses. “The exposure [on 9/11] was so varied and included so much particulate matter… substances that can actually alter your DNA,” says Verma. “There was a cloud of dust over lower Manhattan for a long time.”

Previous studies have called attention to these risks, many led by David Prezant, the Chief Medical Officer of the Fire Department of the City of New York and a professor of pulmonary medicine at Albert Einstein College. On Sept. 12, 2002, just one year after the World Trade Center attack, where Prezant was among the first responders, he and his colleagues published a study in the New England Journal of Medicine on “Cough and Bronchial Responsiveness in Firefighters at the World Trade Center Site”. The last 16 years have been filled with subsequent publications, much of the recent work funded by the Zadroga Act, which gaurantees health evaluations and treatment services to 9/11 responders until the year 2090. Prezant’s team now hast one of the largest data banks on firefighters in the country.

“It’s been an incremental evolution. We’ve always done extensive [health] exams pre-hire,” he says. “They included chest x-rays, but not until 1996 did the pre-hire exams and the annual exams expand to include pulmonary function tests. And not until 9/11 did it expand to include blood banking, chest CT scans, and many of the things we’re looking at now.”

While early research focused on cardiopulmonary function—Prezant’s speciality and an area of great concern in the context of World Trade Center first response—the two studies published in JAMA Oncology are rather different. The first, led by Prezant, provides an estimate of future cancer burden among this population. The second, led by Verma, looks at this firefighting population’s rates of the blood cancer multiple myeloma specifically.

In the first study, researchers isolated a group of white male firefighters with a mean age around 50 who were at the World Trade Center site in the days and months after 9/11. They then compared their projected risk of cancer to average New Yorkers of the same race, gender, and age. The researchers report that among World Trade Center-exposed firefighters, one can expect a “modestly higher number” of cancers, specifically prostate, thyroid, and the skin cancer melanoma. “The [World Trade Center Health Program] must budget for appropriate resources, given the anticipated increase in cancer incidence,” the study concludes.

In the second study, Verma and his colleagues compared multiple myeloma and its precursors (non-cancerous cells that could be evidence of future disease) among their population to a sample of middle-aged white men in Olmsted County, Minnesota. They found that the rate of multiple myeloma precursors, specifically those correlated with a rare form of light-chain precursors, was elevated among World Trade Center responders compared to Minnesotan men who were demographically similar.

Taken together, the researchers say these papers will help the fire department treat existing diseases and plan for its future. “We are a true example of translational medicine here,” says Prezant. “We actually run the healthcare program for these firefighters. It’s not just a research effort. We need to prepare for the future.” But some experts aren’t so sure the future these studies envision will come to pass. Or that every cancer in the firefighting population can be assigned a cause. 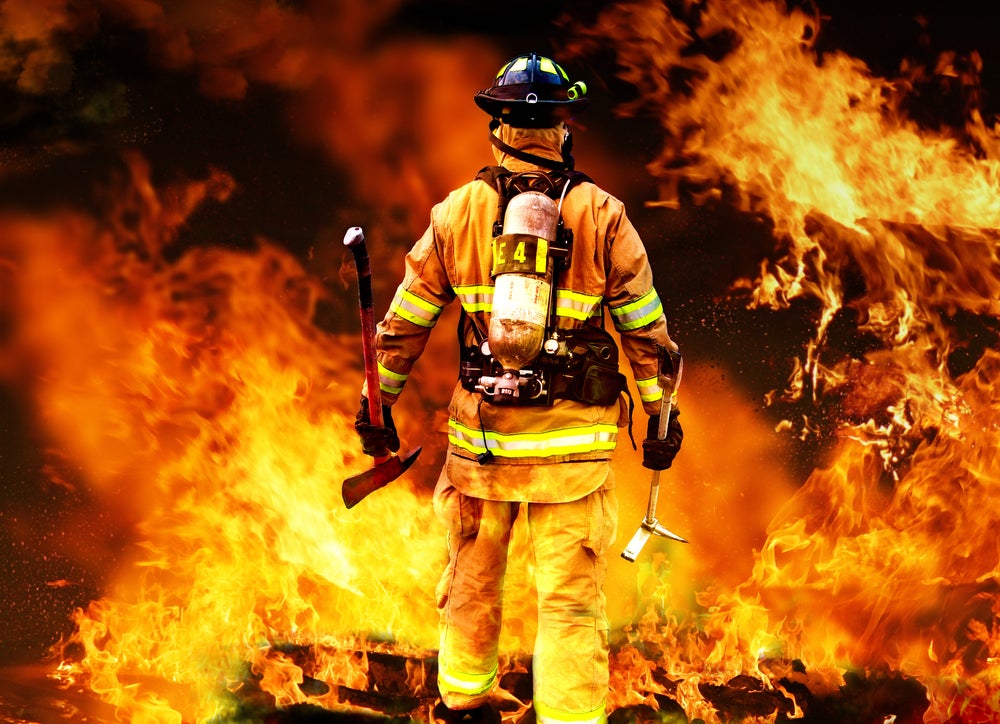 In to the fire

It’s not just the fire or the risk of building collapse that can endanger first responders. It’s the smoke and the toxins in it.

In a JAMA Oncology editorial accompanying the two studies, Otis Brawley, the American Cancer Society’s Chief Medical and Scientific Officer, lays out a strongly-worded critique of the World Trade Center cancer research. “The WTC attack is an emotional subject. Cancer is also an emotional subject. There is a tendency to want to blame something for every diagnosed cancer,” he writes. “When these WTC heroes are diagnosed as having a cancer, even a cancer common in the population, there is a natural tendency to assume it is due to their service at the WTC.” But, Brawley essentially says, not so fast.

In addition to laying out concerns endemic to all epidemiological studies (the multiple myeloma study, for example, is centered on just 16 cases) and an increasingly common expression of concern about excessive cancer screenings, Brawley expressed concern about the emphasis on 9/11 itself. Research has shown that firefighters are at higher risk of many diseases, including multiple myeloma, non-Hodgkin lymphoma, and prostate and testicular cancers, simply due to the nature of their work. At least one study has also showed an increased risk of lung cancer with every fire a firefighter fought. As a result, comparing firefighters at the World Trade Center to non-firefighting New Yorkers or Minnesotans is fundamentally imperfect. “It would be preferable,” Brawley writes in his editorial, to compare these 9/11 responders to firefighters of the same age, race, and gender who were not at the site.

But that wasn’t possible, according to both Verma and Prezant. At least not at the time. There were, in short, essentially zero firefighters in the greater New York City area employed in the early 2000s who were not exposed to the World Trade Center site. While younger firefighters unexposed to World Trade Center dust have joined the department’s ranks, they cannot be used as a comparison population, because cancer studies like these must be adjusted for age. And, Prezant says, fire departments in other American cities are only now starting to assemble and share data that would be useful in a comparison study. (Data from the National Institute for Occupational Safety and Health, which has published research on the health of 30,000 firefighters in Chicago, Philadelphia, and San Francisco, could be among the information utilized.)

“We don’t disagree with any of [Brawley’s] statements,” says Prezant, a statement echoed by Verma. But, Prezant argues, Brawley overlooked a few positives of the study, namely the high retention of firefighters (some 90 percent are still involved in this research) and the sheer depth of the New York City fire department’s data on its workers, before and after 9/11. In the future, Prezant says, he believes there will be opportunities to do the kind of intra-firefighter comparison Brawley and others desire. 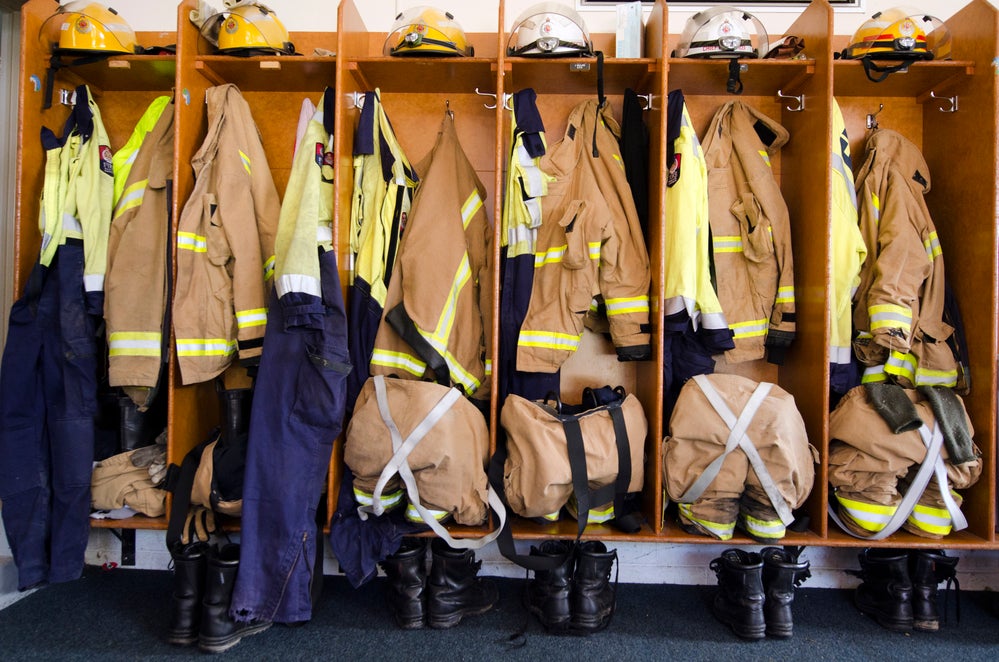 The New York City fire department, the National Institute for Occupational Safety and Health, and numerous other entities have focused their attention on firefighter health.

The two JAMA Oncology studies are now complete; they’ve wafted into the wider world. But the utility of the bank of New York City firefighter’s biological specimens, tucked inside a lab in New York City, will stretch far into the future, as the health risks to first responders—whether they were exposed to the World Trade Center site or not—are better studied and, hopefully, better managed.

“We take that risk,” Prezant says of the flames, smoke, and toxic chemicals his colleagues deal with on a regular basis. “We’re there to save lives.”