But it’s far from ‘pure poison.’ 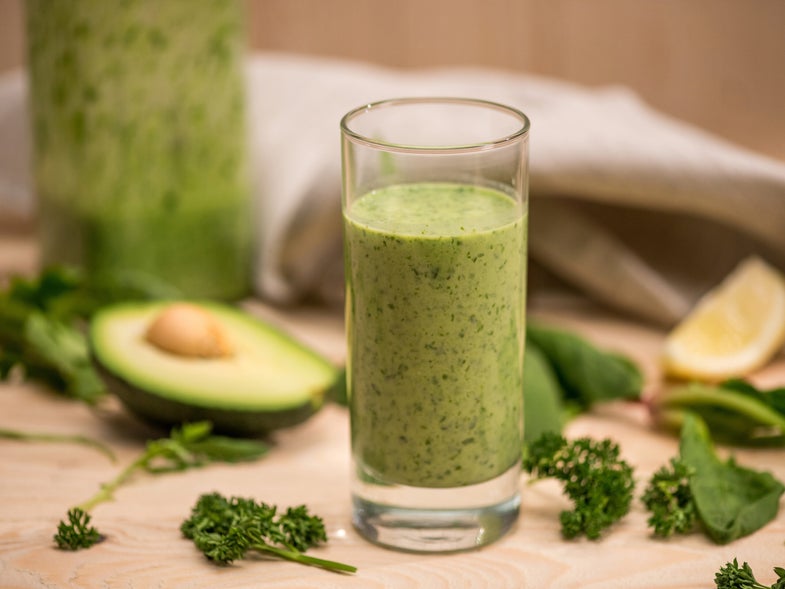 In a YouTube video that went viral last week, a Harvard nutrition professor gave coconut oil about the worst label you can give something edible: “Pure poison.” That’s a big change for a food item that many have categorized as a so-called superfood.

Foods that supposedly have superior health benefits reach news headlines all the time. But categorizing foods as either good or bad—the way marketers do when they crown new “superfoods”—is not necessarily the best way to approach nutrition. In truth, any whole (AKA unprocessed) food you eat is going to be nutritious, and claiming that some are superior to others is simply marketing.

“Produce is super. It doesn’t really matter what you are picking in the produce aisle. It is going to be super,” says Leslie Bonci, a registered dietician and sports nutritionist. Or if not super, she adds, at least “superb.”

In the video, originally in Dutch and later translated by Business Insider, the researcher calls the plant-based oil “pure poison” and laments the fact that many purport its health benefits—even though, she says, there have been no studies to suggest coconut does your body better than other oils. In fact, the lecturer goes on to claim, coconut oil is worse than most other oils.

That’s not far from the truth. To date, no studies suggest that coconut oil provides any superior benefit compared to other foods, especially other oils. Nevertheless, for the past decade, it has been touted as a “healthy fat“—compared to others—that should be eaten and used in cooking often. Coconut oil had its first big downfall a year ago when the American Heart Association published a report warning about the dangers of eating too many unhealthy, saturated fats. The report included coconut oil on a list of the most unhealthy fats, taking many health-conscious Americans by surprise.

But nutrition research experts had already known this. Every study done on coconut oil, years before it became popular, showed no benefits from using this oil as opposed to others. In fact, many showed that coconut oil raises LDL cholesterol levels more than any other liquid fat. From a structural perspective, coconut oil is about 90 percent saturated fat (which is why it stays solid at room temperature). According to Harvard’s Walter Willett, that’s a far higher percentage than butter, at 64 percent, as well as beef fat and lard, both at 40 percent. Studies show that too much saturated fat in a person’s diet raises their LDL cholesterol. LDL is one of two main lipoproteins (fat-like molecules) that help carry cholesterol through the body; the other is HDL. While HDL travels to the liver where it’s processed out of the body, LDL gets stuck in our arteries, contributing to a buildup of plaque (known as atherosclerosis), a component of coronary artery disease.

What about avocados, broccoli, kale, etc.? Is there really a such thing as a superfood?

Superfoods are often given their label for having either a high number of one particularly beneficial nutrient, or a bit of a bunch of them. However, that doesn’t mean that you can’t get those nutrients from other foods as well. And few foods out there contain some special nutrient that no other food can offer.

In fact, says Bonci, there’s really no food that will provide you with every beneficial nutrient, antioxidant, vitamin, macro and micronutrient your body needs. “There’s one exception to that rule, and that’s breast milk in the first six months of life,” she says.

It’s far better to eat a variety of foods to maximize your nutrient intake, and no foods should be discriminated for or against. In fact, many of the epidemiological studies looking at the health benefits of coconut oil were done on populations that ate the entire coconut, rather than extracting and processing the oil. And the coconuts were eaten as part of a traditional diet, including little if any processed foods and mostly wholesome ones. In other words, eating coconut-based vegan ice creams and stir-frying your veggies in the stuff in lieu of butter is all well and good, but it’s not actually healthy.

According to Bonci, the popularity surrounding superfoods does have some merit. Bonci works with the NFL’s Kansas City Chiefs. “I’ll do anything to get them to eat produce,” she says. She experimented with offering them acai bowls—a popular snack where the berry, a supposed superfruit, is frozen and blended smoothie-style with various add-ons.

“It’s not that acai is the be all and end all when it comes to fruit,” she says, “But the reality is that I took that acai and I added some mango and I added some spinach and they ate it because they thought it was cool and trendy.” The food of the moment, she explains, can be powerful for our health. But many folks who aren’t fortunate enough to have nutritionists on call are tempted into acai bowls smothered in various sweet and crunchy toppings, some of which might turn their superfood snack into a sugary, high-calorie dessert in disguise.

“If marketing translated to people increasing their overall consumption of fruits and vegetables because of the use of the word super, then that would be great,” she says. “But it hasn’t happened. We still have a lot of work to do.”

So what should I eat?

If you can ignore the persistent noise from food companies and dieting trends, eating a diverse diet full of whole, unprocessed foods is best.

“To make an eating plan super, you need to have a lot of different foods,” says Bonci.

As for coconut oil? It’s far from poison. No review, large-scale report, or case study has ever pinpointed coconut oil as a cause of death. However, consuming the fat in consistent, high amounts is probably not the healthiest choice. Just remember: everything in moderation.