Do ADHD and dyslexia make athletes more likely to get concussions?

Trainers don’t have tools to best manage the problem. 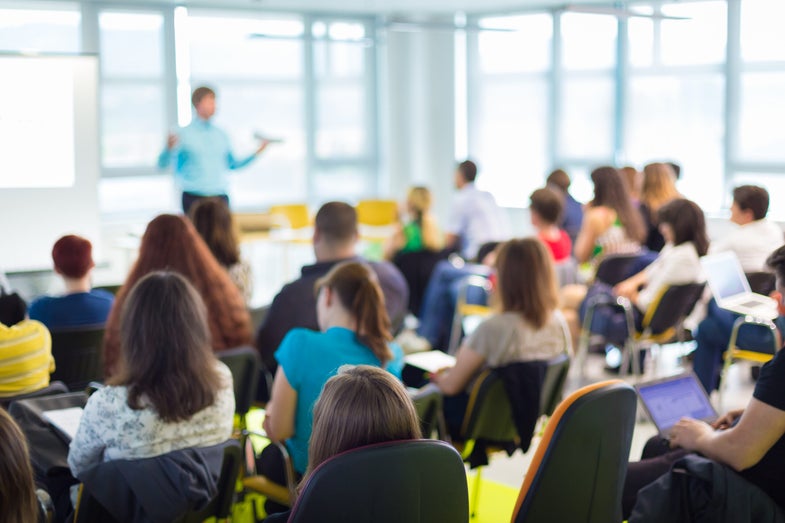 Risk factors for concussion are plentiful—playing soccer, playing football, having a prior concussion, being female. In an addition to the scientific to-do list, a new report is calling for researchers and to pay attention to something else that seems to make concussions more likely: learning disabilities.

Rebecca Wiseheart, a former clinical speech-language pathologist and professor of Communication Sciences and Disorders at St. John’s University in New York, first heard about the connection when she was asked if a former patient’s concussion could be related to his dyslexia.

To start to address the gap, Wiseheart is piloting a system for athletic trainers to use to identify dyslexia in student-athletes. She proposes that trainers incorporate a rapid automatized naming (RAN) test into their normal battery of preseason testing, so that they can independently identify any athletes with dyslexia. “We chose that test because it’s really predictive of dyslexia, and easy to use,” she says. She published a report with her preliminary protocol in the Journal of Athletic Training in October.

It’s important for college athletic trainers to do their own screening for dyslexia, Wiseheart says, rather than just rely on athletes to self-report, because kids just entering college might be reluctant to disclose a learning disability.

Accurately identifying athletes with dyslexia and other learning disabilities is important, Wiseheart says, so that researchers can start to follow this group and understand why they appear more prone to concussion. “The majority of research studies about concussion exclude people with learning disabilities,” she says. “It’s subgroup we really don’t know much about at all.”

Missy Fraser, assistant professor of athletic training at Texas State University, notes that athletes have the same percentages of learning disabilities as the general population. “Athletes are regular students and human beings,” she says. “Inclusion of those people in your studies are very important, so you can generalize your studies to those populations as well.”

Fraser isn’t as concerned about athletes self-reporting learning disabilities, and she isn’t sure that trainers—who aren’t experts in the area—should be doing their own screening. However, she thinks that dyslexia and other learning disabilities are factors trainers dealing with concussion need to be aware of. “Normative values for most of our tests don’t exist for people with learning disabilities and dyslexia,” Fraser says. Not every school or team has the resources to do full baseline screening tests for each individual athlete, Fraser says, and occasionally, an athlete will have a concussion before baseline testing occurs. That’s why it’s important to have some idea of the average score for different groups of athletes.

Fraser and the athletic training team at Texas State also take additional steps to make sure their testing protocols are equally effective for students with learning disabilities. For example, those athletes take their baseline test one on one, rather than in a large group with their teammates. The testing proctors also take care to make sure the athletes understand the instructions for each part of the test. “We’ve seen much better scores, and scores that are much more true to what I think their cognitive abilities are,” Fraser says. She also started incorporating balance tests into baseline screening, which isn’t affected by learning disability.

Wiseheart is finishing up a one-year pilot program using the RAN test with athletes at St. Johns, and plans to expand that pilot this spring. One of the next tasks, she says, is to tease out the differences between the risk the different types of learning disabilities pose. “We want to look at dyslexia versus ADHD, and see if there are differences over time, and really parse out those groups.”

This isn’t a reason to prevent kids with learning disabilities like dyslexia from participating in sports, Wiseheart stressed. “For many kids with dyslexia, sports are their savior,” she says. Instead, she says, it’s just another of the many, many factors concussion research should start to consider.