It's not just concussions that can cause damage. 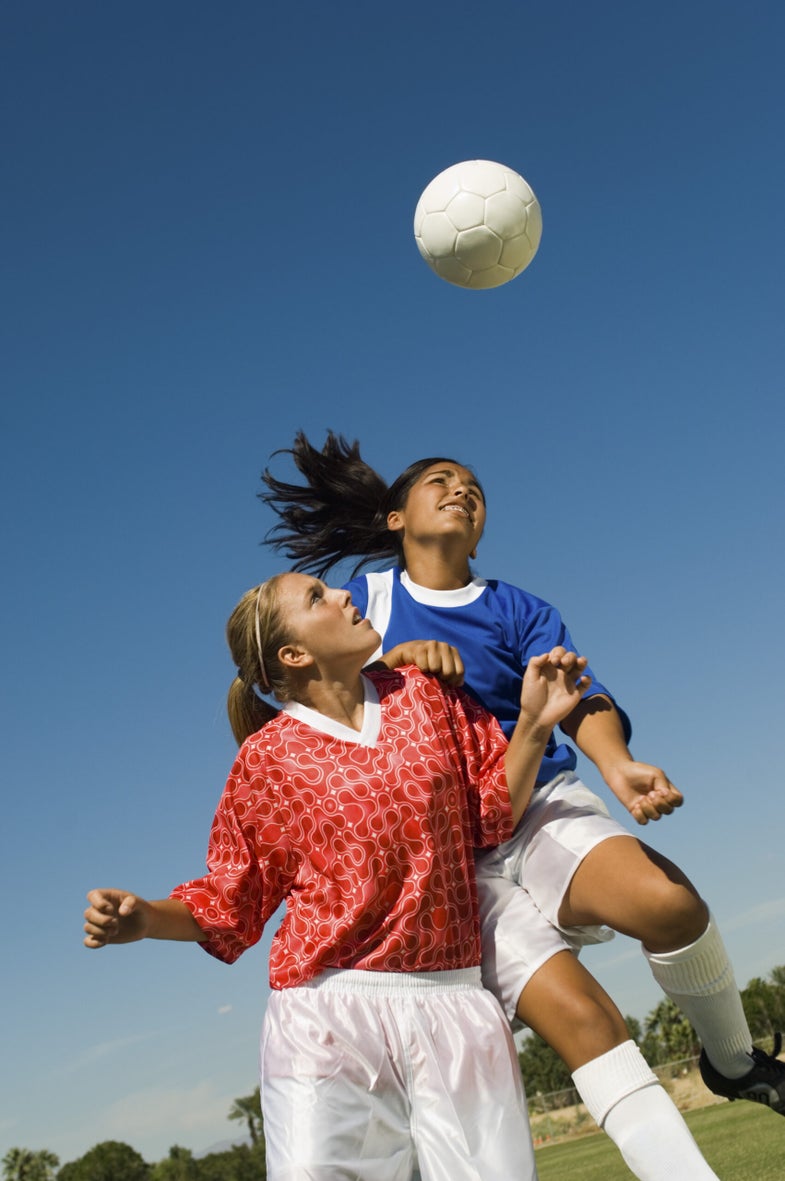 Repeatedly putting your head in the path of a fast-moving projectile isn’t everyone’s idea of a good time, but it’s par for the course for soccer players. They might hurl their foreheads toward the soccer ball dozens of times during a single practice or game. But playing with your head can hurt your brain.

The technique known as “heading” causes damage to the brain’s white matter, and it does more damage to women than it does to men, according to research on amateur soccer players presented this week at the annual meeting of the Society for Neuroscience. Similar amounts of heading appeared to cause changes in more areas of the female brain, and a greater overall volume of their brains were damaged.

Heading is considered a subconcussive impact, or a hit to the head that doesn’t cause any clinical symptoms. But it still does damage. “People are starting to think that more and more lifetime accumulation of subconcussive injury could be leading to longterm deficits,” says Todd Rubin, lead author and researcher at the Albert Einstein College of Medicine in New York. “It’s not as benign as people once thought.”

White matter is made up of the long projections that carry information between different sections of the brain. It’s essentially the highway for the brain’s signals and information. In a full-on concussion, the brain’s white matter pathways stretch and tear. But this new study builds on past research showing that repeated heading, even without a concussion, can also damage white matter. According to a 2013 study, observable white matter changes start to crop up in soccer players who head the ball around 1,000 times a year.

Rubin was interested in narrowing in on the differences in the white matter changes between men and women, and compared 49 male and 49 female amateur soccer players matched by both age and the amount of heading they reported in the past year. Mounting evidence suggests that women suffer concussions more than men: they report more concussions, they have more symptoms, and those symptoms last longer.

There are two major theories for sex differences in concussion: one, that differences in neck strength and body mass mean that women feel a greater impact from the same amount of force, and two, that hormonal and genetic factors play a role. Rubin’s study did not try to characterize the reason for sex differences, but he hopes future work in mouse models will help to tease out some of the mechanisms that drive the variation in white matter damage.

The long term goal, Lipton says, is figure out the amount of heading—for both men and women—that can add up to damage. “We’re focused on trying to characterize what dose of heading confers risk.”