Therapists Struggle To Treat Vampires And Other People With Alternate Identities 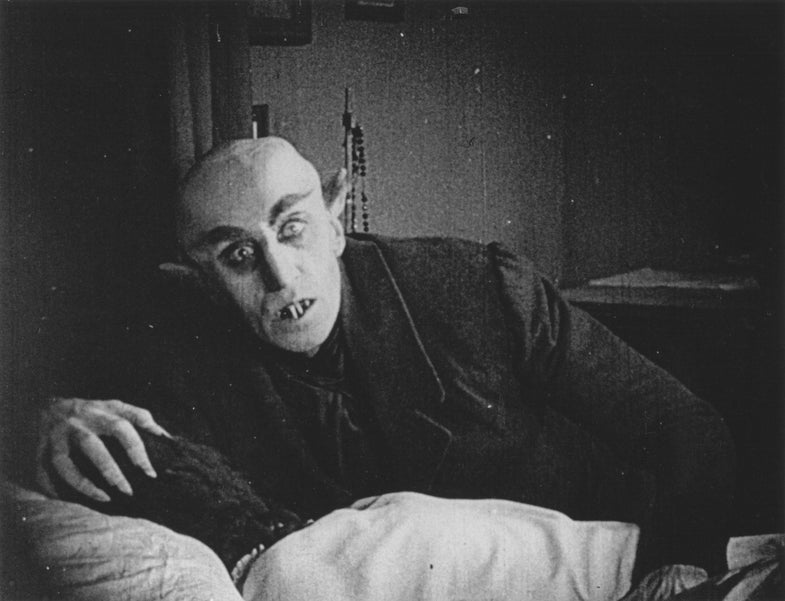 There are people out there who are certain that they are vampires. No, they’re not kids who saw Twilight too many times and can’t tell the difference between fact and fiction—human vampires are people who truly believe that they gain energy by consuming another person’s blood. There are whole online communities devoted to it. But even human vampires have relationship or family issues, so they sometimes turn to psychologists or other clinicians. A new paper published in Critical Social Work looks at the fraught relationships between people who have alternate identities and the clinicians trying to treat them.

“We live in an age of technology and live in a time when people can select new, alternate identities to fit how they understand themselves better,” says DJ Williams, a professor of social work at Idaho State University and one of the authors of the new study, in a press release. People who identify as vampires tend to be socially and psychologically stable. More often than not, they tend to keep their alternate identities private because they fear being discriminated against or misunderstood. And though no one knows how many there are in the world, real-life vampires may be more common than you might think.

“People with alternative identities have the same set of issues that everybody has,” Williams says. “People of all kinds sometimes struggle with relationship issues or have a death in family or struggles with career and job-type issues. Some of these people with alternate identities may come to a therapist with these issues, and if clinicians are open and educated about this group they should be able to help the individual much better.”

In the study, the 11 self-identifying vampires surveyed noted that they were very skeptical of seeing a clinician for fear of being thought to have a psychological problem or seen as “wicked” or “evil.” Williams suggests that clinicians take the time to understand how the client’s vampirism manifests itself—is it a lifestyle choice, or real-life vampirism? What does that self-identification mean to the patient? If clinicians are able to approach a session with a vampire with as little judgment as possible, he would be better able to understand the client’s worldview and help her get the best treatment possible for those issue that are truly detrimental.