Not your grandmother’s lobotomy 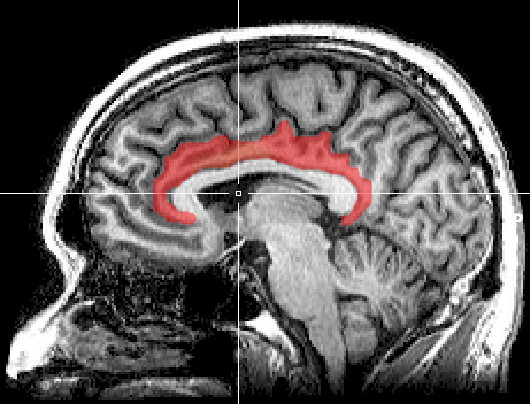 In the middle of the 20th century, lobotomies were a relatively common treatment for people with severe mental illnesses. The controversial procedure surgically destroyed neurons connecting a patient’s prefrontal cortex to the rest of the brain. Since the 1960s, the procedure has fallen out of favor. But recently neuroscientists have made headway with a more exact, less destructive version of a lobotomy using lasers, according to an article in Wired.

The procedure that uses lasers is called an anterior cingulotomy and, for now, is only approved to treat Obsessive-Compulsive Disorder (OCD). A surgeon drills a tiny hole in the patient’s skull, then inserts a tiny blade into the brain to carve a pathway to the anterior cingulate cortex, a part of the brain that links emotions to physical tasks. Once the surgeon’s tools arrive at the right cluster of neurons, they fire up the laser, burning lesions into a small, specific area of gray matter. The laser essentially melts part of the brain, which is less damaging than hacking at it, as is done in traditional lobotomies.

There are lots of other ways to treat OCD, of course. Medication and therapy are the most common, but those don’t work at all for 30 to 60 percent of patients. As neuroscientists have pinpointed the parts of the brain that cause OCD, they’ve figured out where to direct more invasive treatments. Some have been working with deep brain stimulation, where a surgeon attaches electrodes to the ventral striatum, critical to rewards-based decision-making and crossroads for a lot of important neurological functions. But even the hardiest devices require maintenance, so sometimes these laser psychosurgeries are preferable.

So far the FDA has only approved surgeries to treat patients with OCD, for which they have a pretty high success rate—in one trial, 69 percent of patients had a full or partial response five years after treatment. But soon they may be approved to treat depression, as initial results seem to restore normal brain function to patients.