Microbes In The Weight Room

A new study uncovers the bacterial population in athletic facilities 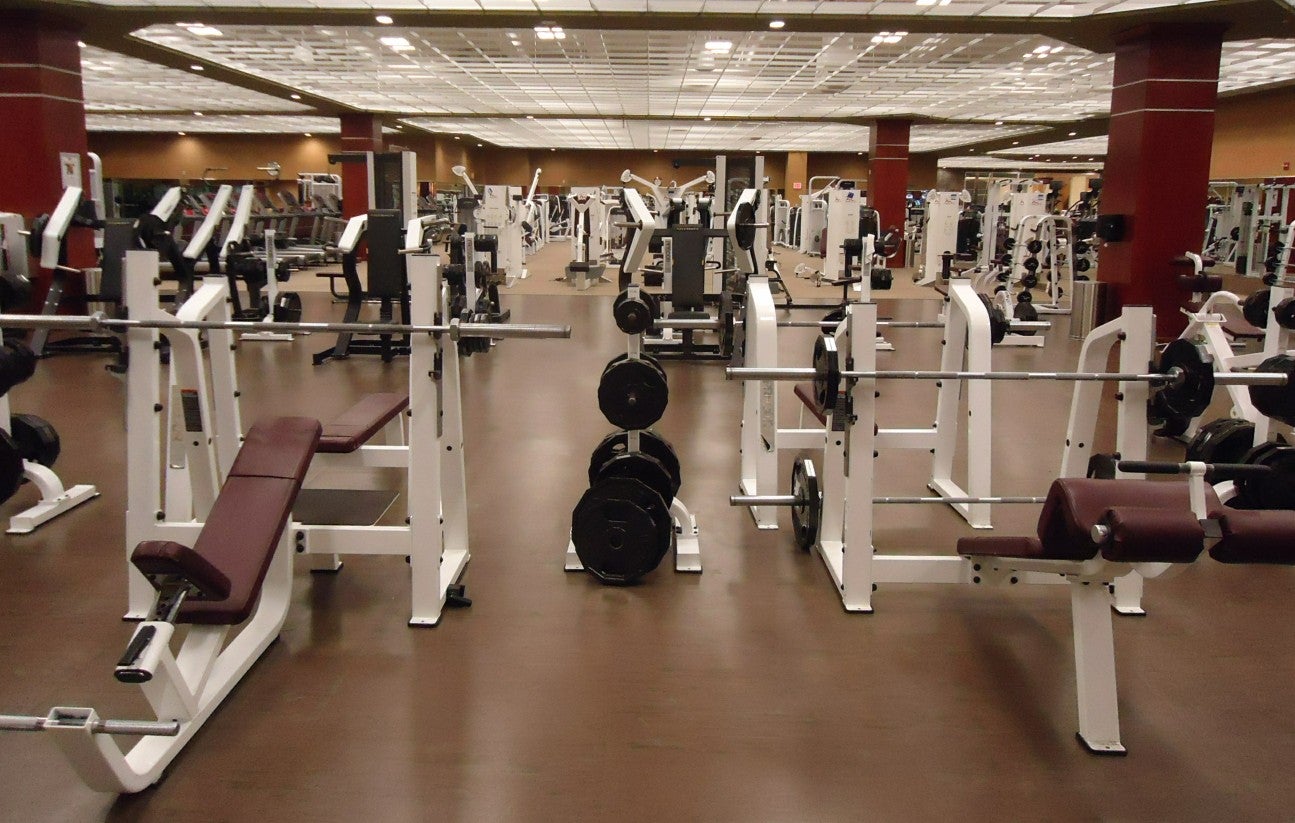 In addition to water bottles, disinfectant spray bottles have become commonplace in many athletic facilities. The routine is simple to adopt; after you’ve used a piece of equipment, simply spray down the surfaces you’ve touched and give it a wipe.

The overall goal of this recent requirement is the prevention of infection spread, particularly Methicillin Resistant Staphylococcus aureus, MRSA. Some twelve years ago, this bacterium, once thought to be only acquired in healthcare facilities, began to show up in the community. Between 2002 and 2003, in Los Angeles alone, outbreaks were recorded suggesting this bacterium was growing in the community. One happened to involve athletes; the spread presumed to be direct body-to-body contact.

Over the next few years, other outbreaks occurred, particularly in those playing football. Some, such as one in Connecticut involved ten people in a team of 100 players. The spread wasn’t limited to direct contact as other indirect means such as showers and sharing locker areas became suspect. By 2008, the risk spread from the locker room to the field.

With MRSA growing in this niche of athletics, the scope spread to other athletic environments. Simply being in a gym with shared weight equipment became a potential risk factor. But a study also published in 2008 put some doubt on the potential for spread suggesting the risk was minimal at best. Yet, because the weight room offers the perfect opportunity for microbial spread, there was no point in ignoring the risk. As a result, disinfection at source was implemented.

But even this strategy seemed to be ineffective as MRSA spread continued. Perhaps the most famous occurred in 2013 involving the NFL’s Tampa Bay Buccaneers. Three members of the team came down with the infection. The concern was so great at least one of the scheduled games was threatened. The team managed to clean their facility and put an end to the outbreak.

The incident brought even more attention to the issue and sparked worry amongst both athlete and facility managers. Yet, amid the apprehension, little had been done to find out whether MRSA was in fact a serious issue for everyone. After all, these may have been isolated events or a case of bad luck. But until a proper assessment of the microbial population in an athletic facility was performed, there was only speculation.

Last week, some answers to underlie the potential for infection spread, finally became available. A team of American researchers undertook the task of exploring the bacterial population of a gym and revealed the microbial population of an athletic facility. Their results provide some ease for those worried their visit to the gym may soon be followed by a trip to the hospital.

The group chose three university facilities in Chicago. They chose several different machines to sample, including elliptical machines, mats, weights and benches, as well as the floor. The samples occurred every hour over two different days. By the time the collection was complete, a total of 356 samples were obtained.

Each sample then went through a genetic analysis to identify the bacteria present. This resulted in nearly 11 million sequences. Of those, over 50,000 could be linked to a particular bacterium. This equated to 800 different bacteria per sample. The sequences were then typed to identify the genus and then compared to other samples to determine prevalence over the two day period.

The results revealed environmental bacteria were the most common. This included Pseudomonas and Acinetobacter, which made up 18% of all the bacteria identified. This wasn’t unexpected as any environment would be likely to harbor these organisms. Another expected result was the relatively high amount of skin-associated bacteria. Corynebacterium, Micrococcus and Kocuria were frequently identified as was Staphylococcus, the genus of MRSA (although it wasn’t identified in this study).

Once the bacteria were identified, the authors then tried to determine trends in microbial population. What they found was a core bacterial community for each of the surfaces. As for the other bacteria, they seem to have high turnover based on the variety of humans using the equipment. This may be due to extraneous factors, such as sweat load, the level of hygiene exhibited by an individual, and the frequency of cleaning/disinfection within the facility.

The results also reveal the incidence of infection transmission isn’t the equipment’s fault. In order for spread, a colonized person has to use the equipment and leave behind enough bacteria to be picked up by another person. The amounts would also be so small an additional laceration of the skin would be necessary to speed up the transmission.

There is of course, one caveat to this study. The authors never explicitly looked for MRSA. But research has revealed it is usually transient and requires an infected person to be present in order to cause an outbreak. This suggests in a healthy population, the risk for catching MRSA from a piece of equipment is relatively low.

But once an MRSA-infected individual enters the mix, the situation can change quickly. Unfortunately, this also means without some way of knowing if a person is infected, all environments in a gym should be regarded as being a potential source of spread. This means the best way to stay safe is to adhere to the disinfection policy. To be even safer, it might be good to use it before as well as after you’ve pumped some iron.