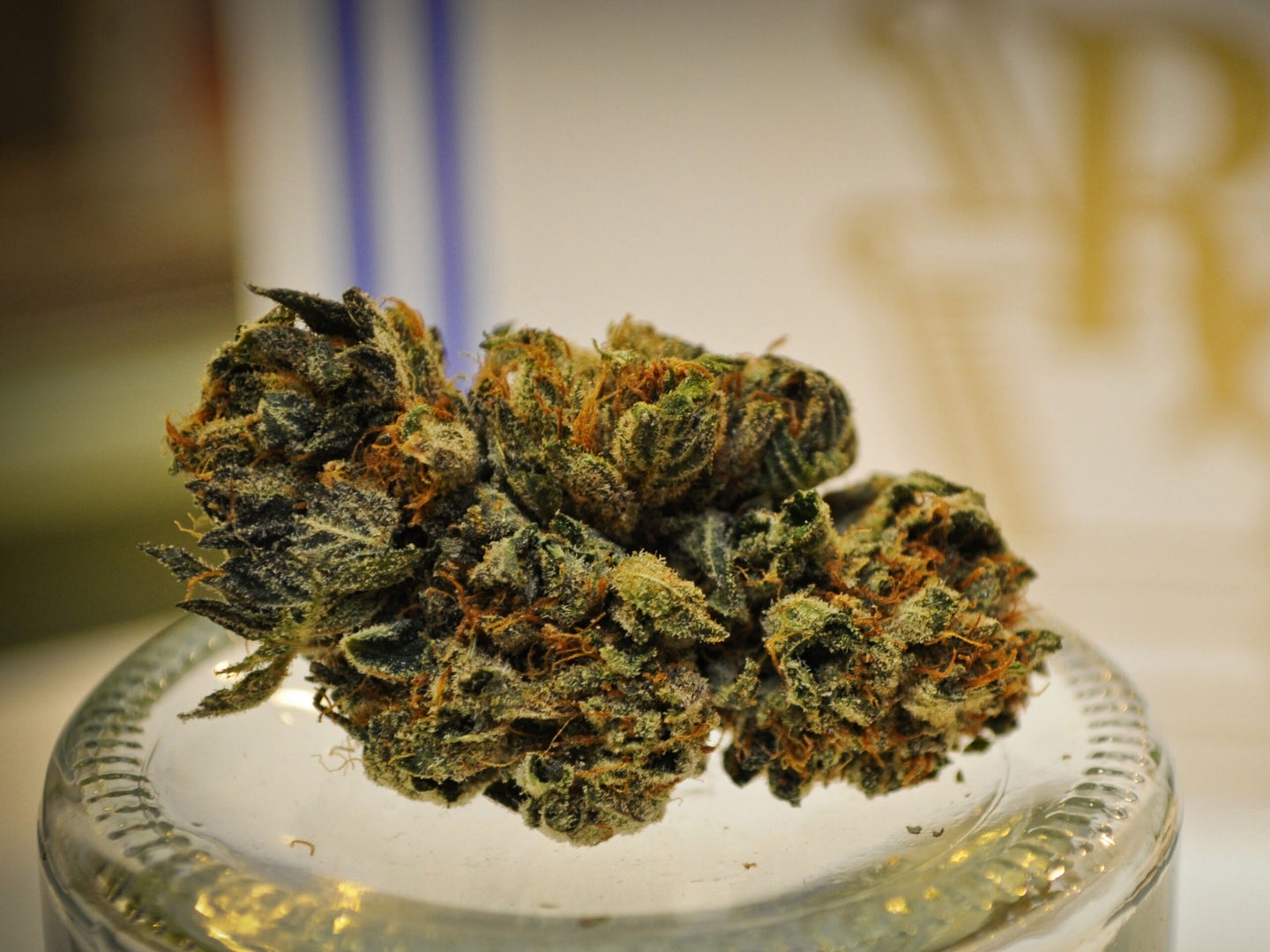 Step aside milk. Weed could be could be the next big thing in bone health.

Marijuana affects our bodies in a lot of different ways, for example by giving us the munchies, decreasing motivation, or even by helping to fight off bacterial infections and parasites. Now researchers have found that a chemical in cannabis might just help build strong bones, too. A recent study published in the Journal of Bone and Mineral Research found that cannabidiol (CBD), a non-psychotropic component of cannabis, helped heal bone fractures in rats.

The team at Tel Aviv University injected CBD in one group of rats with mid-femoral fractures. They also injected another group of rats with the same type of fractures with a combination of both CBD and THC, the main psychoactive chemical in cannabis. After eight weeks, the researchers found that the rats who received CBD had healed better than rats who received a control injection of a saline mixture. But, before you roll a celebratory joint, CBD alone enhanced fracture healing, whereas the mixture with THC offered no advantage.

Not only could CBD enhance bone regeneration, it may increase the strength of the bones as well.

“We found that CBD alone makes bones stronger during healing, enhancing the maturation of the collagenous matrix, which provides the basis for new mineralization of bone tissue,” said co-author of the study Yankel Gabet in a press release.

While some researchers hope to create synthetic marijuana that only targets certain serotonin receptors to separate marijuana’s negative affects from its positive health benefits, the researchers at Tel Aviv University want to pursue the use of CBD in human trials, since it has no psychotropic properties and is primarily an anti-inflammatory, they say.

“Other studies have also shown CBD to be a safe agent, which leads us to believe we should continue this line of study in clinical trials to assess its usefulness in improving human fracture healing,” said Gabet.