Why Are There More Blue-Eyed Alcoholics?

It’s a matter of correlation, not causation 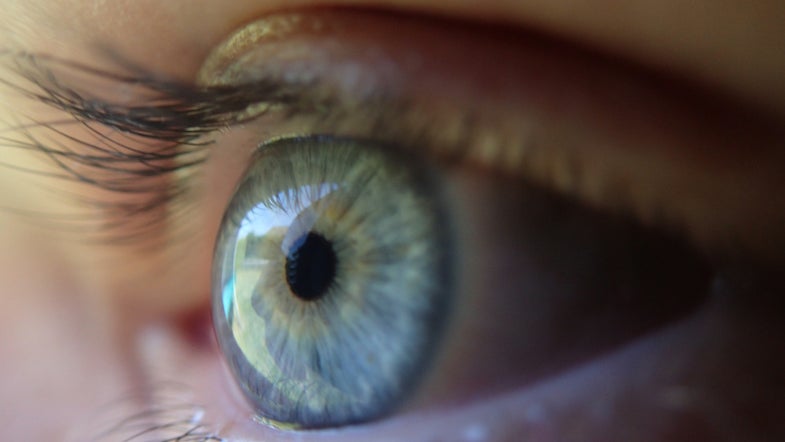 This week, researchers from the University of Vermont published a study in which they identify eye colors as an indicator for alcoholism—people with light-colored eyes, especially those with blue eyes, had higher incidences of alcohol dependency than their dark-eyed peers. But it’s misleading to think that blue eyes cause alcoholism, or vice-versa. The study authors very likely uncovered an uncanny correlation, but that doesn’t provide any big help in diagnosing alcoholism or understanding the complex genetics behind it.

In the study, published in the American Journal of Medical Genetics: Neuropsychiatric Genetics (Part B), the researchers used a database of over 10,000 patients from all over the northeast United States who had been diagnosed with at least one psychiatric illness (such as alcoholism). The researchers noticed that, of European Americans, those with lighter eye colors were diagnosed with alcoholism more often than those with dark eyes.

Almost every disease we know of has a genetic component, and alcoholism is no exception. Researchers are finally starting to suss out which genes are connected to which diseases, but it’s not an easy task. The handful of genes that have been connected with alcoholism over the past 20 years “can only explain a small percentage of the genetics part that has been suggested,” says study author Dawei Li in a press release. “A large number is still missing, is still unknown.” Several genes determine a person’s eye color, and there’s a very remote chance that one of them is in some way tied to alcoholism, too.

But for the majority of illnesses, our genes only give us a predisposition towards diseases, affected by environmental factors. And for a disease like alcoholism, there are a huge number of non-genetic factors that can influence how and why people drink, such as social or cultural attitudes, income level, upbringing, and stress. So while eye color may correlate with alcoholism, no one is quite sure of the cause of this connection—but there’s little chance that the blue-eyed genes are causing it.

In the future, the researchers hope to pursue more connections between genetic background and mental illness. But if you’re concerned about the genes behind alcoholism, for now you might do better to consider your own family history of alcoholism than your eye color.