A new type of cell scaffold holds the key 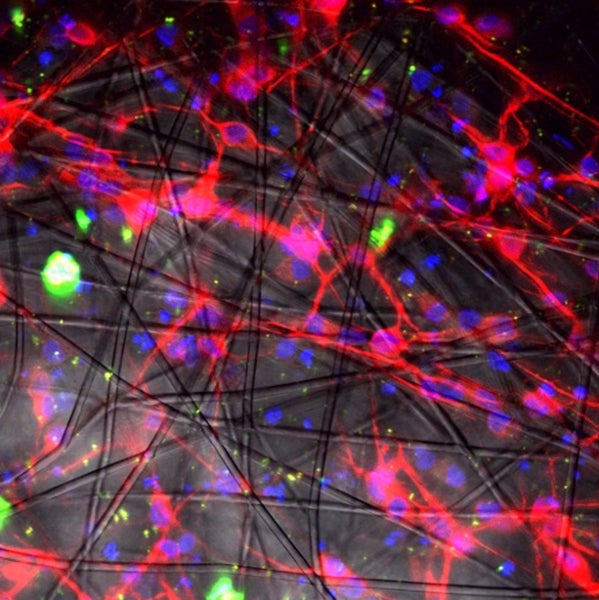 The debilitating effects of neurodegenerative diseases, such as Parkinson’s, Alzheimer’s, ALS, and Huntington’s, are due to the loss of or damage to many cells in the brain. Treatments for these diseases can slow their onset, but as of yet, they can’t reverse or cure this damage. In the past, scientists have tried to do so by injecting individual neurons into the brain’s of animal models of these diseases to replace those that had been destroyed. But the individual cells usually didn’t survive, so they offered no benefit.

Scientists wondered if injecting networks of neurons into damaged brains, instead of individual neurons, would work better. So a team led by scientists from Rutgers University created a 3D scaffold on which to grow neurons before injecting them into brains. These networks of neurons were much more likely to survive once they were implanted, which might someday help scientists create a viable treatment for neurodegenerative diseases. The researchers published their work this week in Nature Communications. 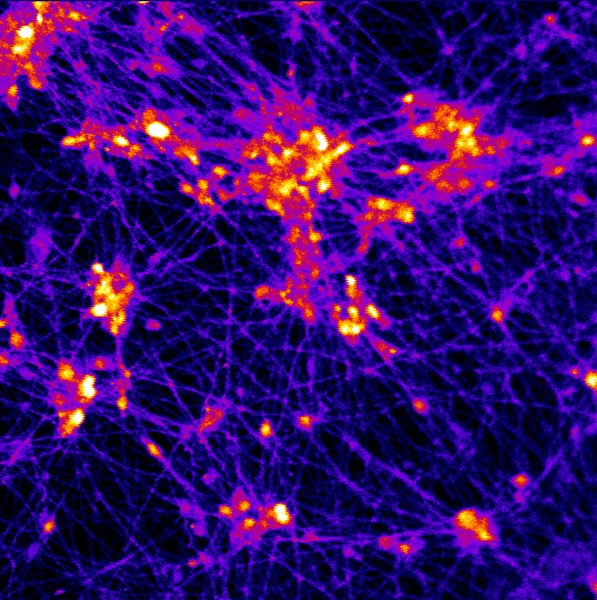 Networks of neurons, created from stem cells, fire when exposed to an electrical current

The researchers first grew the neurons by converting mature adult cells into pluripotent stem cells, then exposing the stem cells with a protein that would signal their development into neurons. Then the researchers let the neurons mature in a 3D scaffolding of polymer fibers. Because neurons work by transmitting electrical signals between them, they naturally grow connections to one another, so the researchers wanted to create a matrix with the right dimensions to encourage that type of growth. They experimented by altering the thickness of the fibers (the thicker ones ended up working best) and how far apart they should be in the matrix—not too far that neurons couldn’t link up with others nearby, but not so close that the neurons wouldn’t have space to develop.

Once small networks of neurons developed, the researchers compared their function to that of individual neurons on slices of diseased mouse brains in the lab. They found that the networked neurons survived much better. Then the researchers injected them directly into the brains of mice. After three weeks, they found that the networks of neurons grown on a scaffold were 40 times more likely to survive than neurons injected alone. Previous studies suggest that transplanting these networks into brains that have already been damaged by disease might even boost their integration into existing tissue, the authors write.

To the researchers, these results are a promising indicator that a similar tactic could work for humans. What’s not yet clear, however, is how replacing neurons will affect the progression of the disease, or if the treatment can address what destroyed them in the first place. The researchers are fine-tuning their scaffolding to be used to treat Parkinson’s disease in the near future, according to a press release.