The drones flew above a volcano's crater and into its toxic plume. 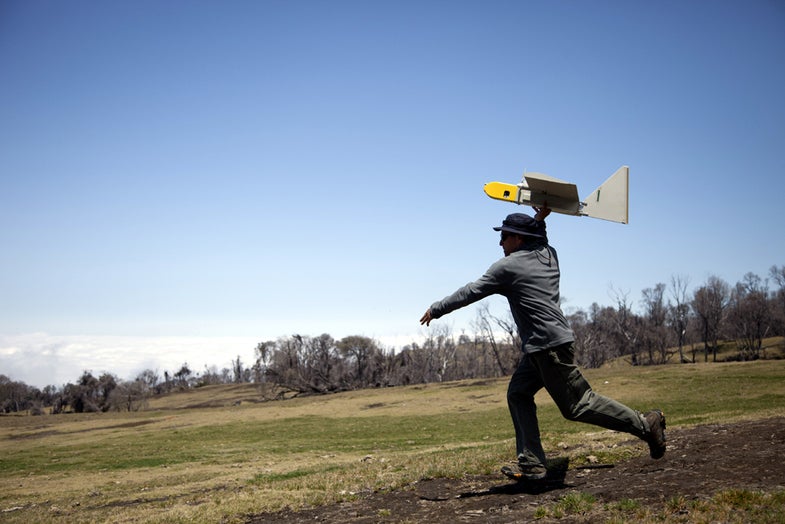 Even from high above, volcanoes are difficult to study, because they blow out ash and nasty chemicals that can harm airplane engines. But careful monitoring of volcano behavior can improve computer models that explain how they work, and could even predict how they’ll behave in the future. To get better data, NASA is sending some military drones into the breach, where the robots can do the dirty work for them.

In March, a team from NASA’s Ames Research Center took three electric drones they had obtained from the U.S. Marine Corps and traveled to Costa Rica. The team wanted to study the Turrialba volcano, which has a continuously erupting plume belching out carbon dioxide, sulfur dioxide, water vapor and some other materials. The plume stretches up to 11,000 feet above sea level, and has relatively low wind shear and updraft, so it’s a nice compact plume to study.

The drones were Dragon Eye UAVs, built by drone-maker Aerovironment for military use. They use electric engines, so there was no concern about ash or other harmful materials interfering with their engines.

The drones flew through the toxic plume up to 12,500 feet above sea level, which is more than 2,000 feet above the summit of Turrialba’s crater, according to NASA. There, they sniffed out ash concentrations and gas levels. New computer models from these brave drones will improve climate models and help researchers understand “vog,” which is like smog, but around volcanoes.

Research like this can help scientists sample massive volcano plumes, like the one that spewed from Iceland’s Eyjafjallajökull volcano in 2010, crippling air traffic. 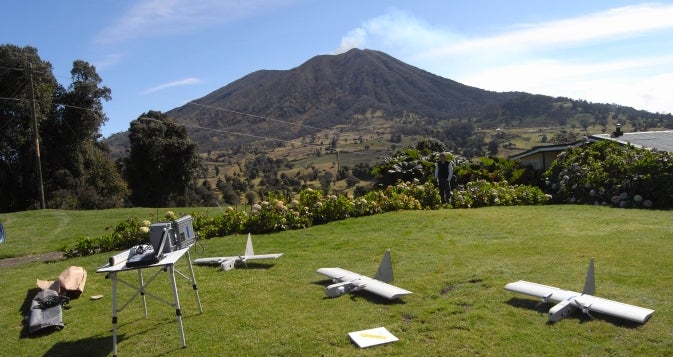 NASA researchers transferred these three Aerovironment RQ-14 Dragon Eye UAVs from the Marines. The aircraft weigh 5.9 pounds, have a 3.75-foot wingspan and twin electric engines, and can carry a one-pound instrument payload for up to an hour within a volcanic plume.