Let The Robots And iPhones Tend The Crops 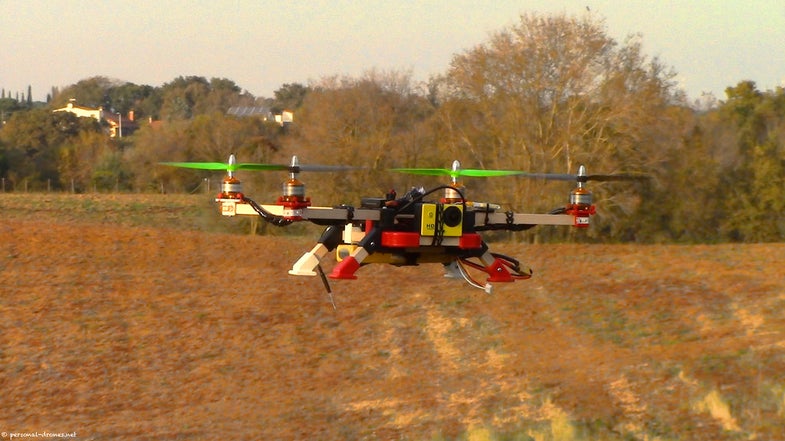 Since Dorn Cox began automating his 250-acre New Hampshire farm four years ago, he has installed dozens of sensors. Some measure moisture in soil around his squash. Some track temperatures in the greenhouse air around his cucumbers. Others track wind speed and rainfall in segments of field roughly a quarter-acre in size. When something is amiss—temperatures are too high or the soil is too dry—he receives an alert on his smartphone. He also sends out drones to survey his field crops for dryness, soil erosion, and plant health.

“On a farm, there’s a lot going on,” Cox says. “Being able to keep track of it all without having to hire more people is important. It lets you do a better, more efficient job.”

For centuries, farming was an intuitive process. Today, it’s networked, analytical, and data-driven. Large farms (1,000 acres or more) started the trend, adopting the tools of precision agriculture—using GPS-guided tractors, drones, and computer modeling to customize how each inch of land is farmed. Farm managers can measure and map things like soil acidity and nitrogen levels, and then apply fertilizer to specific plants—not just spray and pray. As a result, they get the most out of every seed they plant. Such methods have reduced farm costs by an average of 15 percent and increased yields by 13 percent, according to a 2014 survey by the American Farm Bureau Federation.

Small farms—which make up 88 percent of all farms in the U.S., according the Department of Agriculture—are now adopting similar methods, powered by a proliferation of affordable sensors, drones, cameras, wireless networks, and data plans. And they sometimes see better results than large farms. Cox, for one, says he has cut labor and fertilizer costs by as much as 70 percent, and in some cases doubled his crop yields.

He and his fellow farmers also share data through farmhack.org. In the past, innovation came from individual experiments. Now, “if you’re able to capture new data with the help of other farms,” Cox says, “all those experiments add up to much faster learning.”

Farming was once intuitive. Today, it’s analytical and data-driven.

At Cox’s Tuckaway Farm, about 20 miles northeast of Portsmouth, Cox uses farmOS, an open-source farm-management software he helped develop. He can also create 3-D models of crops to show biomass volume. He can look at larger landscape patterns via drone. And he can share information in real time. His next innovation will be employing robots in the field. When corn grows to a mature height, it’s difficult to get through the rows to apply nitrogen. Instead, farmers apply it to the soil at the start of a season and hope it lasts. But Rowbot—created by Minnesota agricultural engineer Kent Cavender-Bares and his two brothers, one a roboticist—is small and sturdy enough to carry several gallons of nitrogen and work its way down the space between rows, applying nitrogen when needed.

“In the future, the machines will be out there doing work and at the same time learning about that field,” says Cavender-Bares. That data will, in turn, affect how farmers like Cox manage their land. “We have the pieces to put this together,” Cox says. “We haven’t had that before. That’s a big deal.”