It's all in the dams. 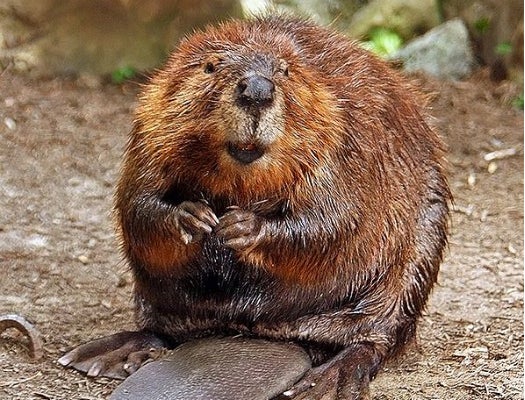 When the industrious beaver scurries around being its toothy self, cutting down trees and blocking up waterways, it’s not just altering the lay of the land; it’s out there combating climate change, a few carbon emissions at a time.

When beavers build a dam, impeding the natural flow of water, the river begins to overflow more often, creating a sediment-rich wetland area known as a beaver meadow. A new study from Colorado State University geology professor Ellen Wohl finds that these beaver meadows store carbon, temporarily sequestering greenhouse gases from the atmosphere. With reductions in the beaver population, we’re missing out on a whole lot of potential carbon storage.

Between 60 million to 400 million beavers once lived across 60 percent of North America, but European settlers substantially reduced the population through hunting and trapping. When beaver populations relocate and abandon their dams, beaver meadows eventually dry up into grasslands, and the wood and organic matter buried there begins to decompose and release carbon dioxide.

This suggests that beavers play an important role in keeping the ecosystem resilient against climate change, drought and wildfire, the study notes. Wohl found that the abandoned beaver dams she studied made up around 8 percent of the carbon storage in the landscape, and that if beavers were still actively maintaining those dams, the number would be closer to 23 percent. As such, wiping out most of the continent’s beaver population during pre-Colonial times probably had quite an impact on the climate.