Cells Are Vulnerable When They’re Squeezed 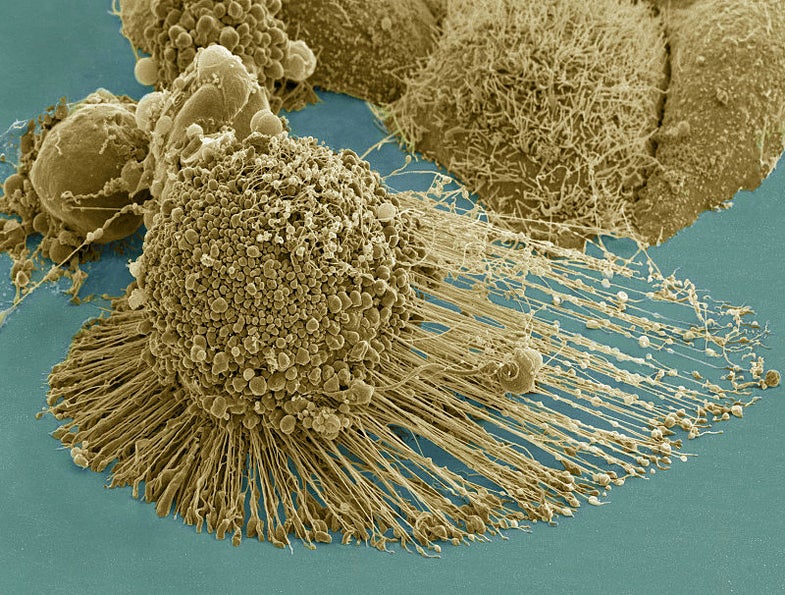 Metastatic cancer—when the disease has spread from its original site to another part of the body—causes 90 percent of cancer deaths. Once this happens, it becomes harder for drugs to target the cancerous cells. Now two teams of scientists have discovered a point at which cells are most vulnerable, which could provide a new way for cancer-fighting drugs to attack them. Both studies were published today in Science.

Cells contain the machinery to quickly stitch up any damage once it happens, but that can be disrupted. In one study, conducted by a team of French researchers, special proteins fluoresced when a cell was squeezed. They investigated the protein complex that repairs the damage and found that, if they delayed the complex, the cell’s DNA and nuclear envelope was more damaged, in many cases causing the cell to die.

In both studies, the researchers concluded that a drug that could delay the repair machinery could be effective in killing the metastatic cancer cells. That could make these most virulent forms of cancer much easier to treat.