Knitting together bones damaged by genetic mutations or trauma 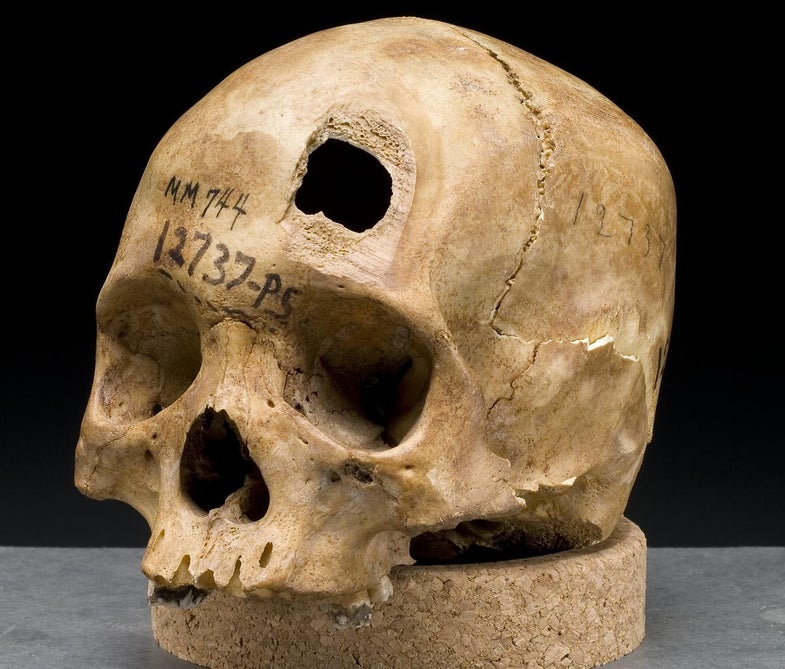 There aren’t many ways to repair bones in the head. For patients with an inherited skull deformity, or damage to the facial bones caused by accidents or surgery to treat cancer, invasive reconstructive surgery is the only way to fix the cracked bones. Now a team of researchers has discovered stem cells that grow into cranial bone cells, according to a study published today in Nature Communications. The researchers believe that this discovery could lead to new, less invasive ways to repair damaged tissues in the body.

The researchers were most interested in a gene called Axin2; mutations in this gene have been found to cause craniosynostosis, a condition in which a baby’s skull fuses together too early, inhibiting the brain’s growth. In the study, the researchers modified the Axin2 gene in mouse embryos to give them craniosynostosis. They wanted to monitor the cells that were moving to close up the skull fissures, so they used a biomarker to identify cells that strongly expressed the Axin2 protein generated from the mutated gene. As the mice developed, the researchers saw these cells move to the midline of the skull and start to knit it together.

To see if these cells could also repair damage to the skull, the researchers drilled a small hole in the developing skull of some mice embryos. Just as they suspected, the cells moved to fill in the damaged site. When the researchers removed the stem cells and placed them in a sample of soft tissue, they grew into bone, independent of the surrounding tissue.

To the researchers, this provides strong evidence that the stem cells are viable and unique to the development of the skull and face. If they could isolate similar cells from humans, scientists may be able to develop a way for patients to regrow bones in the head, without invasive surgery.