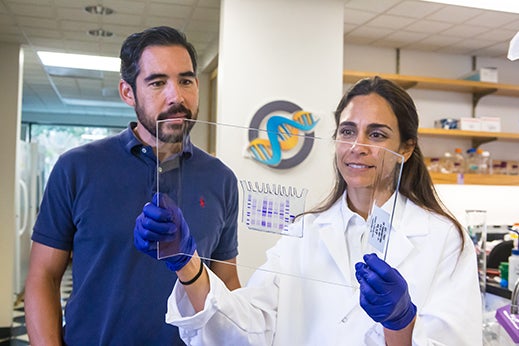 Your DNA, like that of everything else on the planet, is made of four nucleotides: A, C, G, and T. These are like a blueprint that your body reads to produce 20 different amino acids, which combine to make up the proteins that enable everything your body does, like repairing damaged cells or breaking down food.

Last year, biotech startup Synthorx announced that it had pushed the limits of biology by adding new building blocks to a bacteria’s genetic code. Now they’ve gone a step farther: those engineered bacteria have created a well-studied protein that has an added function, according to a press release the company issued yesterday. This could be the first step towards the discovery of new, more effective drugs and vaccines.

Synthorx added two more nucleotides, X and Y, to a bacteria’s DNA. These combine with the other four to make up to 172 different amino acids—over eight times the 20 commonly found in nature. These can combine to make an enormous number of proteins never before seen on Earth. 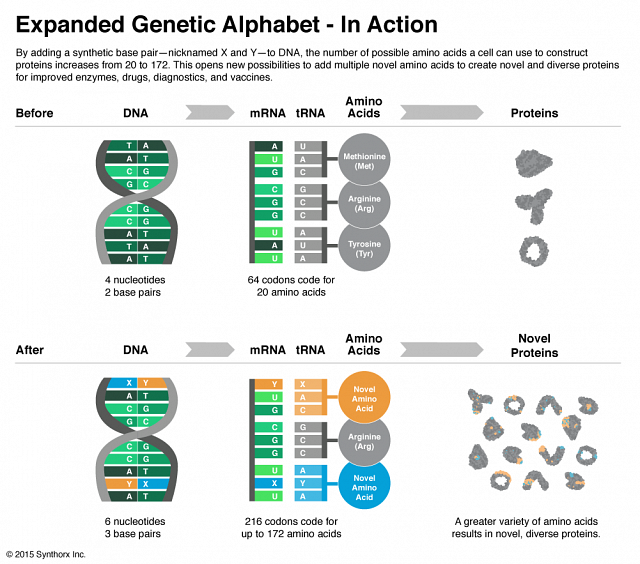 Scientists have already invented thousands of amino acids in the past to do things like fortify foods with more nutrients or make synthetic drugs. But those amino acids have proven very hard to string together in proteins. Having bacteria that can pump out proteins with an extra amino acid in a specific place could be a game changer for the synthetic drug industry. It could also be used to make new vaccines that contain a modified form of a virus that will train patients’ immune systems without the risk of making them sick, according to MIT Tech Review.

Synthorx’s experiments aren’t quite there. They added the X and Y nucleotides at specific locations in the DNA of the bacteria E. coli to generate a “well-studied protein” (they didn’t say exactly which one) that contained one or more new amino acids. When they checked the resulting protein in a mass spectrometer, they found that the new amino acid was where they had wanted it to be.

The company plans to start ramping up the complexity of DNA modifications to produce more novel proteins. “By advancing our technology to this stage, we are now poised to produce proteins containing multiple novel amino acids, to fill our drug discovery pipeline as well as enable our partners in many aspects of drug development and manufacturing,” said Court Turner, Synthorx’s president and co-founder, in the press release.

Correction (8/19/2015, 5:30 p.m. ET): The original story neglected to mention MIT Tech Review as the source for the fact about vaccines as well as for the image. The reference has been corrected. We regret the error.