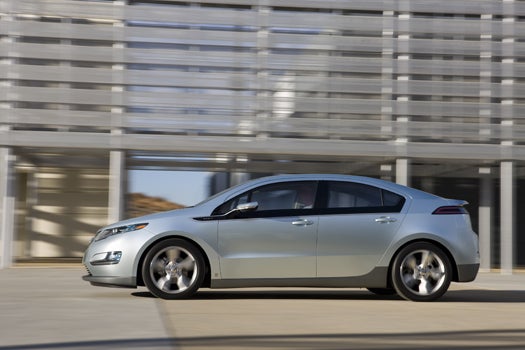 One of the most common criticisms of the Chevy Volt has nothing to do with the car itself—it’s that there are so few of them available. General Motors shipped the first 360 Volts to dealers last month, but for the first quarter of this year you can only buy a Volt in six states and Washington, D.C. GM has obviously been hearing the same complaints. Today the company announced that it would make the Volt available in all 50 states by the end of this year—six months earlier than the original plan.

This is the second piece of news in less than a week that suggests GM is seeing greater demand for its plug-in than anticipated. Last week, two unnamed sources told Bloomberg Businessweek that GM CEO Dan Akerson wanted to increase production of the Volt to 120,000 cars next year. To put that number in context, GM plans to build 10,000 Volts this year. GM’s original 2012 target was 30,000 Volts; last July, apparently feeling feisty, they bumped that number to 45,000. So 120,000 Volts would be a major jump, and we’re particularly curious how LG Chem, the Korean company that builds the car’s lithium-ion battery cells, will handle the demand. 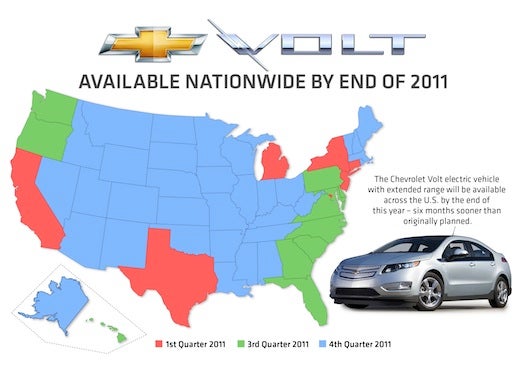 Whether the 120,000 number is true or not, expect the accelerated arrival of Volts (not to mention the Nissan Leaf, which is also rolling out nationwide by the end of the year) to focus attention on the current lack of public charging infrastructure. Nissan, whose all-electric Leaf will also be available in all 50 states by the end of the year, likes to point out that while charging spots are scarce now, by this time next year there should be some 13,000 public chargers installed nationwide. We hope that happens. If not, cities dense with apartment dwellers are going to be challenging for these cars, as Mike Spinelli’s quest to charge a Volt in New York City, posted over at Jalopnik, makes clear.

Bottled Lightning is a blog series by Seth Fletcher, Senior Associate Editor at PopSci and author of Bottled Lightning: Superbatteries, Electric Cars, and the New Lithium Economy,_ to be published in May 2011 by Hill & Wang/Farrar, Straus & Giroux. The book is about lithium, the rechargeable lithium battery, and the technological transformations it has helped (or will help) make possible—the wireless revolution; the burgeoning electric-car revival; the coming spread of clean energy. Seth also posts off-the-cuff observations on these and other subjects on Twitter._