Based on shipwreck-salvage technology, the SARbot will fish you out 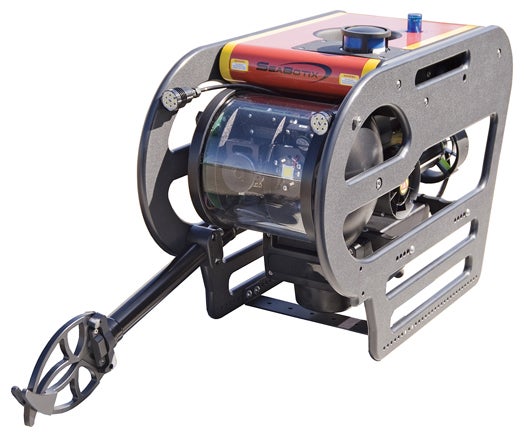 Things get very bad, very quickly for people in cold water. Just minutes after total submersion, heart and brain activity stop. But the cold also protects. If rescuers can reach a drowning victim in less than 90 minutes, it’s possible to resuscitate, often with no long-term ill effects. Inspired by this fact, Duncan Winsbury, a former station manager at the Fire & Rescue Service in Derbyshire, England, set out to build a robot that could find and retrieve cold-water drowning victims fast.

Winsbury explained his vision to Jesse Rodocker, the co-founder of Seattle robot-maker SeaBotix, and the duo made SARbot, upgrading a shoebox-size remotely operated sub typically used to salvage shipwrecks. The robot transmits sonar and video data to land via a cable. Rescuers then can use its arm to latch onto a victim and haul both him and the ‘bot in like a lobster trap.

SARbot is simple enough that trained rescuers can get it in the water in four minutes. In tests last year, it found practice dummies less than five minutes after hitting the water. “Only a few fire departments carried the jaws of life when it debuted,” Rodocker says. “Now they’re on nearly every truck. SARbot could have a similar impact.”

Impressed by SARbot’s performance, U.K. officials have shown
interest in purchasing a fleet, as have officials in Seattle and Chicago. “This can help cut drowning deaths in half,” Winsbury says. “And we never have to get our feet wet.” 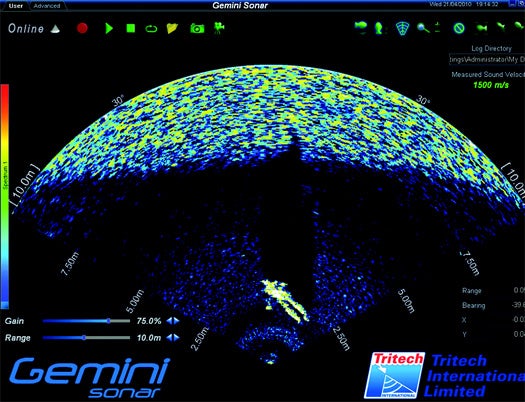 Wide-angle 720-kilohertz sonar with a 120-foot range scans the seabed for anomalous objects. In a future version, it will overlay scans on a 3-D map.

Large robotic arms and hands can secure themselves around a person’s arm or leg or securely hold onto clothing.

Data cables and a power cord are all packed into a 0.3-inch tether, thin enough that it’s neutrally buoyant and minimizes drag. The tether also has a tensile strength greater than 500 pounds, so it won’t snap as rescuers pull up a body.

A high-resolution, low-light camera with LED lighting makes it possible to see a body from up to 30 feet away. Underwater, brown colors dominate, so a video enhancer strips out the dirt and brings out prominent reds and greens to highlight bodies.

SARbot’s thrusters propel the robot at about 3 knots,
allowing it to work in the currents of most rivers and tidal areas.