The first invisibility cloak that works on visible objects 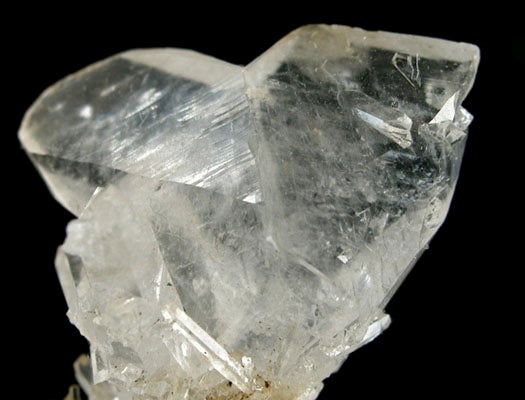 Metamaterials have long been thought the key to creating the working, visible spectrum “invisibility cloak” promised us by sci-fi, but it might be time for metamaterials to move over. Two independent labs—one at the University of Birmingham in the UK, the other at MIT—have used naturally forming calcite crystals to render visible objects (as in large enough to see with the naked eye) invisible, something metamaterials haven’t come close to doing.

Metamaterials have achieved a measure of invisibility, but not in any practical sense; they can bend certain wavelengths of light to conceal an object at the microscopic level, but so far they have not been able to work well at the macro scale or in the visible spectrum. It turns out researchers may not have needed such an exotic medium.

Calcite, an abundant crystalline form of calcium carbonate that forms naturally (it’s the primary stuff of sea shells), has long been known to have peculiar light-bending properties, and if the Birmingham and MIT findings are any indication it might have a future in cloaking devices.

In both experiments, researchers had to finely tune their crystals—they’re technically composite crystals, as the researchers basically glue together two crystals with opposite crystal orientations—then placed them over small but entirely visible objects (MIT used a small metal wedge the size of a peppercorn; Birmingham went bigger, concealing a paperclip). In both experiments, the calcite crystals essentially reflected and refracted the light coming through in such a way as to conceal the objects on the other side, making it appear as though there weren’t there.

For now, the technology is nascent and somewhat two-dimensional, though the MIT team says it has some ideas regarding how they could make the cloaking three-dimensional. And, at least theoretically speaking, the calcite cloaking technology is limited only by the size of calcite crystals, which can grow well more than a dozen feet long—large enough to conceal a person or an average New York City apartment.

To think: all that work with metamaterials when all it really takes to make oneself invisible are some special crystals. Perhaps science fiction had invisibility right all along.