As the Thrust SuperSonic Car team constructs the 1,000 MPH Bloodhound rocket car, separate teams are working on a protective... 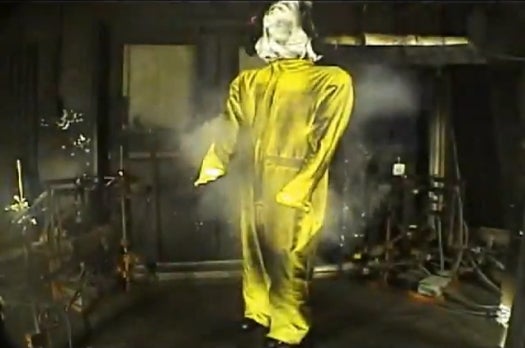 As the Thrust SuperSonic Car team constructs the 1,000 MPH Bloodhound rocket car, separate teams are working on a protective suit for driver Andy Green, so he feels safe even while driving at ludicrous speed. He’ll wear three layers of a new flame-proof fabric that can survive temperatures in excess of 1,800 degrees F. Watch a double-layer suit burn for 12 seconds in the video below.

Someone wearing the suit might suffer second-degree burns, New Scientist reports. But a person wearing conventional fire-retardant clothing would suffer fatal burns in about five seconds.

The material, designed by Lamination Technologies of Pennsylvania, uses artificial fibers spun into a fire-proof yarn. It can be exposed to flame indefinitely without burning, New Scientist says. The suit is made from a special knitting process that also protects against extreme heat.

The prototype in this video was designed for firefighters, but Lamination Technologies will build Green a suit more fitting of a racecar driver. With flameproof sponsorship patches, no doubt.