Ride into the future on three wheels 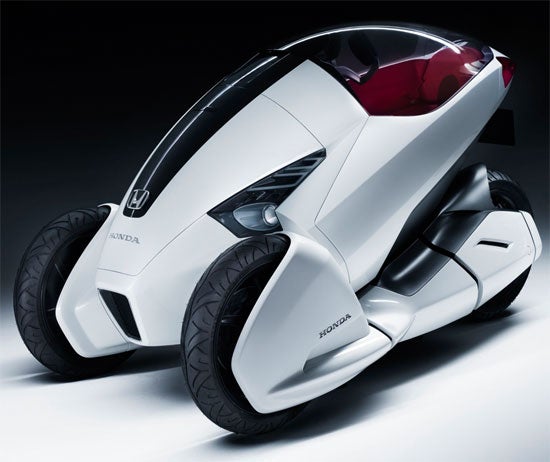 Honda’s EV-N concept may have the visage of a throwback car from the 1960s, but the car company’s new 3R-C looks like nothing less than a futuristic trike. The sleek three-wheeled, single-person vehicle is set to debut at the Geneva Motor Show next week as a zero-emission concept with a lithium-ion battery, Autoblog Green reports.

The 3R-C seems designed to address the single urban commuter, and unsurprisingly comes from Honda’s Research and Design facility in Milan, Italy. Its clear canopy lowers over the driver’s seat while parked, and is raised during operation to become a wind-shield for the rider. That’s a bit of a shame, given how perfectly streamlined the vehicle looks with the canopy down. 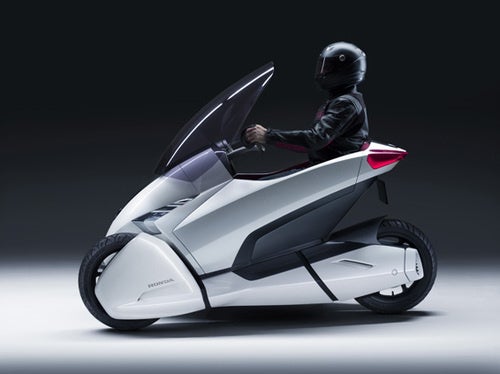 Stability for the vehicle would come from the electric drivetrain sitting low in the chassis, and there’s even a lockable “boot area” in front of the driver to provide storage for luggage.

These concept vehicles won’t enter production, but they provide some food for thought concerning the needs of future commuters winding through narrow streets or alleyways. And given global trends, it’s safe to say that the cities of the world will only become more crowded in the near future. If you’re not down with a regular bike or a full-blown car, perhaps an affordable single-seat vehicle might not be a bad alternative, unless GM’s two-wheeled P.U.M.A. somehow takes off in a way that the Segway didn’t.