The ultra-luxury car will be two feet shorter than a Mini Cooper, and come as an accessory to your regular Aston Martin 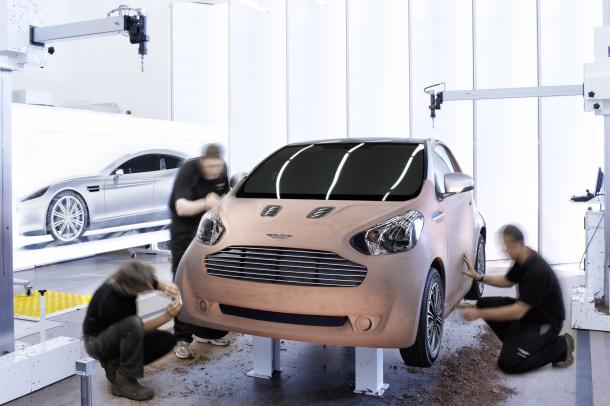 At ten feet long, the Cygnet is two feet shorter than the Mini Cooper, and decked out in Aston Martin luxury. Based on the Toyota iQ, but with a few extra features including an upgraded interior and external detailing meant to match the luxury design of Aston Martin’s significantly more expensive roadsters, the Cygnet — which is currently a limited concept car that might debut next year — seats three comfortably, or a fourth passenger can squeeze in behind the driver for a somewhat tighter ride. The company views the Cygnet as a kind of “second commuter car” for those who already own a gas-guzzling primary vehicle, and may indeed offer it as an add-on when you buy a full-sized Vantage or DB9.

“This concept will allow us to apply Aston Martin design language, craftsmanship, and brand values to a completely new segment of the market,” said Ulrich Bez, Aston Martin’s chief executive.

The iQ has a 68-horsepower engine with technology that adjusts fuel consumption for stops and starts, and gets about 50 MPG. The retrofitted Cygnet costs $32,000 — by far the cheapest Aston Martin. By comparison, a hand-assembled DB9 clocks 470 horsepower, and will run you $155,000 with no extras.