Bed Bugs: Are They Making Another Comeback Or Fading Away?

Over the past several weeks, bed bugs have been in the news again. They are apparently riding several subway lines... 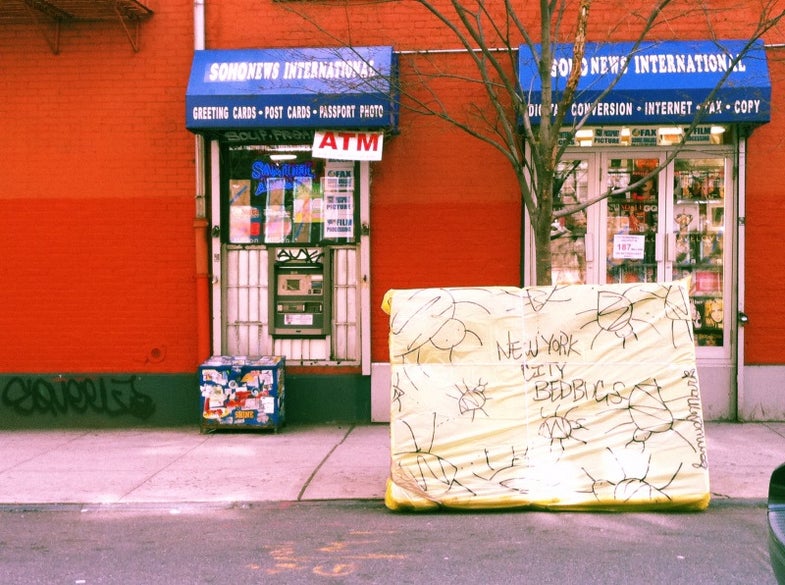 Over the past several weeks, bed bugs have been in the news again. They are apparently riding several subway lines in New York and hiding in a movie theater in California. But yet, the Wall Street Journal recently reported that the bed bug industry is dwindling and that New York’s peak-bed bug happened back in 2010.

So what’s really going on? I spent the past 3 ½ years working on a book about bed bugs, so here is my take on the current state of Cimex lectularius. Shameless plug: you can now preorder the book, which will be out this spring.

Bed bugs probably aren’t going through a significant surge right now. Instead, the news reports about subway and movie theater infestations simply represent a media flare up. I have a Google alert set for bed bugs, and every week there are stories from all over the country about infestations in colleges, retirement communities, and, yes, movie theaters. This is probably a small sample of the actual bed bug cases, most of which do not make the news. The New York subway stories are nothing new, but I think they’ve gotten more attention than most other recent stories in my weekly alert. This could be because there are more media people in NYC than most other places and New Yorkers are still recovering from the scary deluge of bed bug stories that peaked around 2010. Everyone wants to talk about bed bugs on the subway because ew, gross. (I may also be noticing these subway stories more because I also live in New York, and people keep asking me about them.)

More evidence that bed bug sightings are a constant thing: I often receive messages from friends, colleagues, and strangers asking for everything from insect identification to advice. Here are some samples from the past several months:

So no, bed bugs aren’t making a sudden comeback. They’re just doing what they always do: hanging around near people, because people are their food. They’ve been doing this for a very long time, likely since before modern humans even existed. As soon as they realized we were good to eat, they successfully followed us all over the globe, taking advantage of the fact that we are social creatures who like trade and travel. It should never surprise anyone that bed bugs turn up where we do, from subway conductor cars to clothing store break rooms to movie theater seats. But don’t worry too much: while it’s possible to pick up bed bugs in these places, it’s highly unlikely. You’re more apt to get bed bugs from your neighbor, if you live in an apartment building, or possibly from traveling.

Now the bad news: I also do not agree with the Wall Street Journal that the bed bugs are dwindling. It’s unlikely that bed bugs peaked in New York—or anywhere, for that matter—in 2010. While it’s true that the bugs resurged over the past decade or so, the frenzy of media reports in 2010 didn’t represent a particularly bad year of the global outbreak. Instead, I think that timeframe represents a collective freak-out over the bugs. They seemed like a new alien invader. We had successfully cut their numbers so drastically after WWII that recent generations had never seen a bed bug before. Because of this, the resurgence seemed like dramatic news and so every media outlet was eager to report on it. Our paranoia fed into that news cycle.

Now, we’re a little savvier. We don’t like bed bugs, but we also no longer call the health department or a newspaper or an exterminator every time we see an insect in our bedroom. We aren’t as keen on shelling out large sums of money for bed-bug-sniffing dogs and other services, hence the shrinkage of the bed bug economy. We’re more likely to show caution when traveling or shopping at second-hand stores. The bed bugs are still around, but our reaction has shifted.

What do you think? Are we calmer about bed bugs now, or at least more resigned to the fact they exist? Have you had bed bugs? Add your thoughts in the comments.