You should check how much sugar your ‘healthy’ yogurt really has

Even organic and low-fat varieties can hide half your daily recommend sugar. 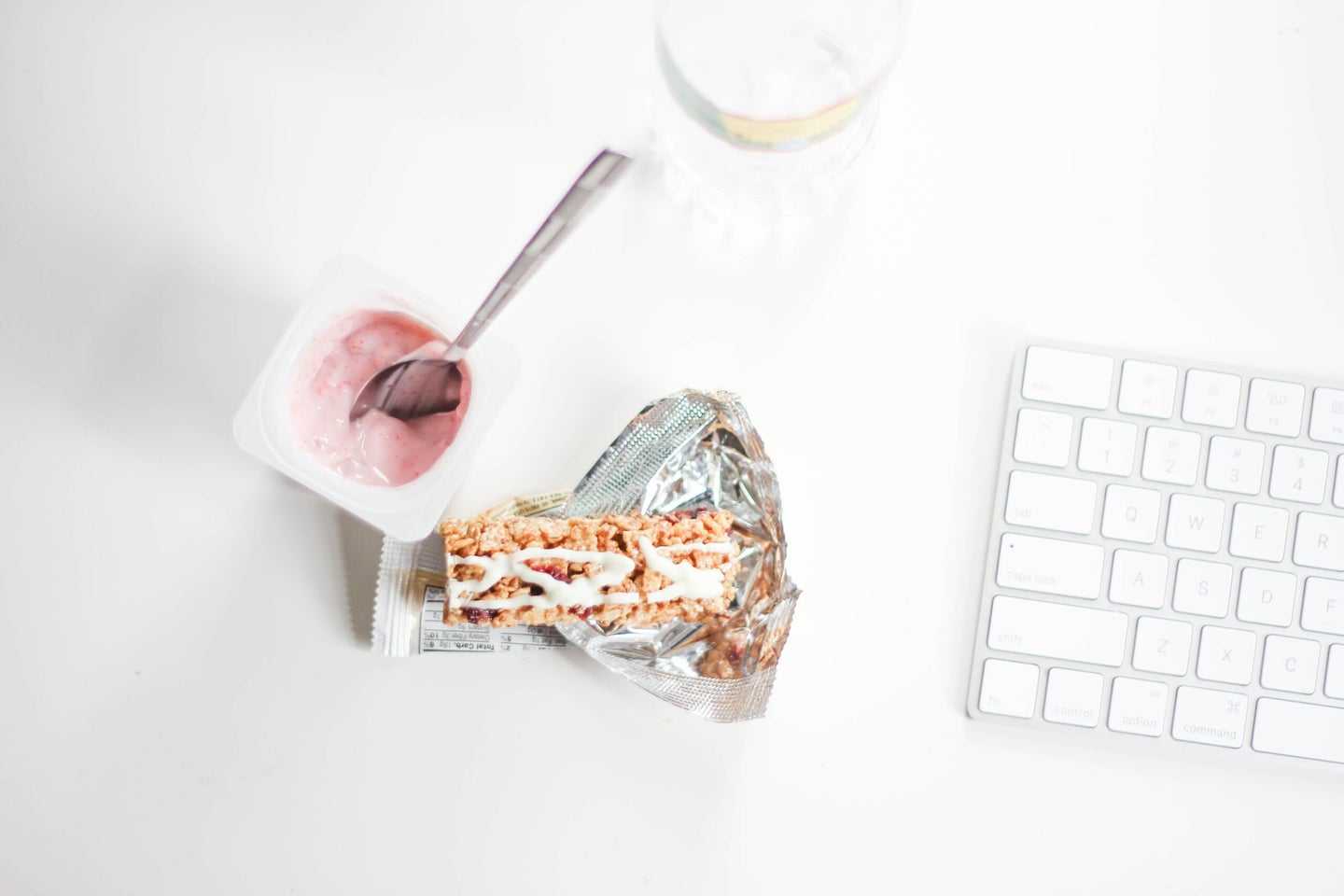 Health halos are powerful. They convince us that granola laden with maple syrup is healthy and that anything gluten-free must be better for us than the gluten-ful version.

It’s fairly easy to cut through these halos by looking at the nutrition label—but let’s be honest, most of us don’t. Yogurt feels healthy because of all those beneficial microbes, so we just figure it’s all pretty healthy—especially if it’s organic. But as a recent study in the British Medical Journal shows, that intuition isn’t always a great guide. Researchers in the U.K. decided to survey yogurt available in British supermarkets and compare the nutritional profiles of each, and found that many of them were packed full of sugar. Even seemingly wholesome, organic products can contain half your daily recommended dose of the sweet stuff in one tiny little cup.

“People don’t realize how much added sugar is in their diet,” Andrea Giancoli, a registered dietitian and dietary policy expert, told Popular Science earlier this year. “We know some obvious culprits, but not the ones that are less obvious.”

The flavored, fruit, organic, and children’s yogurt categories all had median sugar contents between 10.8 and 13.1 grams per 100 grams of yogurt. For reference, 100 grams is about 3.5 ounces, and a standard yogurt cup in the U.S. is 5 or 5.3 ounces. But even sticking to the smaller U.K. measurement, that’s about half of the daily recommended sugar for many people. American guidelines suggest that women (or anyone with a smaller body size) stick to 25 grams per day and men (or anyone with a larger body) eat under 38 grams per day. Kids should be getting even less, staying under the 25 gram mark. That means a single, tiny yogurt—one of the portions that barely feels like a snack—is giving you half your sugar for the whole day.

Part of the problem here is that flavored, sweetened yogurts are giving plain yogurt a bad name. The greek and natural (read: plain) category in this study did much better with a median of just 5 grams sugar per 100 grams yogurt. These unsweetened products are actually good for you, even when they’re whole milk, fattier varieties. Increasingly, evidence suggests that dairy is a healthy source of dietary fat, since the lipids in milk products seem to improve the lipids in our bloodstream (unlike fats from meat). Cultured dairy also has live bacteria inside, which may contribute to the maintenance of a robust, diverse gut microbiome (though this is still a growing body of research).

But the sugar in all these flavored yogurts are ruining an otherwise healthy snack. Sometimes it’s even paradoxical.

The researchers in this study found, for instance, that organic yogurts had slightly more sugar than standard varieties. It was only by about 1 gram per 100 grams yogurt, but still an interesting trend. They also found that low-fat versions tended to have less sugar than the full-fat varieties, which runs counter to some previous studies and to prevailing knowledge. Many news outlets have reported for years that low-fat foods tend to have more added sugar to compensate for the loss in flavor. A 2016 study in the journal Nutrition & Diabetes finally tested that theory and confirmed it not only for dairy products, but also for baked goods, meat products, and salad dressing. This may be a difference in markets—the 2016 study looked at U.S. products, not U.K. ones—or a difference in methods. Either way, though, the low-fat versions of many yogurts aren’t exactly healthy.

To get a brief sense of what the U.S. market looks like, Popular Science compiled some data from just a few of the top yogurt brands: Chobani, Stonyfield, Dannon, Organic Valley, Yoplait, and Brown Cow. We tried to pick a selection from each comprising of fruit yogurts, a plain, a vanilla, and any low or nonfat versions they might offer. It’s not perfect, but it gives an interesting spread.

In our mini sample, like in larger datasets, greek and plain yogurts fared the best. Most had less than 8 grams of sugar per serving, which in British terms is under 5 grams sugar per 100 grams of yogurt. But boy oh boy did the flavored yogurts do badly.

The worst offenders had roughly 20 grams of sugar, which as we’ve pointed out before is also the sugar content in a Cadbury creme egg. Imagine if someone handed you a creme egg instead of a yogurt to eat with your lunch. How healthy would you feel after eating it? Think about that next time you want to nosh on a Dannon fruit-on-the-bottom yogurt. Stonyfield, an organic brand, did better—even their strawberry variety contains “only” 14ish grams of sugar, which unfortunately is still more than half the recommended daily limit for women.

This leaves us with something of a dilemma, though: who wants to eat plain yogurt? Almost no one. (Editor’s note: HARD DISAGREE Sara—unsweetened skyr is the bomb.) But luckily, the difference in sugar content between plain yogurt and the flavored stuff is so huge that you can actually add sweetener to the plain stuff yourself and still have a healthier snack. Consumer Reports did a little demo showing that six ounces of Brown Cow’s Strawberry Whole Milk yogurt was arguably worse for you than the same quantity of Brown Cow’s plain yogurt plus one-quarter cup strawberry slices and a teaspoon of honey. The photo of it looks delicious, and the whole thing has 11 fewer grams of sugar.

Healthy choices like this aren’t generally the most convenient or the cheapest, but if you’re able to it’s important to pay attention to the hidden sugars in your food. Americans eat an average of 82 grams of sugar every day. You read that right—82 grams, or roughly two to three times the recommended amount. Anything we can do to decrease that has the potential to pay dividends later when those sugary calories aren’t taking the form of extra pounds on our bodies. Nutritionist Giancoli’s advice? “I tell people to read the labels and to get more familiar with the names,” Giancoli told us. “And don’t be convinced by organic or natural because they all act the same in the body.” The Food & Drug Administration is trying to make it easier for consumers by forcing manufacturers to list added sugars on nutrition labels, but that assumes that you actually read the nutrition label. Get in the habit: You might be amazed at how much sugar you can cut out just by being aware.