Or rather, a lack thereof. 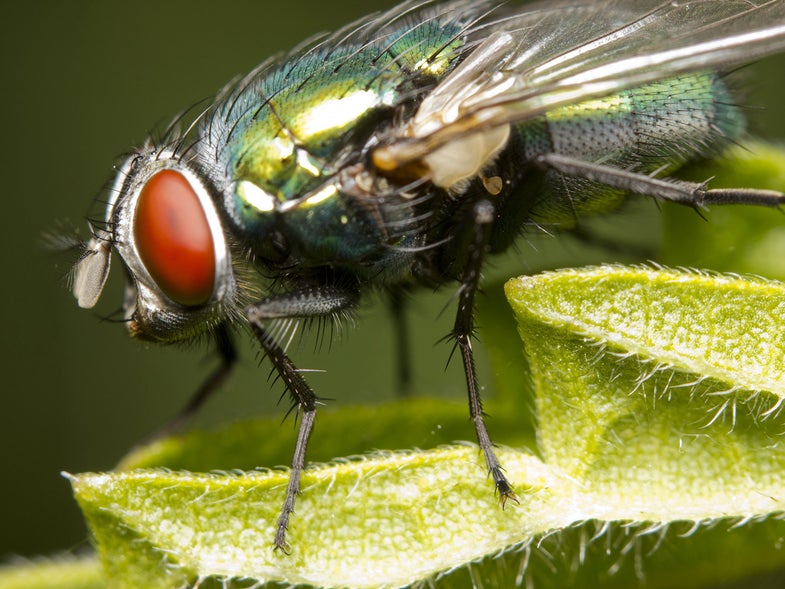 On Jan. 2, 2018, Kirstin Blaise Lobato, who was charged and convicted of murder, walked free from a Nevada prison due entirely to forensic entomology.

Forensic entomologists study the insects colonizing a dead body to estimate how long they have been active on the body and infer time of death. What was so unusual in Lobato’s case was not the presence of insects, but rather the absence of insects on the body.

Yet neither defence nor prosecution lawyers queried this absence, an oversight that led to Lobato’s 16-year incarceration.

It was only after I was contacted in 2009 to assess the forensic entomology evidence, or rather the lack of it, that it became clear there was forensic evidence that could prove her innocence.

Seventeen years earlier, at 10:15 p.m. on July 8, 2001, a homeless man was found brutally murdered in an outside trash area behind the Las Vegas strip.

He had been stabbed and slashed multiple times. His rectum had been cut open and his penis cut off. His body was found lying in pools of blood.

Lobato was identified as a suspect only because, a month earlier, a different man had attempted to rape her. She had defended herself with a small pocket knife and had slashed at her assailant’s genitals. She did not cut off his penis, but left him “crying.”

When police found that the dead man’s penis had been removed they searched for anyone in town who had cut a penis. They found Lobato, who was only 18 years old at the time, and charged her with the crime.

The pathologist originally stated that death had occurred just before the body was discovered at 10:15 p.m. Lobato had an unbreakable alibi for most of that day. However, the pathologist then changed his mind, determining death had occurred one to 12 hours before discovery. During the 2002 trial, he changed his opinion again—to as much as 24 hours before discovery.

Lobato was convicted of first-degree murder and sexual penetration of a dead body, despite any physical evidence tying her to the murder scene.

This trial, however, was overturned due to errors and Lobato was retried in 2006, at which time the pathologist again changed his time of death and stated that the murder occurred eight to 14 hours before discovery.

This time, Lobato was found guilty of voluntary manslaughter and sexual penetration of a dead body. This latter charge was based on the rectum slashing, because it was claimed that this had occurred after death, despite the fact that pathologists stated it occurred while the victim was alive.

This is an important distinction because it resulted in Lobato’s registration as a sex offender for the rest of her life.

No insect evidence was present

In December 2009, Hans Sherrer, editor and publisher of Justice Denied, a magazine dedicated to the wrongfully convicted, contacted me regarding Lobato’s case. He said he had photographs of the body and scene and asked if I could I do anything.

Normally, the answer to that is “no,” because a forensic entomologist cannot just “look” at a maggot. We need to study the insects under a microscope in order to see specific features. However, when Sherrer described the state of the body and the state’s case, I agreed to take a look.

Insects, in particular blow flies, are the first witnesses to a crime. They are attracted to a body immediately after death if the conditions are appropriate.

They are attracted to lay their eggs close to wounds or orifices so that newly hatched first instar or first stage larvae can feed on liquid protein because, at this stage, they are unable to break an adult human’s dry skin. This means the female adults are very good at locating wound sites so their offspring can feed on blood.

Blow flies will lay large clumps of eggs on the body that are clearly visible; they look a bit like a small clump of grated Parmesan cheese. Even single eggs are one to two millimetres long, so they can easily be seen in a photograph. In this case, absolutely no insect evidence was present on the body.

Adult blow flies usually arrive within minutes, or even seconds, of death if conditions are appropriate, such as season, temperature, accessibility, and time of day.

The insect season is generally from spring to fall in most of North America, so a death that occurs in mid-winter will not attract insects. Insects are cold-blooded, so their development and activities are governed by ambient temperature and they generally become inactive below around 10 to 12 degrees Celsius.

They also need to be able to reach the corpse, so if it is well-wrapped in garbage bags or inside a house, they will be delayed. Finally, blow flies are diurnal, which means they are active during the day and they rest at night. If a person dies in the night, they will not be colonized until the following morning.

In Lobato’s case, almost all circumstances were perfect for insect colonization: the season was summer, the weather was hot, and the body was exposed outdoors with only a few pieces of trash covering him, which would not have impeded insects. The body was covered in wounds and very bloody so it would have been extremely attractive.

The only explanation for the lack of eggs on the body was that the victim died after sunset on the night his body was discovered.

In December 2009, I submitted an affidavit stating that, in my opinion, the man had died after sunset on July 8, when Lobato had an air-tight alibi.

A writ of habeas corpus—indicating that Lobato was falsely imprisoned—was submitted in early 2010 but was denied in 2011. A reply brief was filed in October 2012, but there was no response until September 2014, almost two years later. A further two years elapsed before Lobato was granted a hearing in 2017 when the Innocence Project became involved—an organization that works to exonerate the wrongfully committed.

I, and two other forensic entomologists whom I recommended, testified in front of a judge in October 2017. We all stated that insects would have been attracted to this body very rapidly and the lack of eggs suggested that death had occurred after sunset. Prosecution brought in a fourth entomologist who said you could not be absolutely sure.

Two months later the court granted Lobato’s writ of habeas corpus and ordered a new trial based on our evidence, stating that Lobato’s lawyers were ineffective in not consulting an entomologist in the original trial.

Ten days later, the court vacated Lobato’s conviction and dismissed all charges against her. Lobato was released “with prejudice,” meaning she cannot be retried.

Gail Anderson is a Professor of Criminology, Undergraduate Director at Simon Fraser University. This article was originally featured on The Conversation.